Alejandro Valverde 8th at Imola Worlds – at 40 years of age 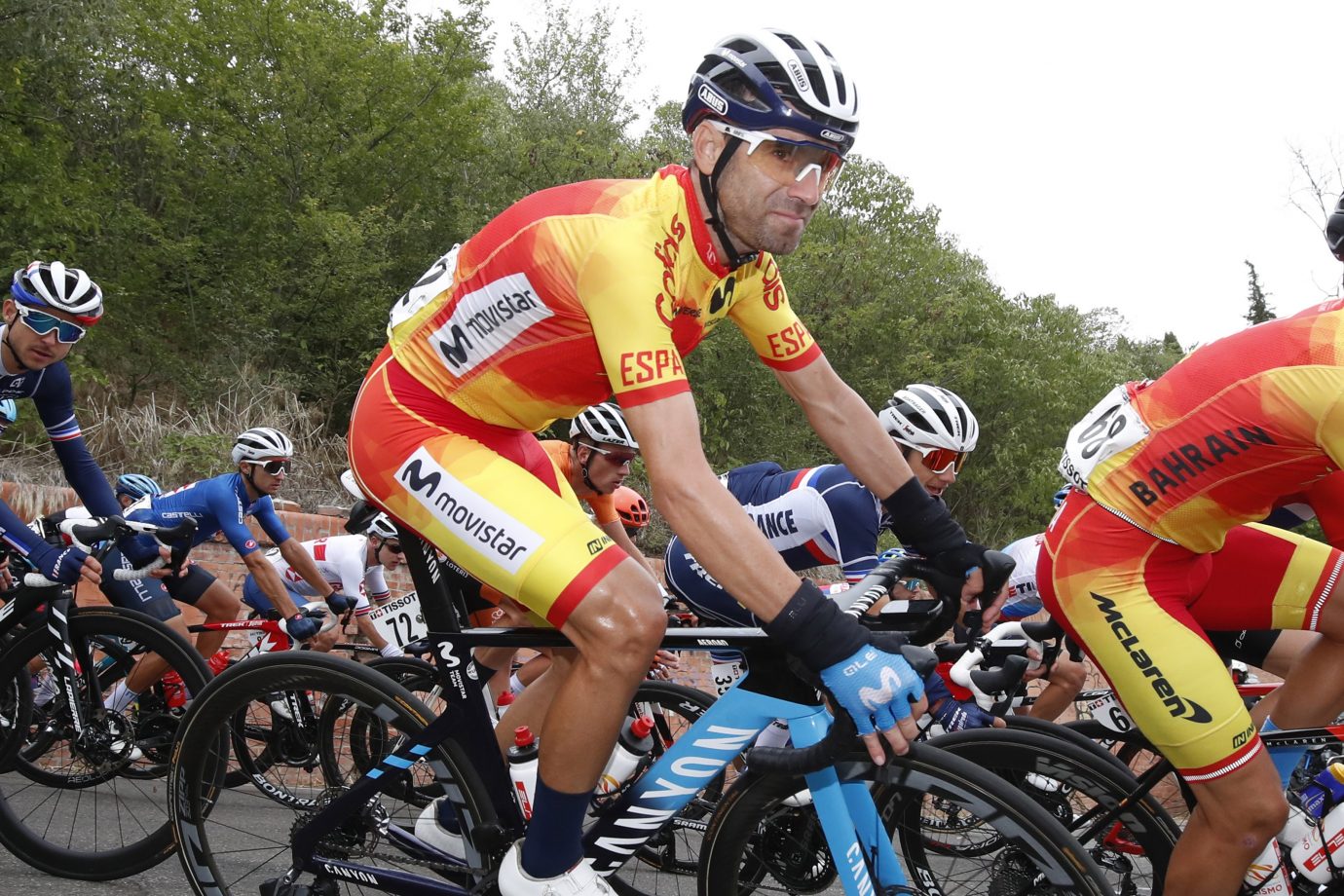 Frenchman Julian Alaphillipe (DQT) claimed in Imola on Sunday his first world road race title after the 257km course in Emilia-Romagna, over nine laps of a tough circuit over the climbs of Mazzolano and Cima Gallisterna, saw him going into a memorable final solo. The race also witnessed Alejandro Valverde (Movistar Team), supported by a solid Spanish national team including Blue team-mates Enric Mas and Marc Soler, leave everything on the road to get yet another good result.

The marvel from Murcia, well supported until the last lap of a race where Tadej Pogacar (SLO / UAD) made the race contenders nervous with his early attack, couldn’t keep up in the last Gallisterna climb (-12km) against a six-man lead including Alaphilippe, who used it as launchpad for the rainbow jersey. Wout van Aert (BEL / TJV) took silver at the pursuit group’s sprint, ahead of bronze medalist Marc Hirschi (SUI / SUN), whie Valverde led home the third group alongside Michael Matthews (AUS / SUN) to take 8th place.

It’s Valverde’s eleventh top-ten result in the World Championships, the 2018 winner in Innsbruck capping off a brilliant series of results in his 14 appearances in the event, with the all-time most medals for an individual (seven) and only three results outside of a top-ten he again got today.