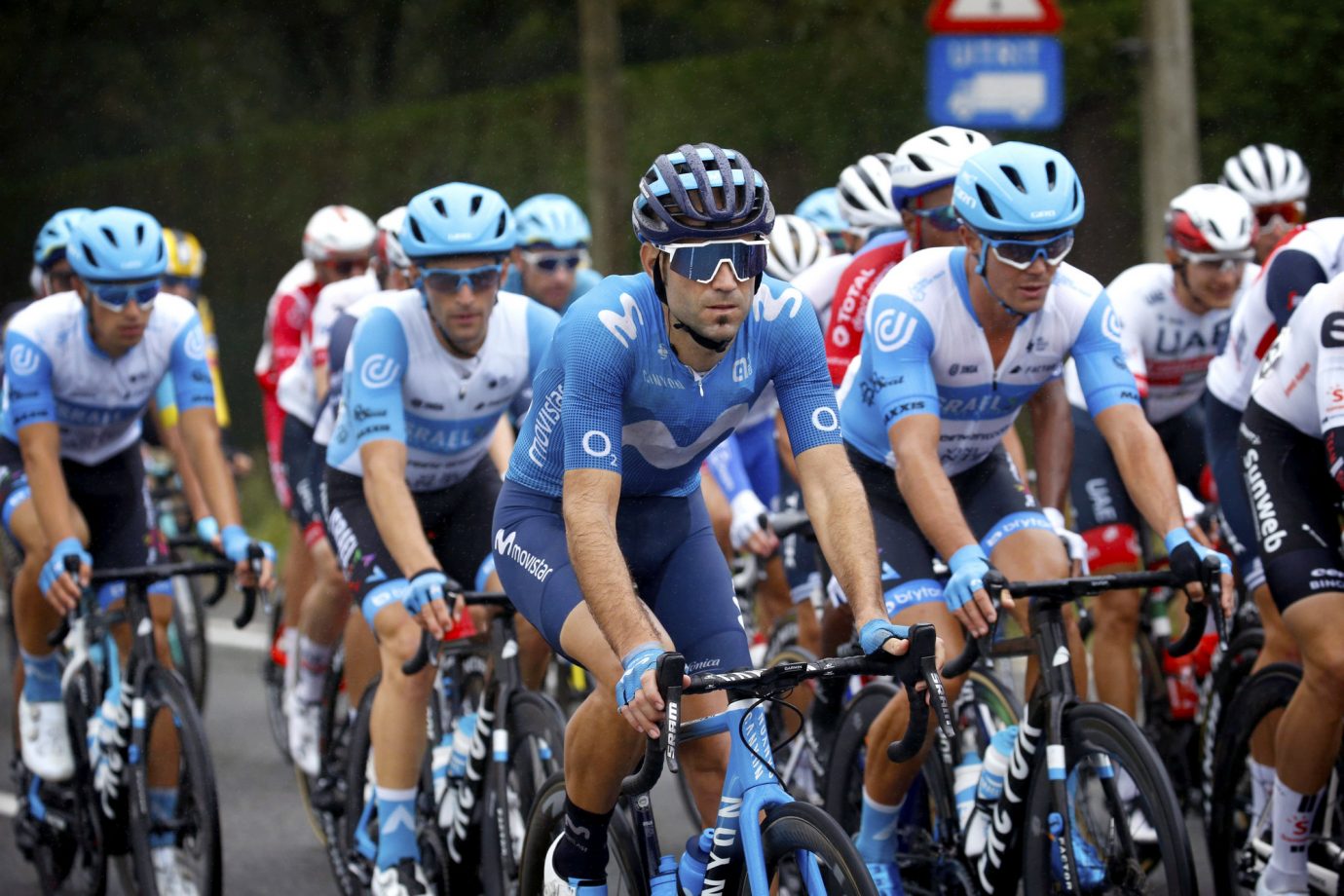 Jürgen, Lluís most affected from Movistar Team at pile-up with 4km remaining, with all Blues distanced but Johan Jacobs, who made it inside leading group. Philipsen (UAD) wins stage one, takes GC lead.

A significant crash into the last 4km of stage one in the 2020 BinckBank Tour, a short, intense journey from Blankenberge to Ardooie in Flanders (132km), overshadowed the Movistar Team’s calendar resumption after the World Championships in their last one-week stagerace of the season.

The incident, occurred outside the ‘safety zone’ of the last 3km, left four of the five Blues distanced from the main field -Sebastián Mora did not make the travel, due to a herpes labialis and feeling unwell-. Other than Juri Hollmann and Mathias Norsgaard, who finished without any crashes, the Blues were involved with Jürgen Roelandts -who suffered a significant blow to his hip and some bruises- and, most notably, Lluís Mas. The Mallorca native crashed against his left side over some bikes and sustained, from the early reports, a blow to his ribs, though he was luckily able to get back on his bike and, just like the Belgian.

Johan Jacobs stayed away from the incidents and finished near the front at a selected bunch sprint, where Jasper Philipsen (UAD) won by a short margin against Mads Pedersen (TFS) and Pascal Ackermann (BOH). Wednesday will see an important ITT test in the Netherlands, 11km in and around Vlissingen that should create further time gaps in the GC.

— UPDATE, Wednesday 30th (0730 CEST): Late on Tuesday evening, the organisers of the BinckBank Tour announced that the ITT to be held on Dutch soil will not take place, as all three towns where it would be carried out have decided not to allow it as the new restrictions imposed by the national government imply no fans are allowed at sporting events. The race should resume on Thursday.