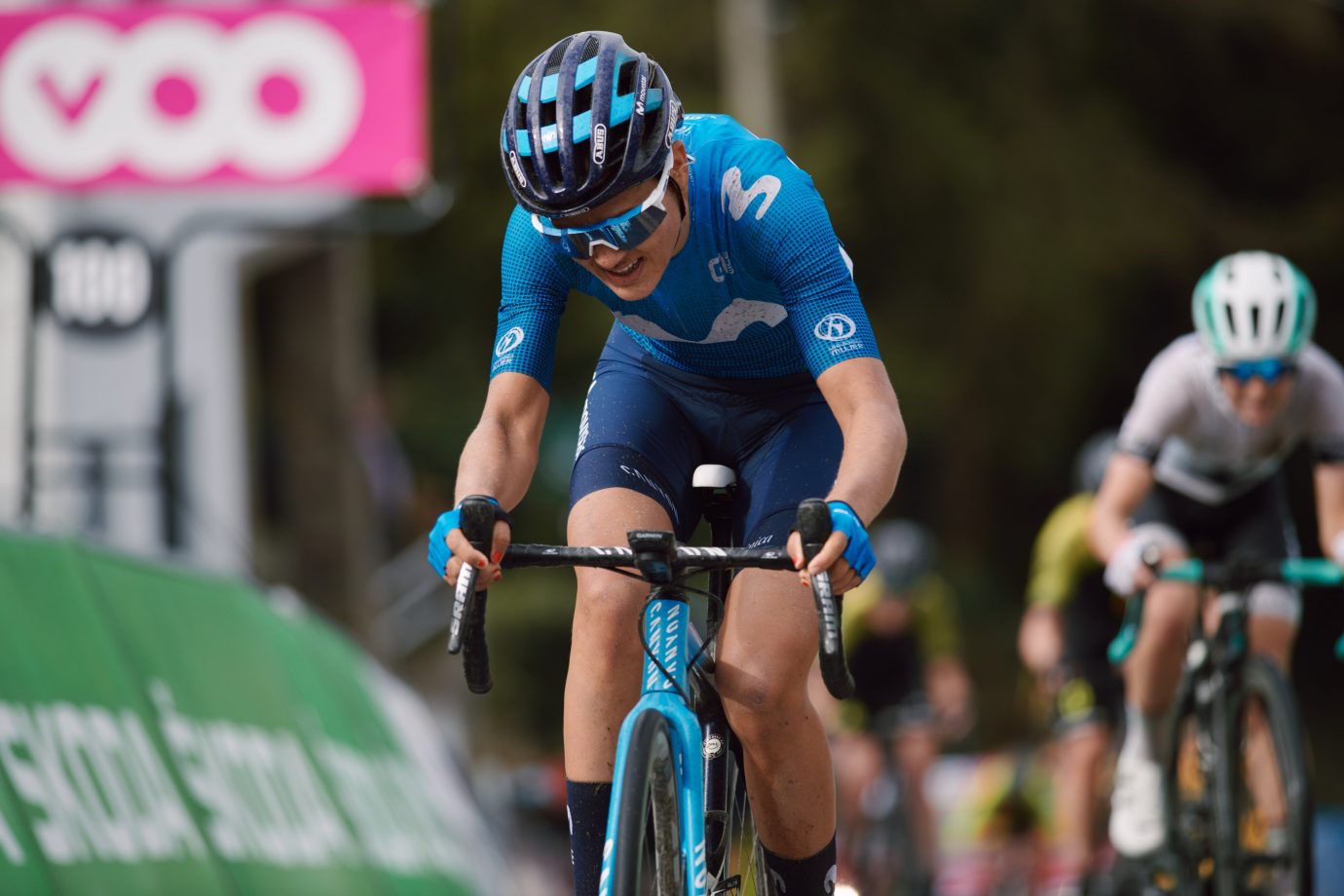 It was another victory -her sixth on a row- for World Champion Anna van der Breggen (DLT) at the 2020 Flèche Wallonne, held Wednesday over 124km in Belgium with a double final circuit around the ‘côtes’ of Ereffe, Chemin des Gueuses and the traditional Mur de Huy (1.3km at 9.3%). The Dutchwoman found strong opposition into the final slopes this time, with Cecilie Uttrup Ludwig (FDJ) coming just behind her in 2nd place and ahead of Demi Vollering (PHV, 3rd).

The Movistar Team completed a decent performance by getting two riders into the final selection of 30, created after the first climb to the ‘Mur’, with Katrine Aalerud and Jelena Erić. The Norwegian, supported by the former Serbian champion before the penultimate ascent (Gueuses) and helped out earlier in the race by González, Oyarbide, Rodríguez and Patiño, initially tried to follow a deep acceleration from Ashleigh Moolman (CCC) into the first climb to Huy, choosing later on to follow her own pace for the decisive ascent to the finish. Katrine finished in 11th place, 32″ behind Van der Breggen and just short for a top-ten result she already deserves, following good performances in the Giro Rosa and the World Championships.