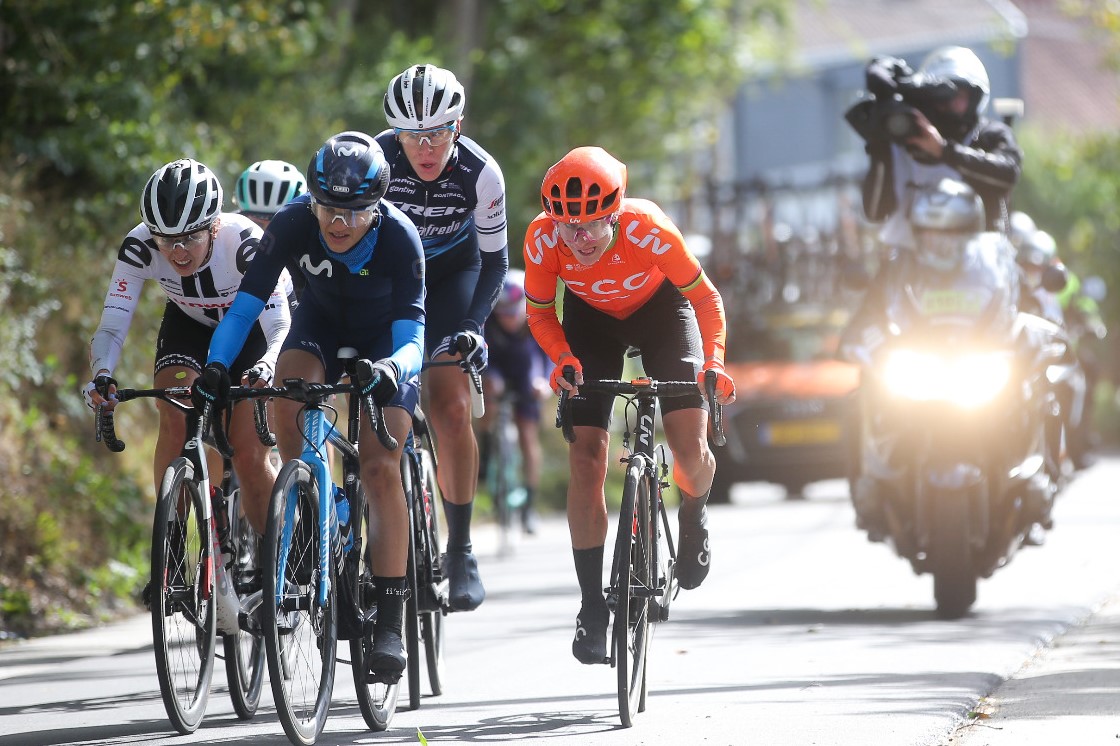 She already was the Movistar Team’s top performer at last Wednesday’s Flèche Wallonne, and Katrine Aalerud was close to notching up a podium finish at Liège-Bastogne-Liège (UCI Women’s WorldTour), held on Sunday over a grueling 135km with rain, wind, cold temperatures and half a dozen brutal hills in the heart of the Ardennes.

The Norwegian rider showed great strategical nose by joining the winning move, a split formed around 60km from the end, after crossing Stavelot, where she was joined by Vos (CCC), Labous (SUN), Barnes (CSR), Pieters (DLT), Reusser (PKA), Van Dijk (TFS) and the two eventual victory contenders: Lizzie Deignan (TFS, 1st), who jumped away at La Redoute (-30km), and Grace Brown (MTS, 2nd), who went after her at the Roche-aux-Faucons (-15km).

Aalerud, who took all responsibility in pursuit at the climbs, tried to surprised her group with two attacks inside the last 2km, which were incredibly close to taking her to the podium of a ‘Monument’. She ended up in 9th place, a result which doesn’t overshadowed her commitment and great efforts in this 2020 season, becoming national champion and shining at both the Giro Rosa and the Ardennes in her maiden year in Movistar Team colours.

At the men’s race -conquered by Primoz Roglic (TJV) in the most chaotic finish available, with Julian Alaphilippe (DQT) close to taking Marc Hirschi (SUN) down at the four-man sprint and celebrating too early, being overtaken by the Slovenian-, the Movistar Team also made it to the front with a long break by former U23 Spanish Champion Iñigo Elosegui.

The Basque allrounder joined the morning escape after just 7km and was caught with about 50k to go, always fighting to keep the lead of a race quite together until the final climb, Roche-aux-Faucons (-15km), despite several moves that included Matteo Jorgenson -who had crashed earlier, with a big bruise to his right leg’s thigh as a result-. In the end, Carlos Verona (29th, +58″) was the top finisher for the Telefónica-backed outfit.

Iñigo Elosegui: “We knew it was going to be so hard, because there were strong headwinds into the opening 100km. It was my first experience into such a long break. It was important to be there, so we could help in case there was an attack from a team-mate behind. Happy about this experience.”