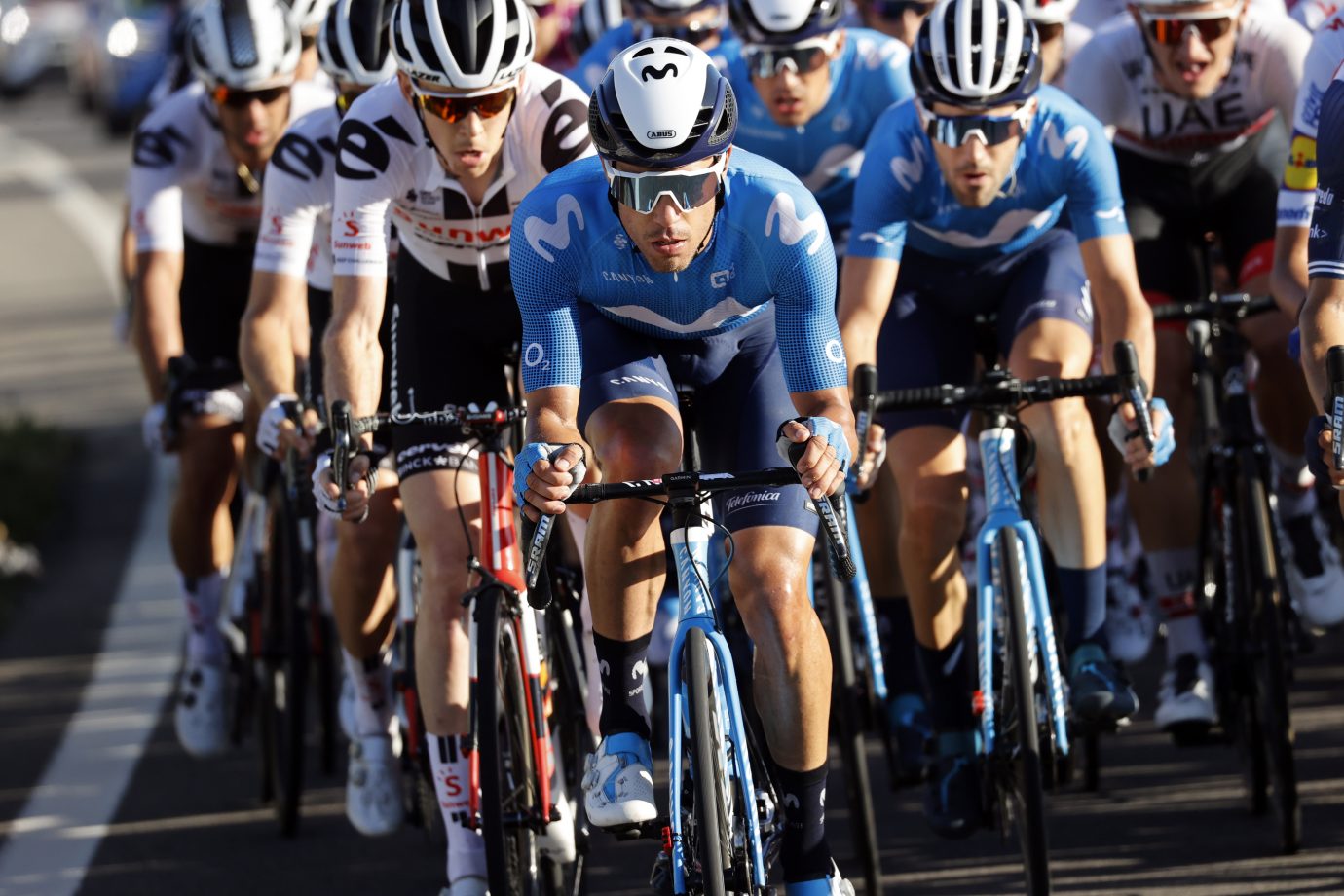 Crosswinds and mass crash twice split peloton at fastest Giro road stage in decades (51.2kph), as solid Movistar Team, with strong Torres & Cataldo at the helm, gets through difficulties well.

Full speed ahead! Despite having already enjoyed two sprints this week, Friday’s stage seven was bringing the first real chance for a fully-fledged ‘volata’, with even those sprinters less suited to the mountains having a chance. It was a sprint in all senses, with just 143 km -to be probably covered in about three hours-, no categorized climbs and a flat finish in Brindisi.

Watch out for the wind! Barring the section prior to the bonus sprint, the race would face crosswinds of a sustained 30kph, and gusts of 50kph, for the entire route. It had not played a factor in the first part of this Giro, yet it could enjoy a huge role today…

Will it be a sprint or a breakaway on Saturday? The scenario turns wide open again tomorrow on stage eight (200km), always near the coast on the way between Giovinazzo and Vieste (Gargano). The riders will tackle the Monte Sant’Angelo (Cat-2) halfway through the race and some little climbs before the final circuit; if there’s teams willing to keep things under control, there could be another ‘volata’; if not, the race will be all the more spectacular.