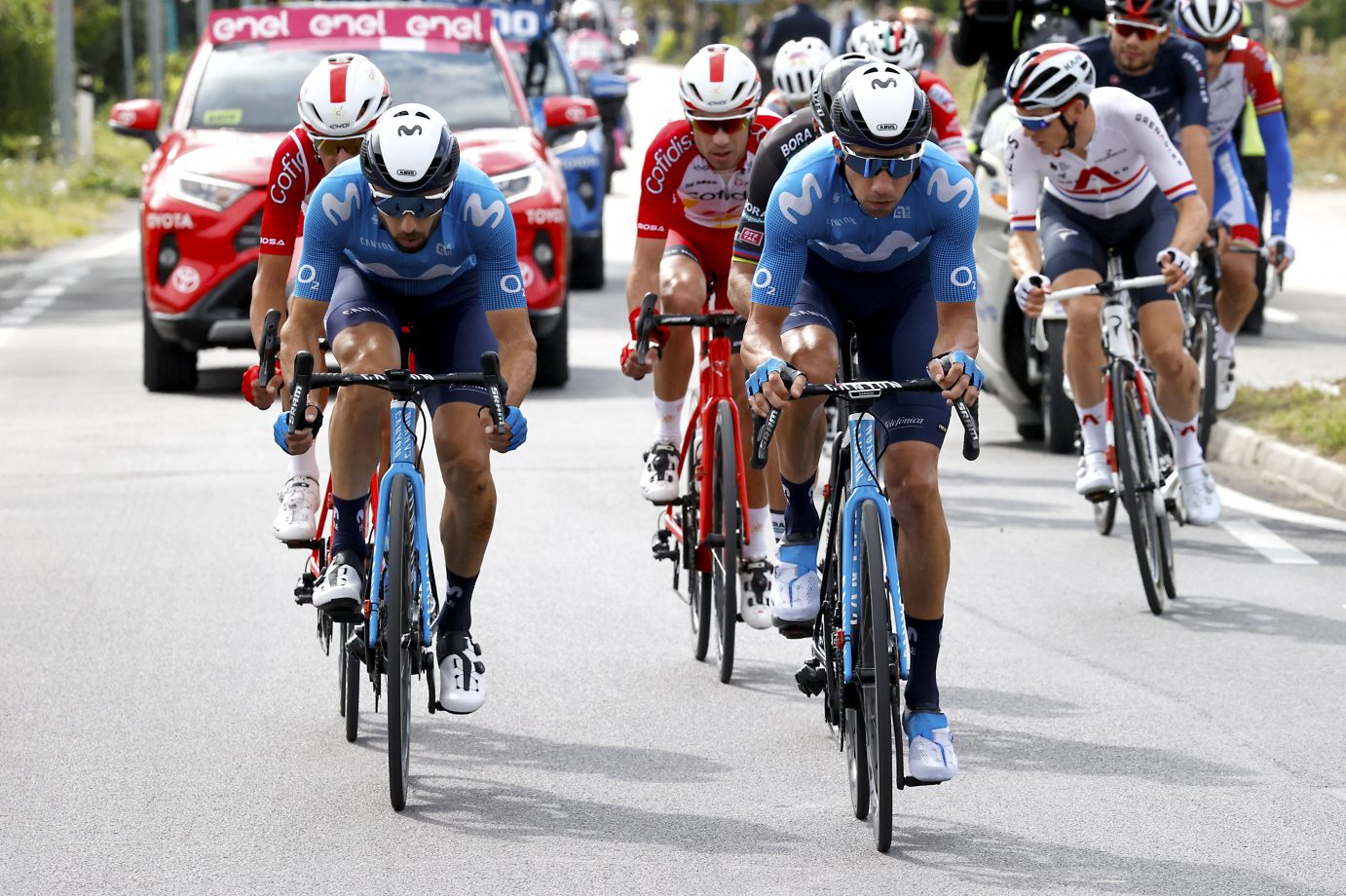 The 2020 Giro d’Italia resumed racing on Tuesday with a torturous stage ten, starting at Lanciano -Dario Cataldo’s birthplace- and finishing in Tortoreto after 177km. Up to six little, steep climbs awaited the riders into the last hour and a half of racing, with two ascents to the higher part of Tortoreto (Cat-4; 2km at 8%); the GPM of Colonnella (Cat-3), with maximum slopes of 24%; and the non-categorized climbs of Controguerra (1km at 9%), Colle Luna and Via Badette (2km at 8%). An ideal stage for a breakaway, yet also one that suited a late attack from the GC contenders.

Even if we’re probably not fully aware since we are in the middle of the Giro, we must keep it in mind: there wouldn’t be any kind of bike racing in Europe if circumstances were normal, and temperatures are coming down (the more we get to northern Italy, the coolest). Riders would be enjoying a maximum of only 16ºC, despite racing by the coast, and the chances fo rain, even if slim before the race, could always surprise the peloton during the stage itself because weather is more variable.

Dario Cataldo: “We sought for the break since the very beginning, as we always kept in mind that today’s profile was well suited to a winning breakaway. So, together with Davide, I tried it hard, I left all my courage and heart on the road – yet it wasn’t enough. When you tackle roads like these, where riders like Sagan, explosive classics specialists, who do so well as short, steep efforts and recover better, it’s really hard for someone like me. You try to anticipate their moves and jump ahead of them, because it’s impossible otherwise to beat them. All in all, a beautiful stage, with a tough course, the landscapes, excellent roads – a great spectacle.”

Stage 11 on Wednesday will mark the first of two bunch sprint opportunities this week, the 182km route between Porto Sant’Elpidio and Rimini containing no big difficulties for the sprinters and their teams. The climbs will be back on Thursday, with a beautiful mid-mountain journey around Marco Pantani’s hometown of Cesenatico.