Tense day, yet no echelons towards Ejea; Enric Mas remains in 4th 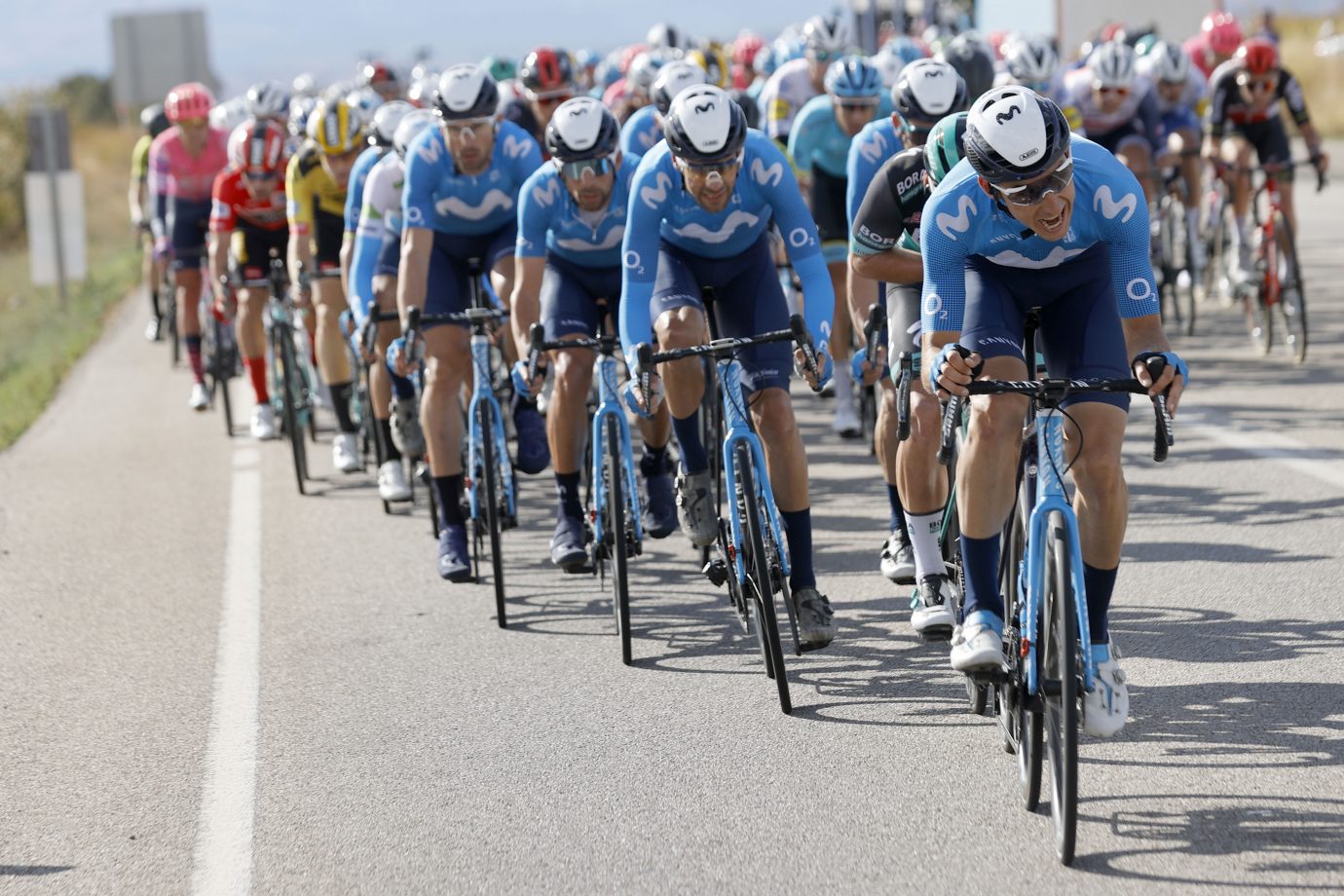 Crosswinds not as evident as the peloton expected at Aragón plans, as Movistar Team keeps team leader well protected before first sprint, conquered by Bennett (DQT).

One of the most feared stages in the 2020 La Vuelta, and not for its abundance of mountains -it’d be the first day so far with no categorized climbs-. The winds were the main obstacle on the 192km route between Garray and Ejea de los Caballeros, a town so enthusiastic towards cycling and which would have to see the race – as with every finish in the event – from their TV screens.

A cool, cloudy start, with around 12ºC in Garray, with sunnier skies in the second half of the race, about 20ºC in the Cinco Villas area. Moderate winds, of about 20kph, with some strong gusts – not as excessive as on the opening stage, yet quite noticeable anyway.

Enric Mas: “It was a nervous stage, though it’s true that it wasn’t as stressul as we expected, since the winds didn’t blow as much as we thought they would. It wasn’t calm, either, other than a little section halfway through the race where we could take the foot off the pedal for a bit, but the rest has been pretty much full-gas. We took to the front of the bunch at two sections of the stage to keep ourselves protected if such a situation arose, but as I said, the winds weren’t so strong. We finished in a good position, with no time lost, and that’s what counts – we’re fine. Tomorrow’s stage will already be a difficult one, with those final climbs. We will have to remain focused and also think about sunday. Even if Formigal isn’t as hard as the Tourmalet, it will surely be demanding.”

Alejandro Valverde: “It was a ‘calm’ day, between several pairs of quotation marks. Nothing happened when it comes to the overall results, but it was so, so tense with the wind, so we needed to ride super focused. I’ve really seen Enric doing well in this opening part of La Vuelta, and everyone in the team is thinking about supporting him and having the Movistar Team winning La Vuelta. Yesterday was a difficult stage, after two mountain days and with a less tough pace in the beginning, the cold temperatures and the rain, everyone’s legs did not react exactly as they planned. In my case, I’d have liked to have a warmer start to La Vuelta, but it is what it is, we already knew it would be like this when we took the start.”

Saturday’s stage five in La Vuelta will be entirely covered in the Huesca province, next to the Pyrenees. The 184km between Huesca and Sabiñánigo featured a demanding course in the second half of the race, over the ‘altos’ of Vio (Cat-2), Fanlo (Cat-3) and Petralba (Cat-2), the latter crested just 18km from an uphill finish (last km at 5%).