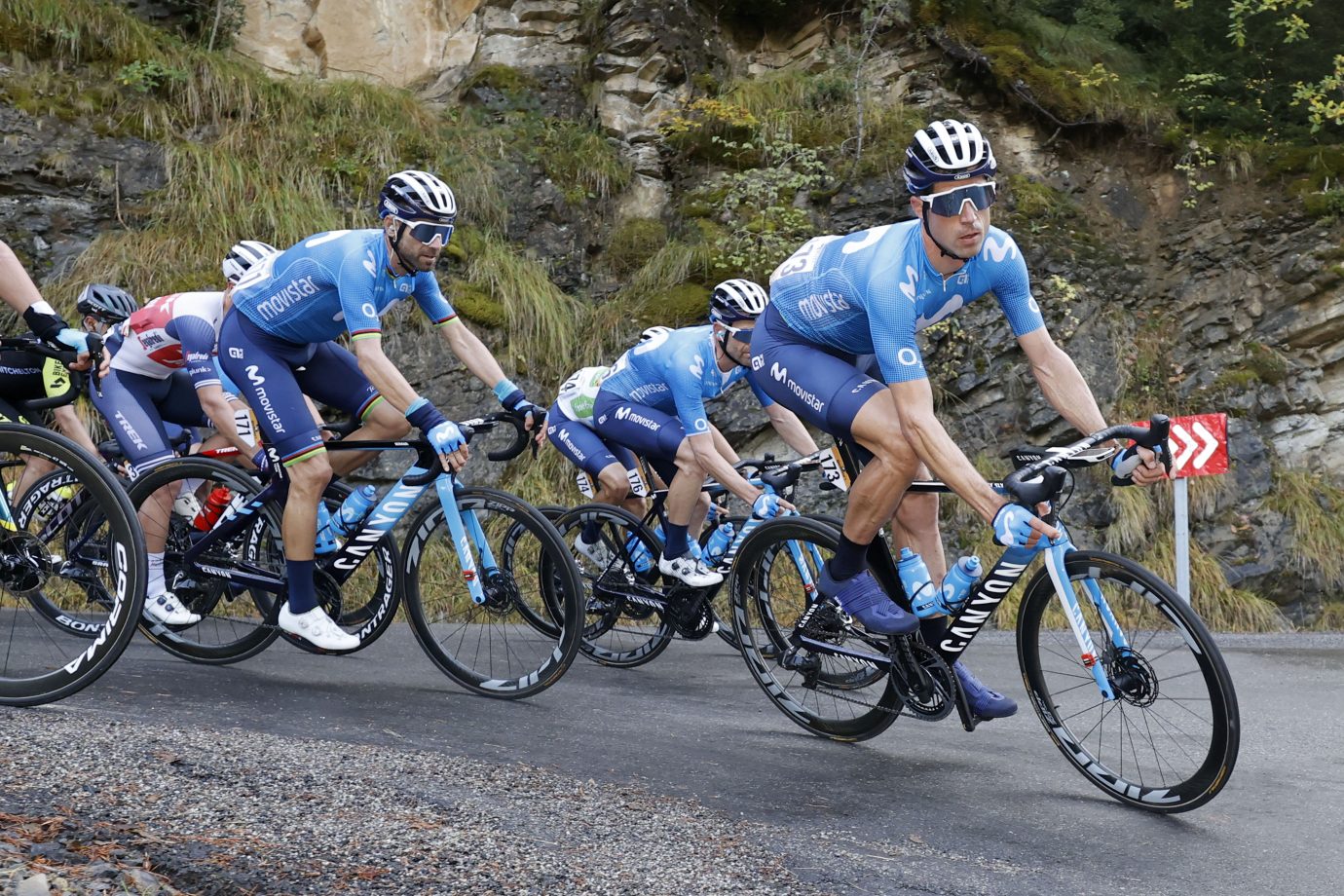 A journey through the Alto Aragón for La Vuelta on Saturday, with a quite demanding finale in the 184km from Huesca to Sabiñánigo, featuring three categorized ascents: Vio (Cat-2), Fanlo (Cat-3) and Petralba (Cat-2), the latter just 18km from an uphill final kilometer at 5%.

Quite a pleasant day, with some clouds in an otherwise clear sky, temperatures between 11ºC (at the climbs) and 17ºC (in the lowest part of the route, near Barbastro) and southerly winds, not too strong.

Enric Mas: “I didn’t see the crash, to be honest. I was riding on the outside of that turn and the crash happened on the inside. I don’t know how it happened and I could only watch José Joaquín going down. They say a rider touched him from the inside, but I don’t know what happened. I hope the jury makes a clear choice about those splits, because it wasn’t a slope where we were going to lose any time, everyone was strong enough to finish together with each other. We were togethe before the crash and the splies happened afterwards.

“In the end, it was a really nervous, demanding stage before the break got former. It was an intelligent move from Kuss, too; should it have gone well for them as the break gained some time, it’d have been a worrying attack for us, but INEOS did a good job pushing hard before they took a significant gap and if they hadn’t done so, we would have gone to the front quickly. It will be another tough day tomorrow, a race of attrition, under rainy, cold conditions. It will be an important day with those finishing climbs.”

We can’t wait to get to Sunday’s stage six (watch out for the time change), which will put an end to the first block of La Vuelta with another mountain-top finish, different from the one originally scheduled atop the Fourmalet yet equally as interesting. Formigal (Cat-1), an irregular, 14km ascent with a final section of up to 9% gradient, will be preceded by the ‘altos’ of Petralba (Cat-3; climbing through today’s final descent) and Cotefablo (Cat-2) at a 146km route which already decided La Vuelta four years ago…