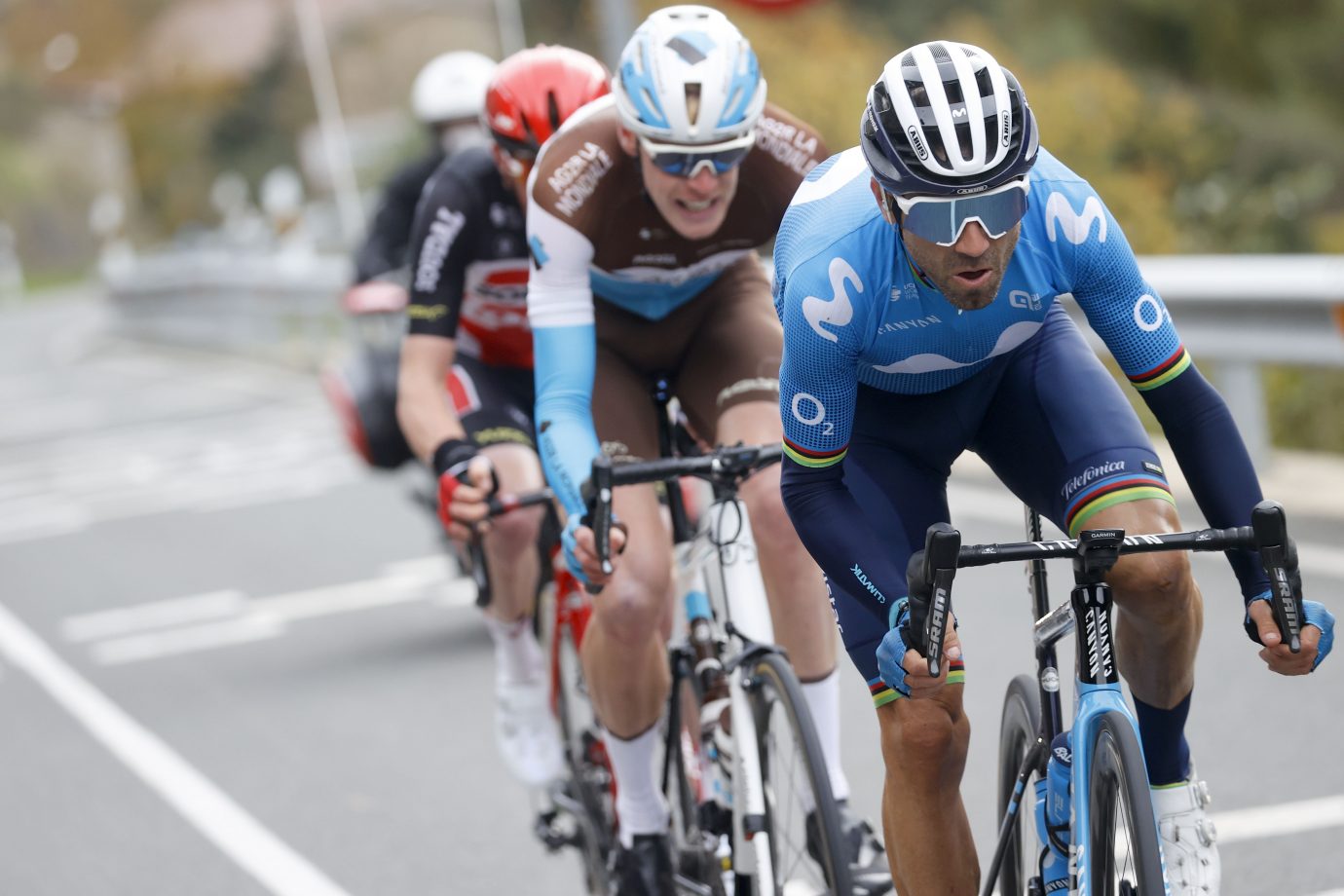 Former World Champion superb at long-range attack, alongside Rojas and Verona, to come close to victory, make GC favourites struggle in yet another show of courage by the Movistar Team.

La Vuelta was back on the road on Tuesday with a short, lumpy stage in Álava: 160km starting from Vitoria-Gasteiz and finishing at a gentle slope in Villanueva de Valdegovía, after a double loop around the Alto de Orduña (Cat-1; 7.8km at 7.7%). The last climb will be completed 20km before the end.

Strong winds (constant gusts near 30kph; a maximum of 60kph) from the southwest -that is: a headwind into the Orduña climbs- and quite a mixed forecast, with some spells of rain into the final circuit. Temperatures ranged between 10 and 14ºC.

Alejandro Valverde: “I think I have to feel happy about today’s result. We were able to contest the win, at a stage where the initial goal wasn’t to go afer that, but it wasn’t to be at the end. When you’re the rider pretty much everyone keeps an eye on near the end, it’s quite more difficult. I made that move into the first climb of Orduña also thinking about the GC, but not mine, rather than Enric or Marc enjoying some help in there was some battle behind at the end. I was a bit angry at the finish, because I didn’t try to go after that move from Woods at the last 2k and you regret it, because that was the decisive one, I shouldn’t have let him go. All in all, I think we offered some good spectacle and made our rivals work a bit. I want to thank the team, because everyone was splendid today, but above all of them, Rojas and Verona, which were incredible up there with me in the break. This Vuelta never lets you breathe and there’s many opportunities left; let’s see if we as a team can take advantage.”

Enric Mas: “Another tough day, both into the breakaway and behind, where, despite staying together all day, we spent so much energy. Hats off to Alejandro – his ride was excellent. We knew that his breakaway would make other teams work hard and also gain another chance for the GC and have a better position heading into the decisive stages. And even with that, he was still able to fight for the stage like the legend he is, and took 3rd – he only missed that win because of race situations. I have to thank the whole team, because they’re doing such a brilliant job every day, we’re always up there where we need to be.

“It will be another crucial finish in Moncalvillo tomorrow, let’s see what happens. It has to be one of the key days in this race, and it’s a climb that suits me better than Formigal. It’s quite harder – we went on a recon prior to the race and I felt quite well over its slopes, it should go better for me. We’ve got three riders within two minutes of the race leader, which should play in our favour. Obviously, Alejandro has spent more energy today to gain that time into the break, but it was also hard behind. INEOS had a lot of wear and tear, pushing hard from the very first climb to Orduña, yet they did really well.”

The race will head on Wednesday towards La Rioja for stage eight, a 164km journey between Logroño and the top of Moncalvillo (Cat-1), a new feature of La Vuelta with its tough 8.3km at 9.2%. Prior to the finish, the riders will have to tackle the Puerto de La Rasa (Cat-2, 41km before the end).