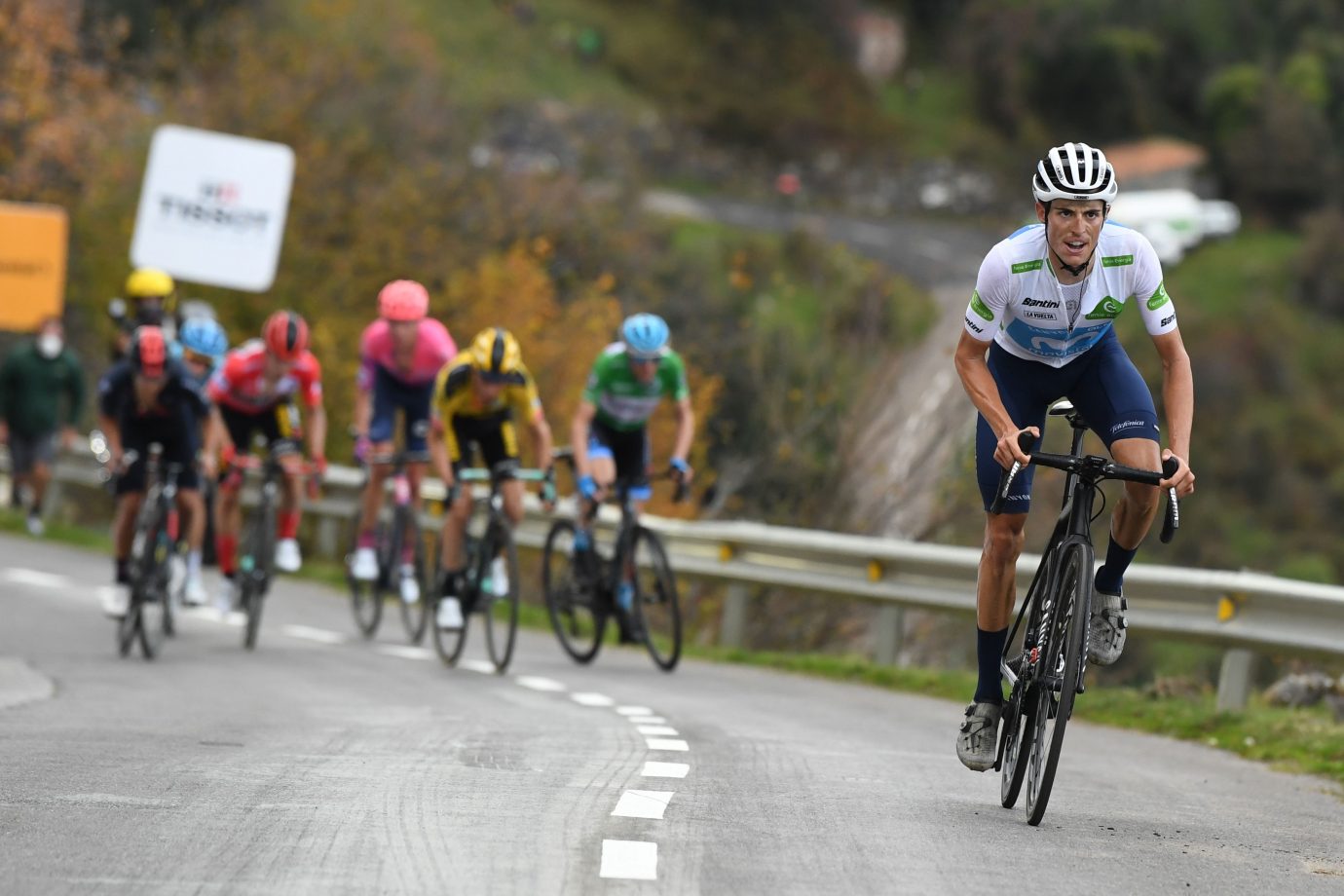 It had long been feared that this stage could have been ruined by bad weather, and fortunately, it was the other way around: a splendid day. Temperatures ranging from 16 to 22ºC, with more clouds in the early part of the stage and, for the first time in La Vuelta, some rays between those clouds at L’Angliru, often climbed through the fog. We’ll surely miss this weather, as conditions are expected to be really difficult during the final week…

Enric Mas: “I want to apologize to the Spanish fans, the Movistar Team fans and the squad for not being able to win. The team was sensational again, but I didn’t have that final punch of energy to go for an extra attack in the end. I’m happy with how we did all over the entire stage, but I’m not satisfied with the result, because we were aiming at the victory, we were so motivated – both myself and the team – and I knew that I was doing well and I could go for the win in such a difficult stage. I haven’t been able to bring them a victory, but it’s still one week left in La Vuelta to make all of them happy. A rest day tomorrow – we hope to get as much sleep as possible, though we have a long transfer back to the hotel in Galicia. We’ll check the TT course on Monday and try to make the most of that recon to do our best and keep fighting for this Vuelta. Both the long flat section and the Ézaro climb could create some significant gaps.”

La Vuelta’s convoy is travelling to Galicia this very Sunday to enjoy its second, final rest day. Tuesday will bring another much anticipated stage, the only ITT in this year’s route. It will be a 33.7km course from Muros to the steep Mirador de Ézaro, 1.8km at nearly 15%, which will probably require a bike change. Such a circumstance has been planned by the organisers, which will be setting up an easy to carry it out.