Soler (5th) keeps going on the attack at Galicia stage 14 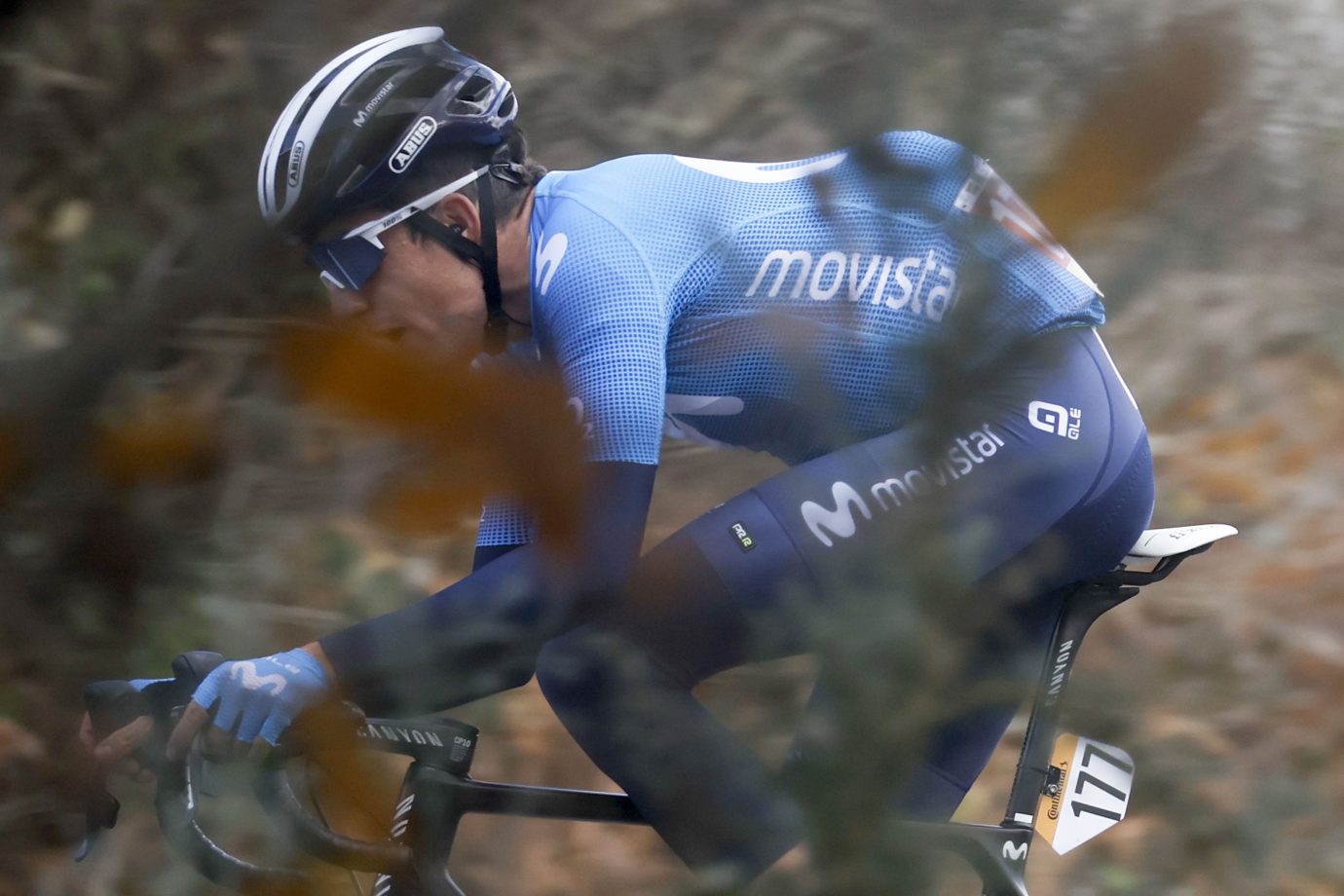 Marc into yet another contest for the win in world-class breakaway, as Tim Wellens (LTS) succeeds. Mas, Valverde remain in 5th, 8th overall.

Even if Wednesday’s La Vuelta stage 14 profile showed some flat roads, it never really works that way in Galicia. The first of two really long stages (205km), finishing with a difficult slope in Ourense after three Cat-3 climbs, including the Alto de Abelaira with 22km to go.

A cool day -8 to 12ºC- with lots of wind, a sustained 30kph from the northeast, which could become a significant crosswind for a portion of the stage. It didn’t seem like terrain to create echelons, but…

Marc Soler: “When I saw the riders into the break I already told the team through the earpieces: ‘It’s gonna be tough against such contenders today – it’s the ‘who’s who’ for this kind of stages.’ We still tried to contest it in many ways: going into the slopes prior to the final climb, at that Abelaira ascent, then Stybar, Wellens and I took a gap into the descent… However, everyone was so strong into that group, the level was the highest you could find, and after all those attempts, there was no energy left on the final slope.

“You say [the journalists at the finish – ed.] that I might have been the most remarkable rider from the team in La Vuelta from a statistical standpoint, but I think that numbers alone aren’t that important. The thing that matters here is that we have a prominent appearance in the race, try to go for it every single day, and we’re achieving that. The team’s overall presence in this race is really good and it shows. In my case, I also tried to go full-gas for the time trial and that lack of energy at the end might be down to that, too, but we came here to take advantage of all stages, and we’ll continue with that all the way to the end. Enric’s podium? It’ll be hard, but why not, everything remains possible – we’ll keep on fighting!”

Enric Mas: “I feel more upbeat than yesterday because it’s only four days before we go on vacation (laughs). It’s true that tomorrow’s stage will be similar from today’s profile, or even harder, with 4,000 meters of elevation gain in 230km, which could become really tough, but if we feel well, if we’re able to do things right with the team, we will surely enjoy a chance to try it again, whether it’s tomorrow or in the upcoming days.”

Thursday will see the peloton take on one of those stages which could mean all or nothing in La Vuelta. It will be 230km -the longest in this year’s race- from Mos to Puebla de Sanabria, with strong winds -like today- and an endless series of ascents, almost like the Ardennes in the northwest of our country. Five categorized climbs, including the Alto de Padornelo with 18km to go – it might come down to a break (it seems the most likely) or even some attacks from the GC teams – or maybe just a long journey towards the Meseta. Unpredictable.