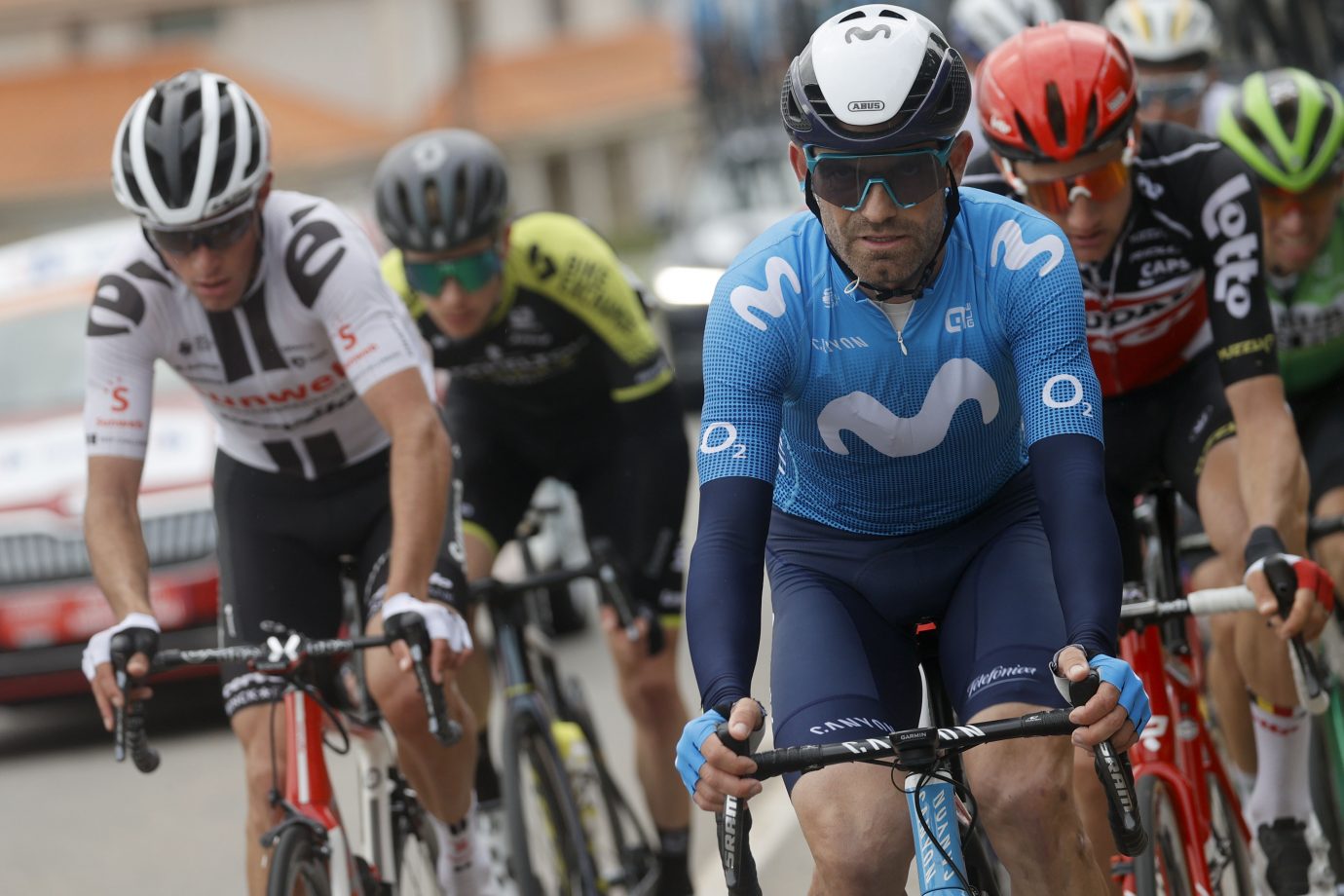 José Joaquín spends long time into early, unsuccessful break, then gets in the mix at bunch sprint after six hours of racing, in rainy, cold, windy conditions.

One of those days which, considering its characteristics, could mean everything in the race – or just be not as decisive. A marathon stage, the longest in the event, over 230km from Mos to Puebla de Sanabria, with up to five categorized climbs -the last of which, the Alto de Padornelo, would be completed with 18km to go- and lots of little ascents.

Strong headwinds from the east -a sustained 25-30kph- made the race organisers anticipate the start of the stage by half an hour (a rare 10.05am, La Vuelta used to see the peloton rolling together even after 1pm). Unfortunately, the riders didn’t avoid the rain this time, falling over the route during the second half of the stage. Temperatures ranged between 8ºC at the ascents near Sanabria and the 18ºC at the start. And to make things even harder, there was some fog at the top of the final climb.

Only three stages remaining in La Vuelta – and in the 2020 season (which will see its final women’s event, La Vuelta Challenge, kick off on Friday, too). The men’s race will travel to the rural Extremadura area of Las Hurdes during the 162km stage 16 between Salamanca and Ciudad Rodrigo, which features the ascents to El Portillo (Cat-2) and El Robledo (Cat-1). The latter will be crested with 36km left, though some little hills will be placed after its descent. Another interesting day for the GC contenders…