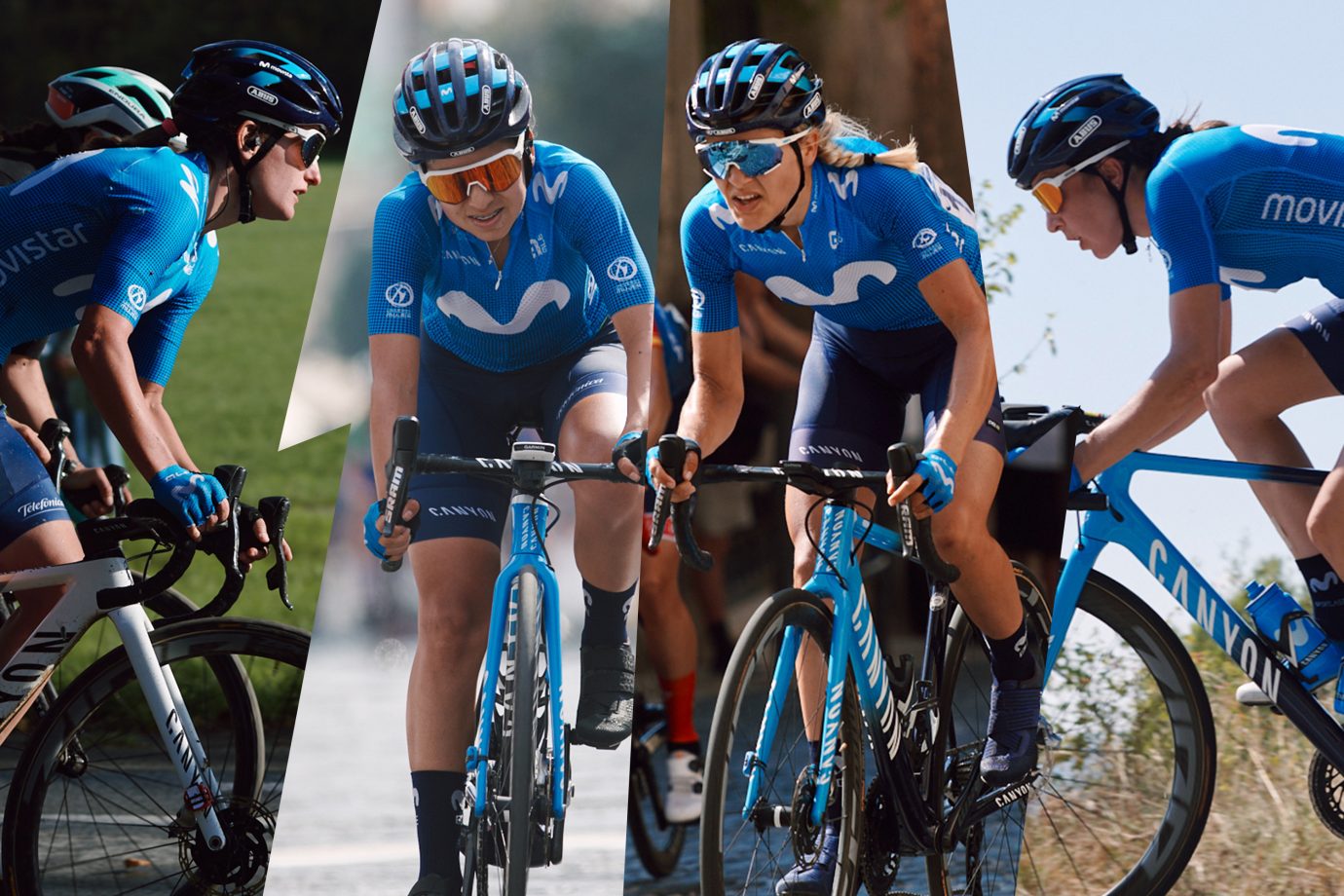 The Movistar Team announced Monday that Jelena Erić, Paula Patiño, Katrine Aalerud and Gloria Rodríguez have all signed extensions with the Blues through the end of the 2023 season. The four riders, who still had one year left in their respective contracts, will thus remain an essential part of the squad managed by Sebastián Unzué for, at least, the next three years.

The 2020 season has seen all four achieve their most remarkable, consistent level of performance, despite the pandemic stop. Erić -born in Serbia, currently living in Alicante- has shone with her teamwork and great displays at both stageraces, like the Giro Rosa or La Vuelta Challenge (4th on stage 1), and one-day events, leading the Movistar Team during the recent Northern, cobbled classics. Over in Italy, Jelena had supported a fantastic Patiño, 8th overall over consistent performances in the most demanding races of the season, such as the Tour de l’Ardèche, where she shone at the mountain stages.

Murcia-based Rodríguez continues to be the heart of the Blut outfit, an exemplay domestique with ever-growing physical performance and experience, doing her best in all kinds of races and remaining a crucial asset to her team-mates’ success. In turn, Aalerud has excelled at all terrains, claiming the Norwegian time trial title back in August while also finishing 4th in a stage of the Giro Rosa and 9th at Liège-Bastogne-Liège, just few meters short for a podium finish. An essential all-rounder for the strongest Movistar Team ever in the future.