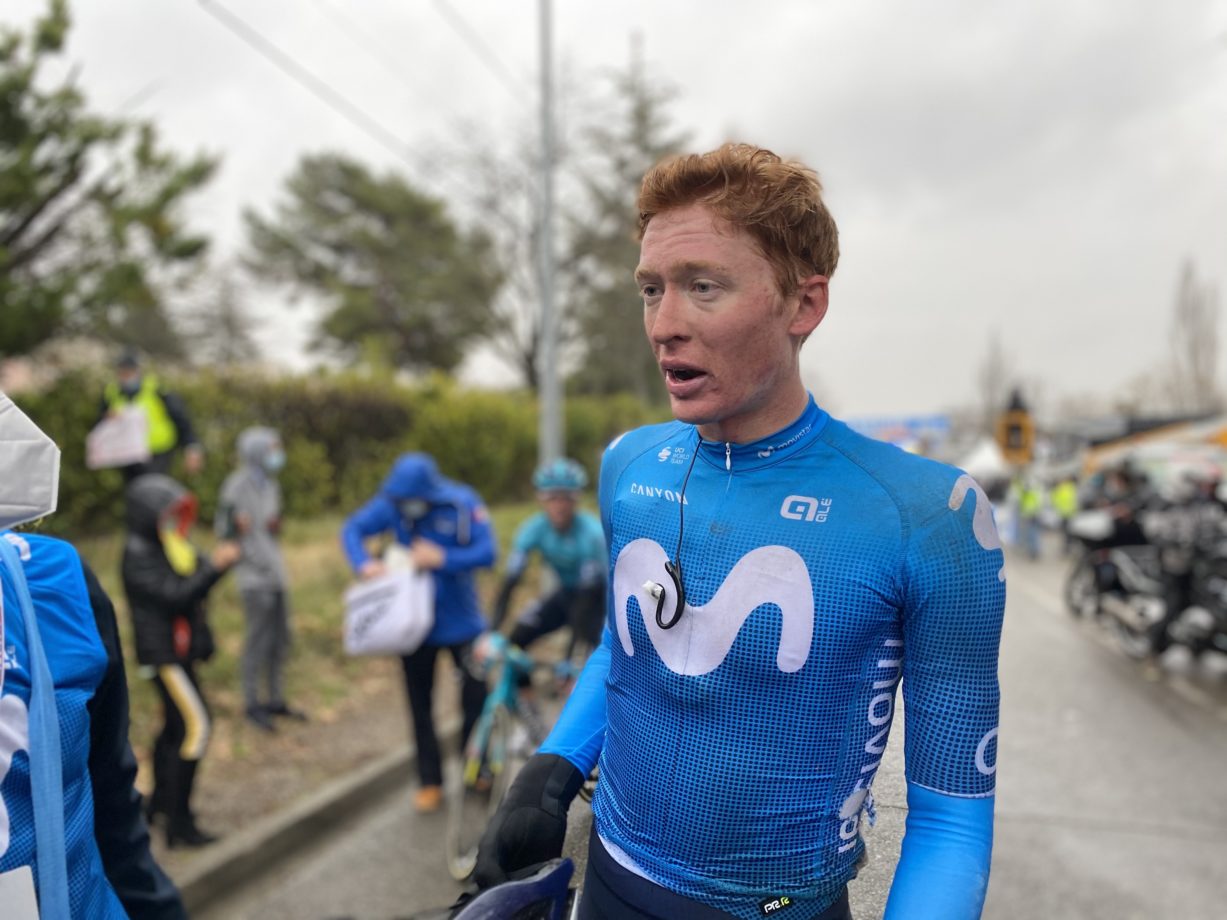 Young American first man on the attack for Movistar Team in 2021, crashes -with no consequence- while contesting uphill sprint in Manosque.

Three categorized climbs and lots of non-rated ascents into a route as difficult, or even harder, as in the eve’s racing, 174km towards the interior of Provence, from Cassis to Manosque. At the loop around the finish -3km at 3,5%; in practice, two hard slopes and a false flat between them-, riders would find up to four climbs, two of them categorized: Mort d’Imbert (Cat-2) and Montfuron (Cat-3).

Differently from yesterday, clouds covered the skies, with even some chance of rain, and temperatures on the down, 8 to 12ºC. Things would become significantly harder as showers started to hit the peloton.

The overall result of the 2021 Tour de La Provence should get decided on Saturday at the Queen stage, day three of the event, from Istres to the Chalet Reynard (154km). The final climb, three quarters of the legendary Mont Ventoux ascent (14.6km at 7.6%), will be the first big mountain test of the season.