Jorgenson just half minute off specialists at Gien ITT 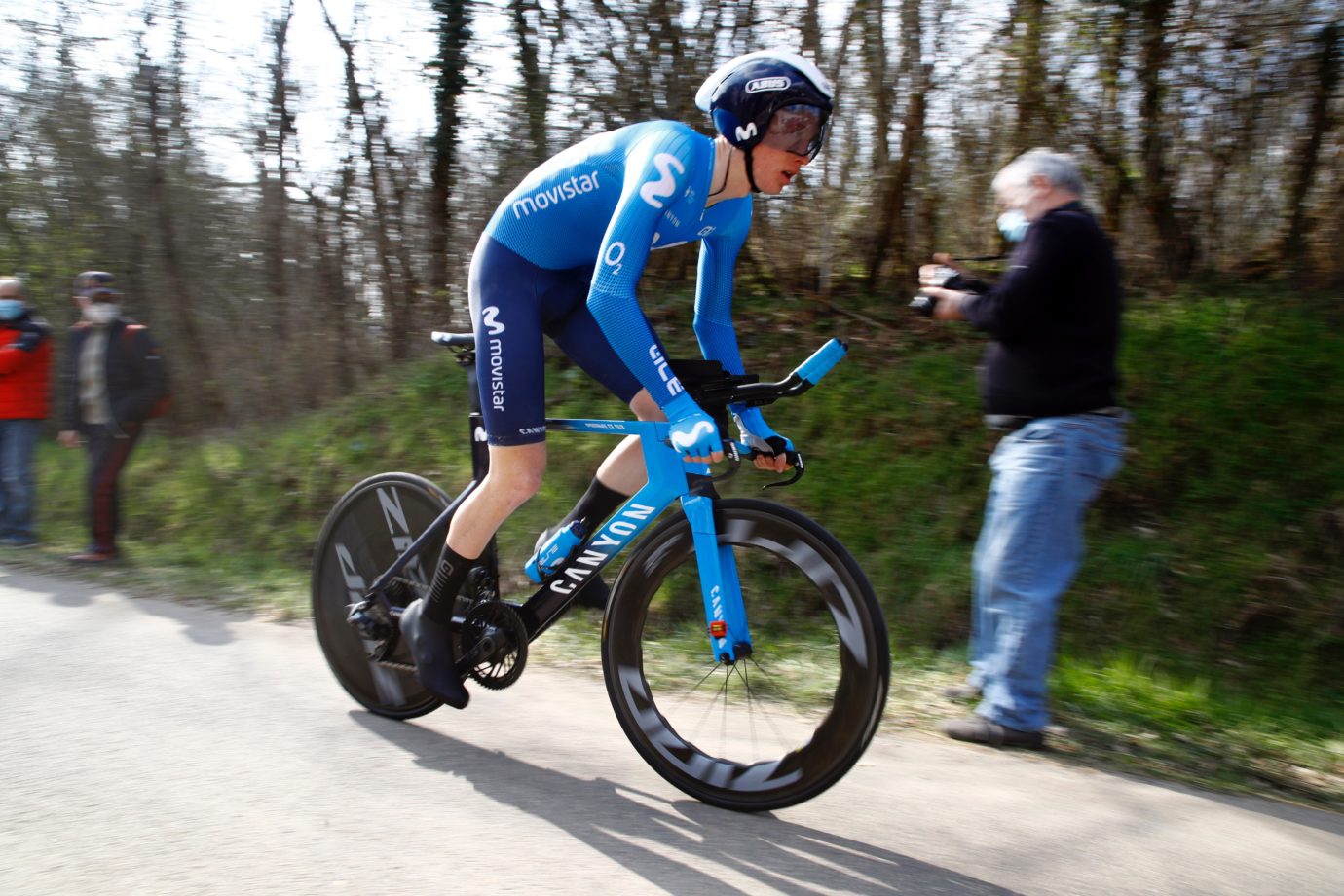 Young American from Movistar Team fully in contention at ‘Course to the Sun’ after ncie effort at 14km time trial, prior to Wednesday’s mid-mountain effort.

Switzerland’s Stefan Bissegger (EFN) took a narrow win against French champion Rémi Cavagna (DQT) at the ITT stage three of the 2021 Paris-Nice de la París-Niza 2021, a 14.4km course in and around Gien with two difficult slopes, especially a finishing effort over gradients around 7%. A mixture of all-out efforts where Matteo Jorgenson (Movistar Team) did well to avoid significant losses over the line.

The 18’01” time clocked by the Idaho rider left him less than half a minute behind the Helvetic specialist, an identical distance to what he now trails by for yellow at the ‘Course to the Sun’. Wednesday’s stage four will take the riders into the mountains of the Massif Central, with 188km and seven categorized climbs to finish at Chiroubles, after a Cat-1 ascent of seven kilometers at 6%.