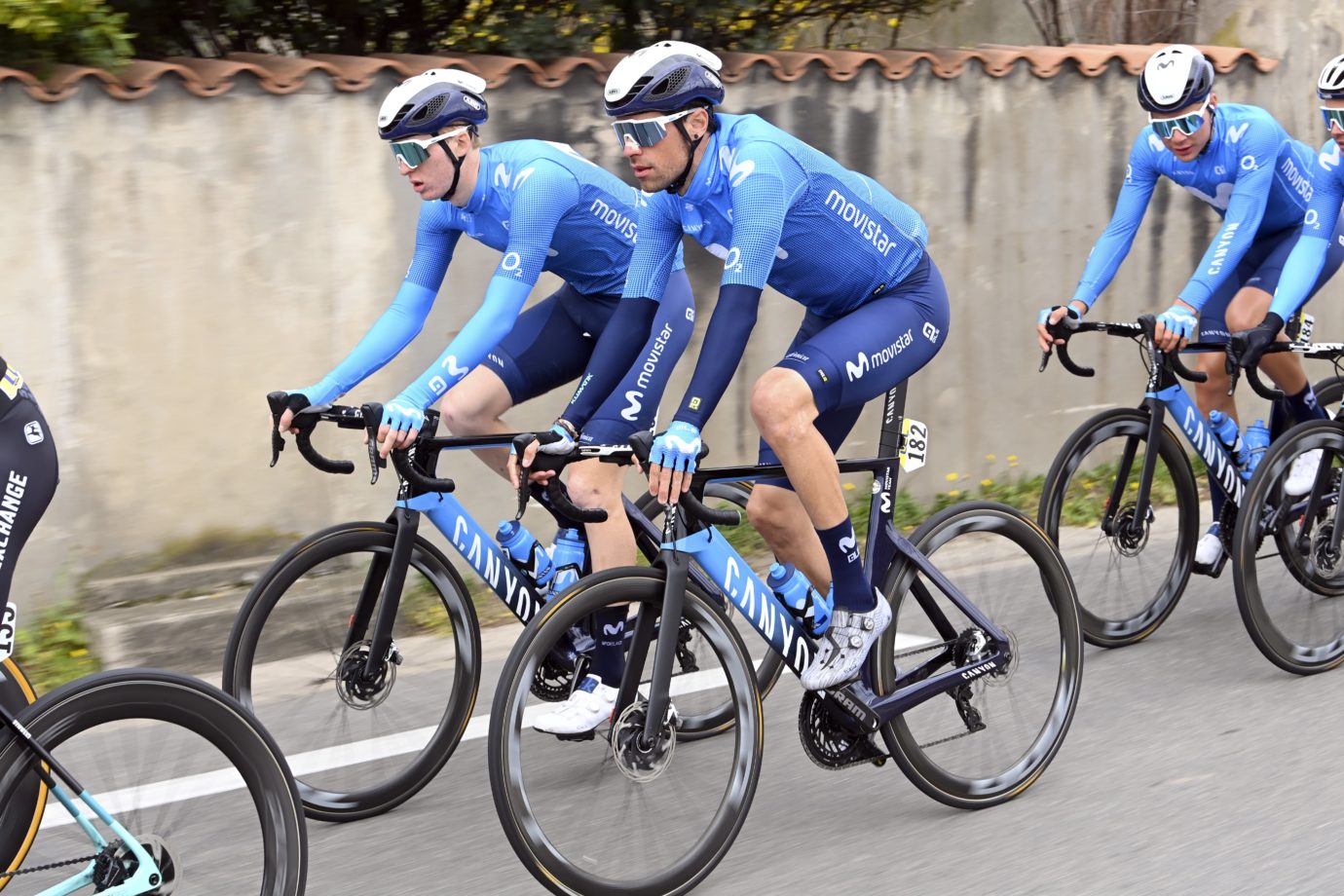 Young American from Movistar Team even goes for splits at final sprint in Bollène, retains privileged GC position at ‘Course to the Sun’ with three days to go.

Headwinds completely overshadowed any spectacle during stage five of the 2021 Paris-Nice, a mainly flat course (200km) from Vienne to Bollène which the peloton completed with a 30-minute delay over the intermediate schedule, and with no significant breakaways. Sam Bennett (DQT) would sprint to his second victory of the week.

Matteo Jorgenson, well supported by his Movistar Team-mates, showed again his intelligence and courageous spirit to even go and seek for the splits at the finish, putting a couple of seconds on his GC rivals – which weren’t eventually taken into account by the race jury. The situation GC-wise thus remains the same for the Idahoan, still 6th, less than a minute behind Primoz Roglic (TJV).

The ‘Course to the Sun’ will near the Côte d’Azul on Friday’s 202km stage six, a hilly course over five rated ascents and an uphill finish in Biot. All of that, with some added uncertainty over the final routes of the race in Nice, as the mayor of the city has prohibited the race from using the Promenade des Anglais for its final stage.