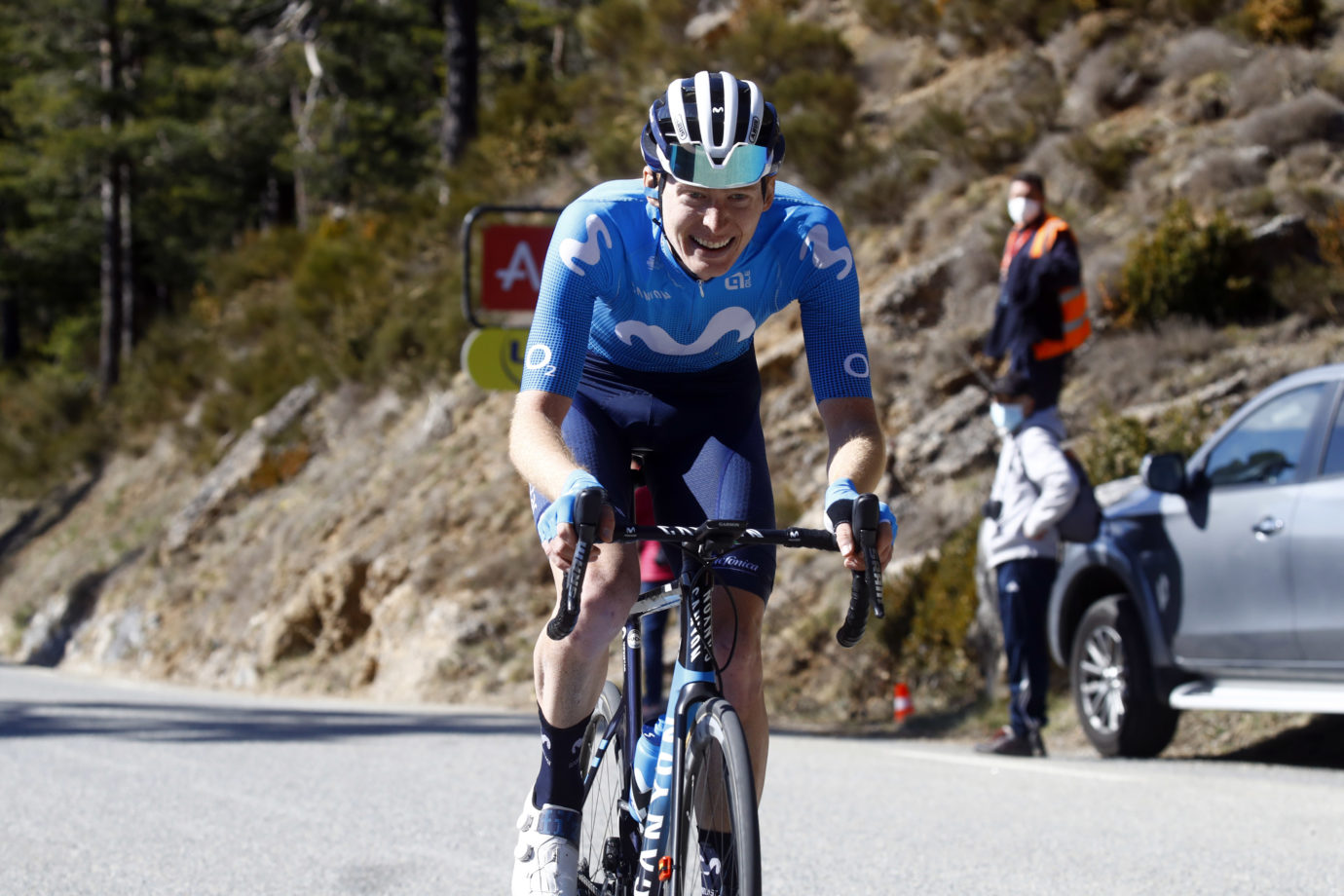 Young American from Movistar Team struggles at last 3km of mountain-top finish in ‘Course to the Sun’, remains in 10th place before Sunday’s lumpy showdown around Levens.

The Movistar Team, focused once again on protecting Matteo Jorgenson to seek for his GC chances, distributed his members well as in previous occassions: Mora and Jacobs covered the American from the start; Erviti, Rojas and Arcas put him into good position into the foot of the climb and Gregor Mühlberger was able to stay with the Idahoan until the last third of the ascent. Matteo ended up paying the accelerations from the main contenders inside the last 3km, and conceded 1’03” over the line (18th) to now sit in tenth place overall.

Jorgenson will race Sunday with some extra motivation close to his European home, even if over a route different to what initially proposed, with three climbs to the Côte de Duranus (Cat-2) in a short 92km stage eight around Levens.