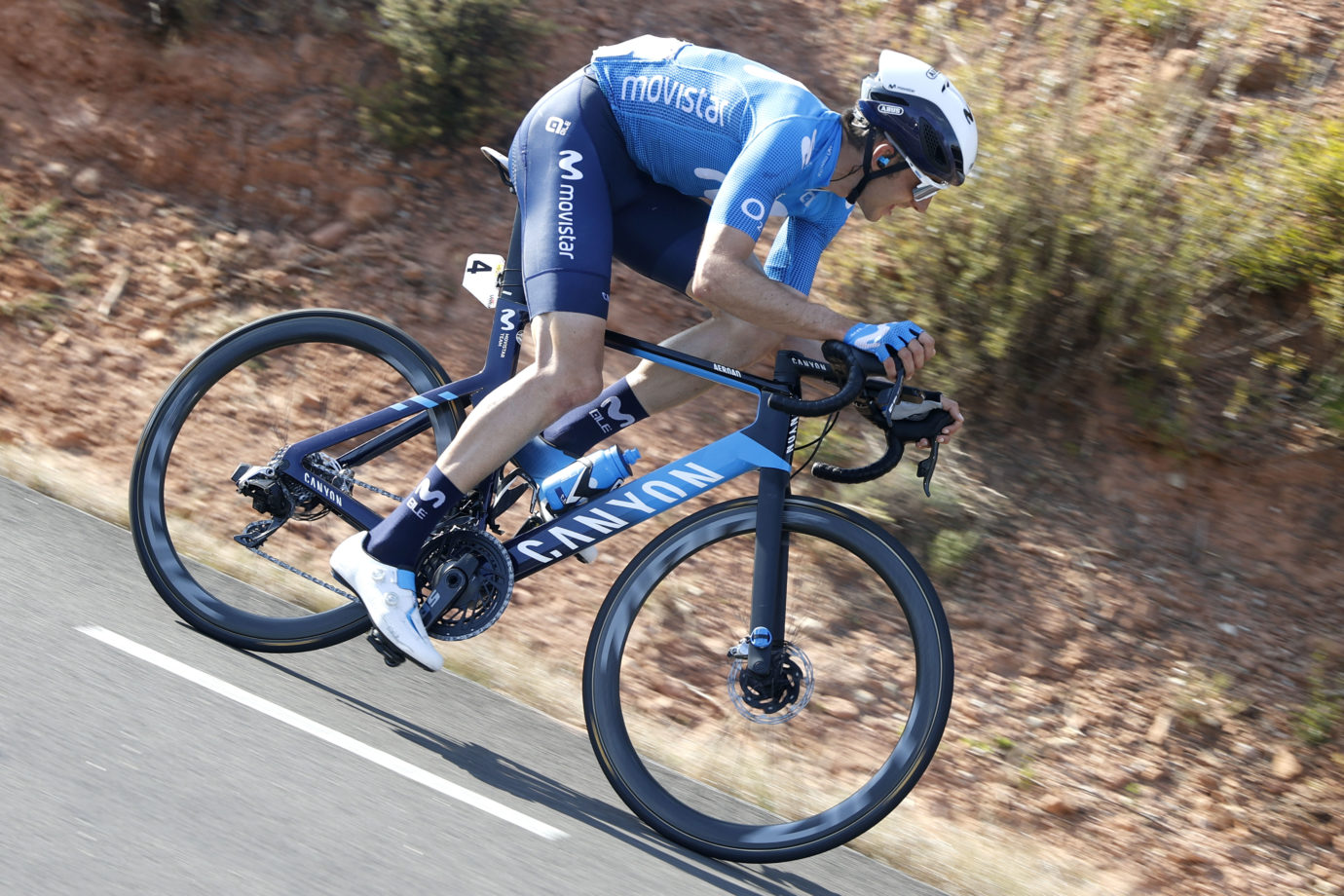 Spaniard from Movistar Team dreams of victory until very end as support from Samitier, Soler, Cataldo into 40-man break sees him leading solo near the end. Kämna (BOH) wins in Manresa.

German Lennard Kämna (BOH) and big names of the peloton got in the way of Carlos Verona (Movistar Team) towards his first WorldTour success, one he truly deserves, during stage five of the 2021 Volta a Catalunya on Friday -201km between La Pobla de Segur and Manresa–.

The Madrilian was part of a ‘maxi-break’, a leading group of more than 40 riders, with four members of the Telefónica-backed squad in Marc Soler, Dario Cataldo and Sergio Samitier as well as Verona. It was Soler who first tried to make a selection, jumping into a 10-man echelon which seemed to open a substantial gap. However, as the group subsequently got back together, chances opened for others and Verona even went solo after the main climb of Montserrat (Cat-1), from a group that had neutralized previous attacker Rémi Cavagna (DQT).

Despite opening a dozen seconds’ gap over his pursuers, Verona was neutralized with 8km from the finish, just as Kämna took advantage to go on another solo move and take the stage win. The result doesn’t overshadow, though, Carlos’ commitment as he contributes to the Blues’ success both as an individual and as a domestique, ready to support Alejandro Valverde -still 4th overall- over the weekend.

“It was a big or a small gap, we can see it either way, but it just wasn’t our turn to win in any case (smiles). The roads after the Montserrat climb I knew them really well – I spend many training rides here in the winter, my wife is from Terrassa – and I saw the victory getting so close. In the end, though, the pursuit group worked together better than I thought and the headwind was stronger than I wanted – I just couldn’t keep it up. I’m satisfied, however, because you can see that the work pays off, that I’m there to contest a win or perform really strong when it’s needed – it’s just about finding the right moment. Kämna, just like me, was really strong, yet he used the right moment to make his move. My attack might have come earlier than it should, but I’m just happy to have been able to go for it.

“Halfway through the stage, there was a moment when four riders went ahead and another group of four jumped off the front to chase them. We hadn’t any riders at either, and I sacrified myself for Marc, pushing hard from behind for him to jump and make it across. His opportunity was neutralized, though, and when I needed it, Marc returned the favour to me. I felt empty, when Marc started to work for me with Dario, they gave me confidence and, even if I was a bit demoralized and thought I wouldn’t make it over Montserrat with the top guys, having them working for me gave me a boost of confidence and I ended up feeling great to contest the stage.“