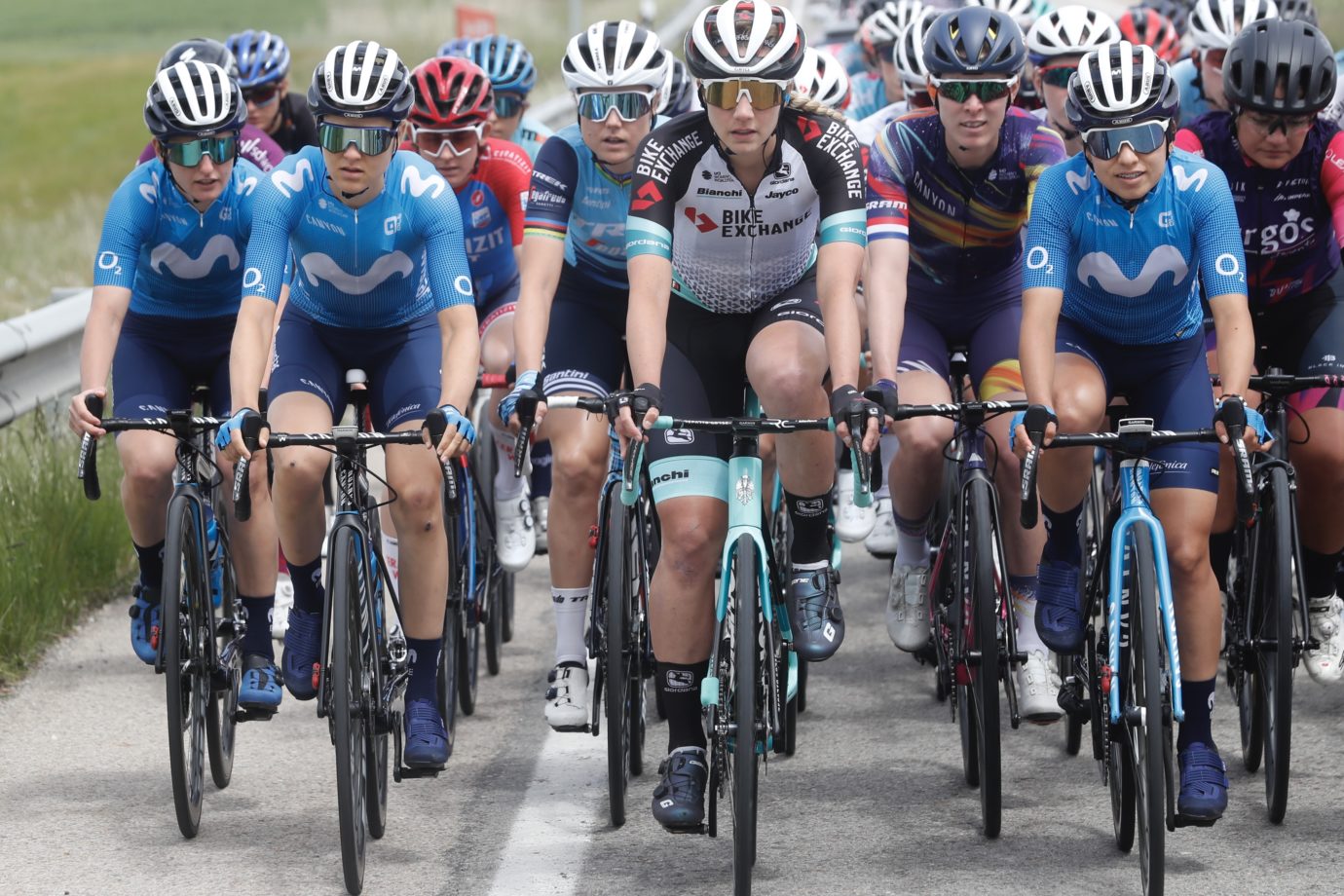 Danish sensation Cecilie Uttrup Ludwig (FDJ) took Sunday’s uphill sprint win at Ojo Guareña after lots of attacks in the peloton on stage three of the Vuelta a Burgos (UCI Women’s WorldTour), which didn’t prevent the group tackling the final 1.2km climb together.

The Movistar Team focused its efforts on limiting any losses and taking care of their leader, Annemiek van Vleuten, before the decisive mountain showdown at the Lagunas de Neila on Sunday, the hardest climb so far in the 2021 season. The European champion was 8th today, inside a second split of favourites that crossed the line 3″ behind the winner, which leaves her 5″ behind new race leader Niamh Fisher-Black (SDW). Katrine Aalerud also finished close to Uttrup Ludwig (+11″) and is now sixteen seconds down on the purple jersey.

The final stage, 124km from Quintanar de la Sierra, will comprise a relatively flat, early loop before the final two climbs: the Collado de Vilviestre (Cat-3), over 3km at 4.5%, and the Lagunas (HC), with 12 km at 7%.