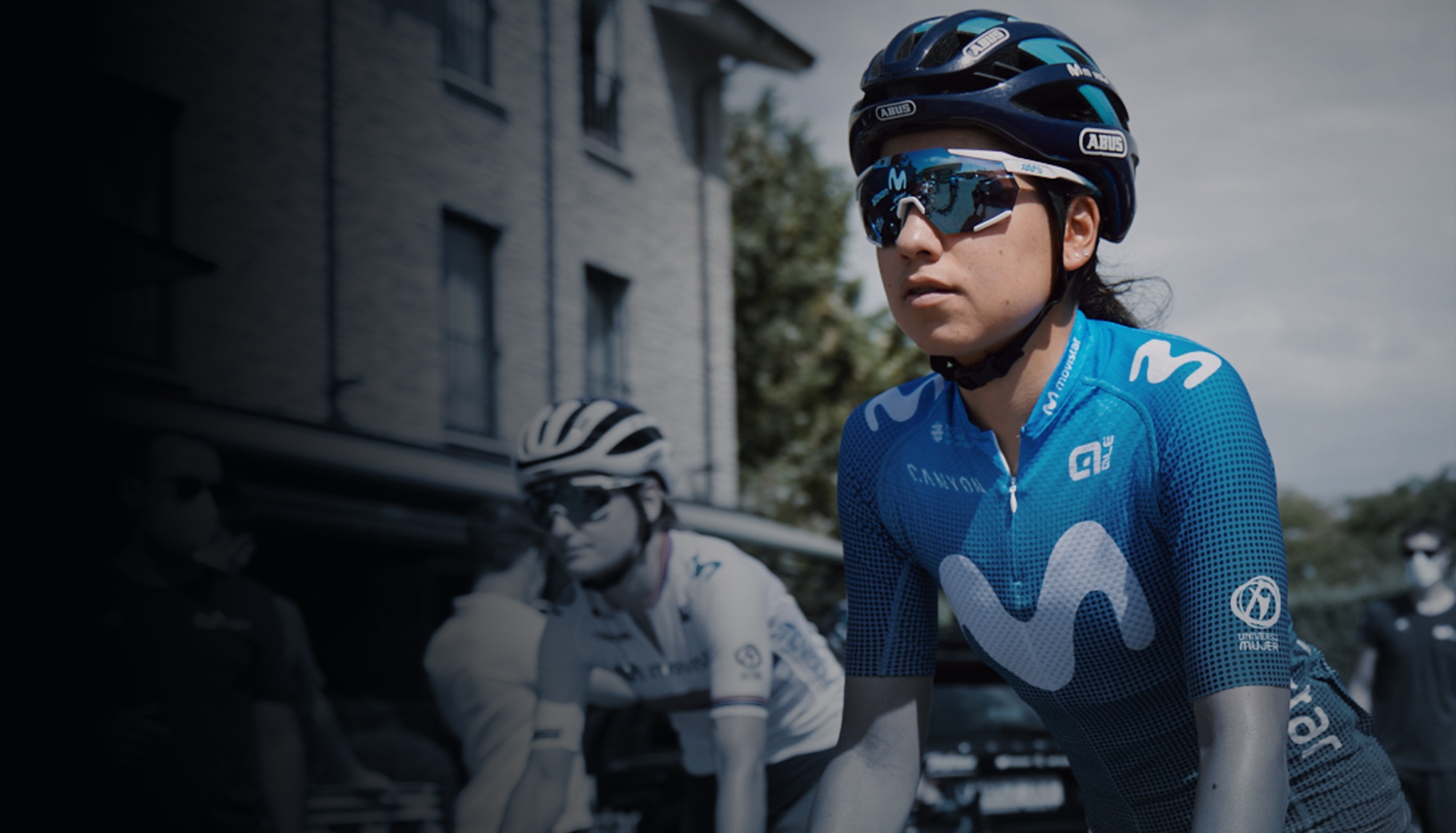 BREAKING DOWN BARRIERS. Paula Patiño’s presence in the Movistar Team opens new horizons for Latin America’s women’s cycling. This 23-year-old youngster from La Ceja, in the Antioquia department, has earned a place in the big leagues after becoming the biggest hopeful in her country. Her climbing skills and vast margin for progression in all terrains certainly make her one to follow.

A ‘GRANDE GIRO’. 2020 will be inevitably linked in her career to a sensational performance as Movistar Team leader in the Giro Rosa, the race which was, until that year, the most resounding, toughest stagerace in the WorldTour. She finished 8th overall after nine days of big efforts crowned with a long-range attack, a break almost from the bang, which got her into the upper end of the standings. Before that, the woman recognised as Breakthrough of the Year in the National Sports Gala shone at another mountainous course, the Tour de l’Ardèche.

RELIABLE GAMBLE. Patiño cut her teeth at the UCI’s World Cycling Centre in Aigle (Switzerland), an initiative for the development of young riders in growing cycling countries. That solid preparation base was a guarantee for a signing him at only the second year of existence of the Movistar Team in the women’s peloton. “Even in my happiest dreams I couldn’t hope of getting up to this place,” described Paula in 2018, maybe not knowing he would wear the jersey for a good chunk of her life -re-signed last season through the end of 2023!-.

One of her mentors was Hernando Gaviria –father of renowned sprinter Fernando-, who saw an excellent prospect in the youngster who joined her brother in their training rides. “I owe professor Hernando everything I am right now – he was the one who taught me everything I know since I was 13,” explains an emotional Patiño. 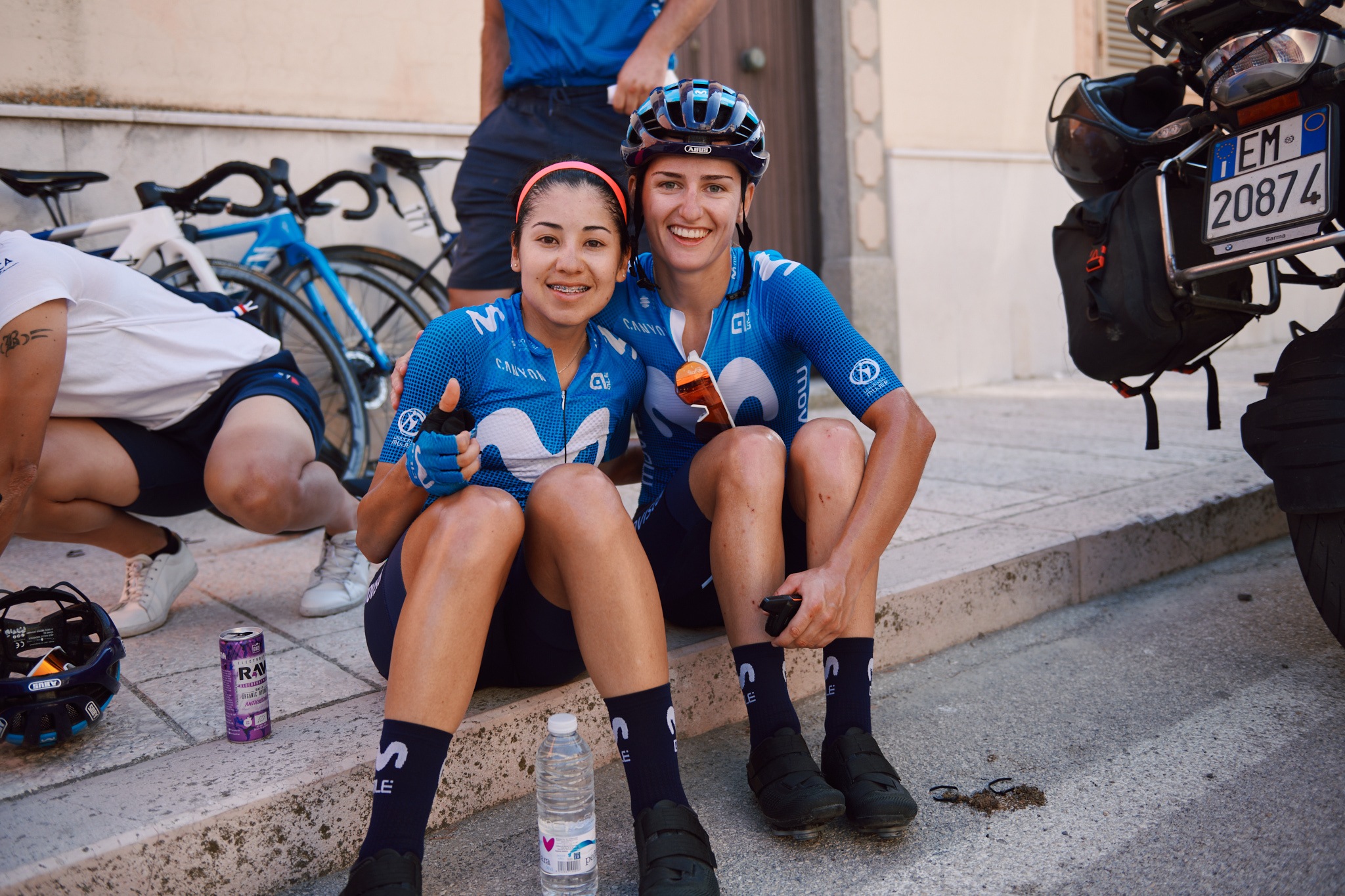 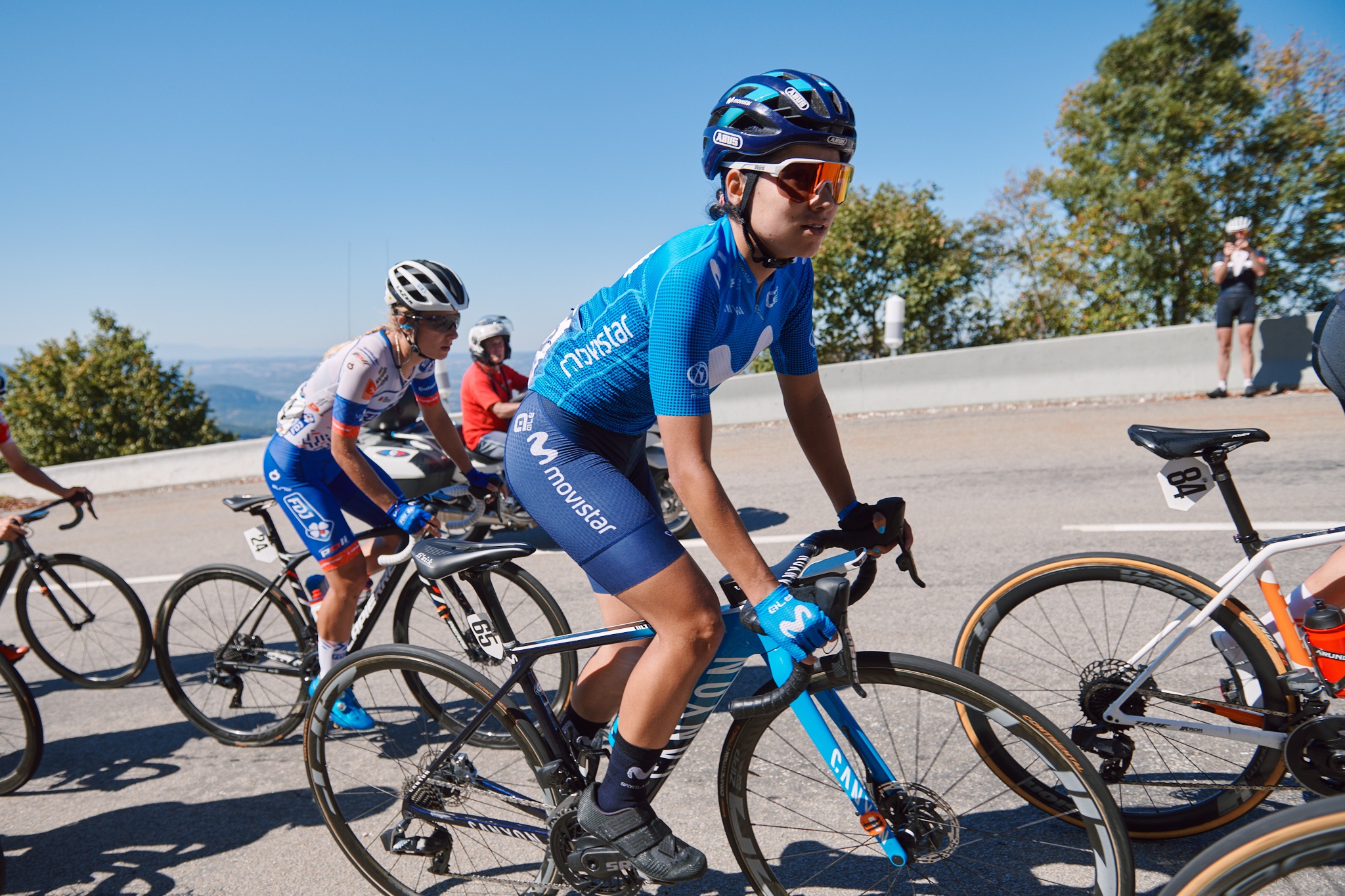 Always doing well in the mountains.

With her national team at the 2019 Worlds.

Leading the U23 Spanish Racing Series.