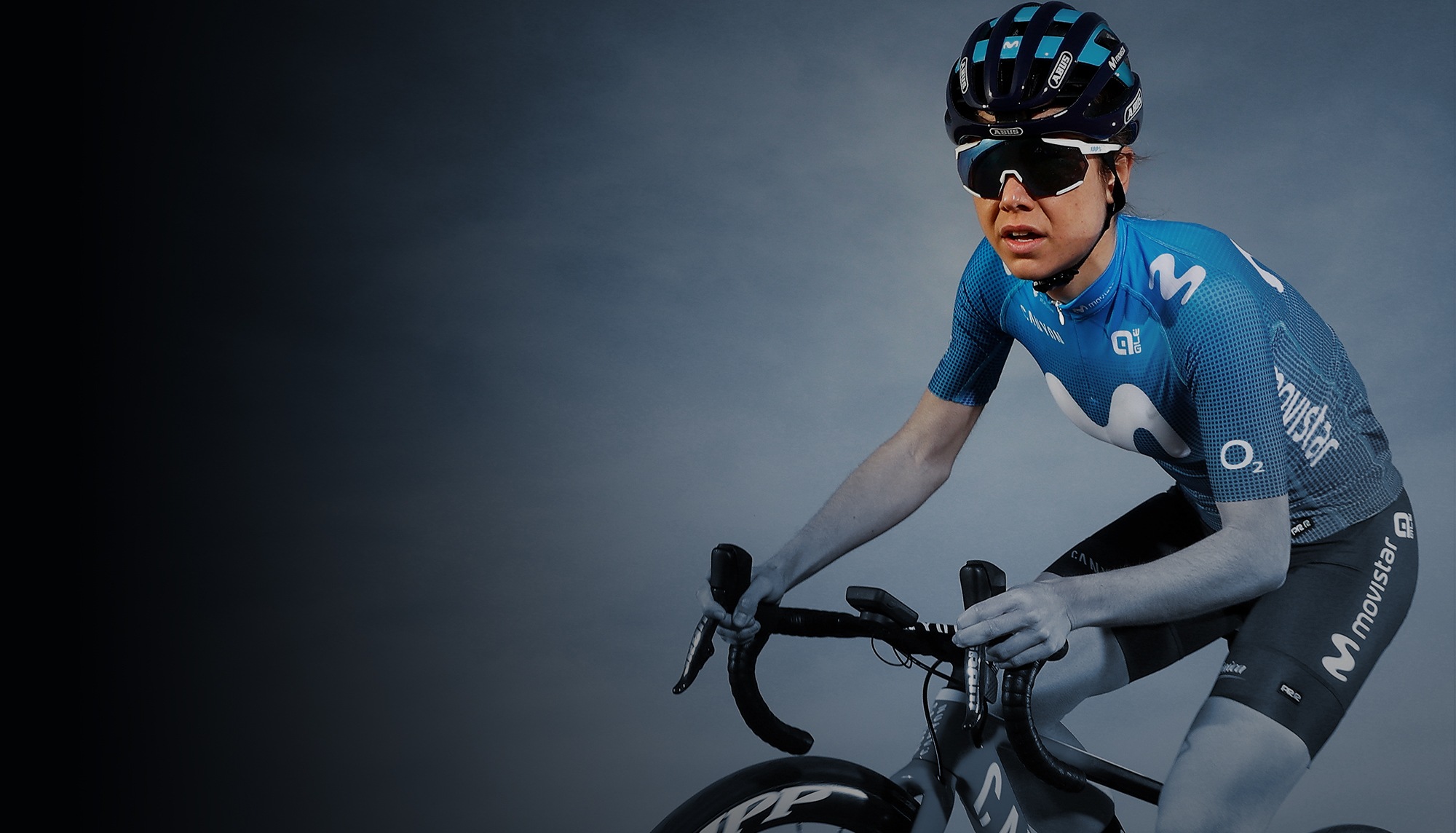 AN ALLROUNDER FOR THE FUTURE. Burgos’ Sara Martín comes into the Movistar Team at just 21 years of age, with all ingredients to turn into the biggest exponent of Spain’s talent for road cycling in the upcoming years. The Aranda de Duero native is a rider with huge potential in all terrains, and yet to find what goes best for her. She’s really excited to improve in all aspects, from the strategy, and how to react best when competing against the world’s finest, to the time trial, a discipline she’s started to shine at in the past few years and where she looks forward to work specifically. She’ll enjoy all equipment and support she needs to progress into a squad that will also progress with her as they embark on their second WorldTour season.

AN EXHILARATING 2020. Her biggest leap forward yet happened in 2020, with surprising performances in the elite Spanish road Chapionships in Jaén. Other than claiming both U23 road race and individual time trial titles, Sara reached the elite podium in the ITT -2nd place, ahead of all current Movistar team-mates- and 5th place in the RR, a great display at a tough circuit in Cazorla. Such outings earned her a first cap with the Spanish national team for an elite Worlds, in Imola, and made easier for the Movistar Team staff to make a choice to bring her into the team earlier than the initially-expected (by the team management) 2022 timeline (

FROM SNEAKERS TO CLEATS. She took up cycle racing at 14 years of age as an extra tool to improve in one of the sports she practised as a young woman: triathlon, a discipline she got to after trying track and field and duathlon. Her excellent raw abilities soon led her to becoming a huge factor in the junior peloton -Spanish national champion- and even winning her first race as an under-23 competitor, an event of the Torneo Euskaldun in Eibar, in 2018. The steps she took from there were always firm, with plenty of international experience -five consecutive Euro Champs appearances since 2016 with the Spanish national team; several UCI competitions with both her trade team and national squad- and many good results, including half a dozen victories with the organisation she’s alwaus been part of as a cyclist: the SD Ugeraga / Sopela Women’s Team.

The reason why Sara Martín wasn’t expected to be taken into the WorldTour before next year was her Degree in Chemistry at the University of Valladolid, which she expects to complete only in 2021. She’ll enjoy full support from the Blues into the first half of a maiden season where her biggest goal will be to complete her college studies in the best possible way. 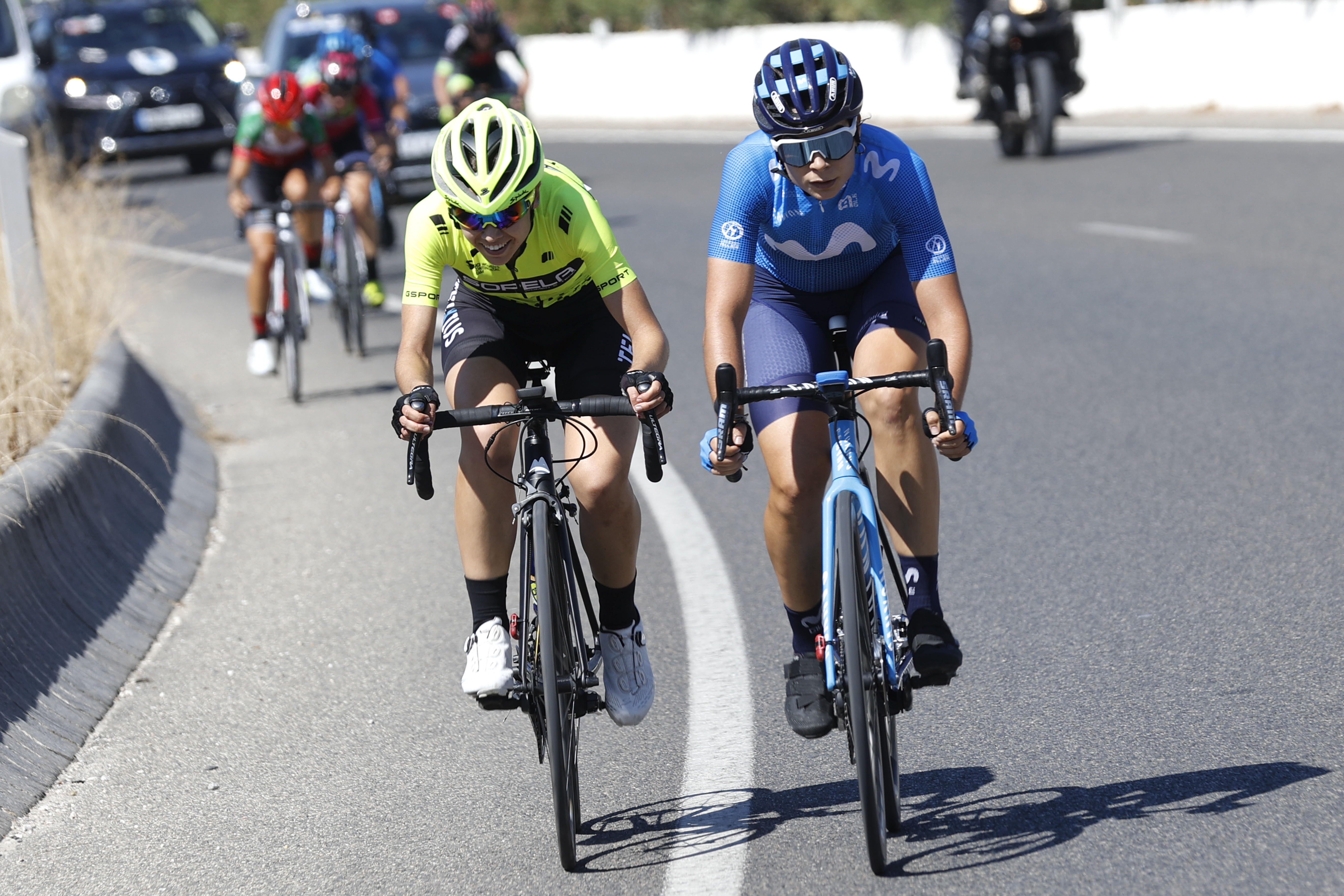 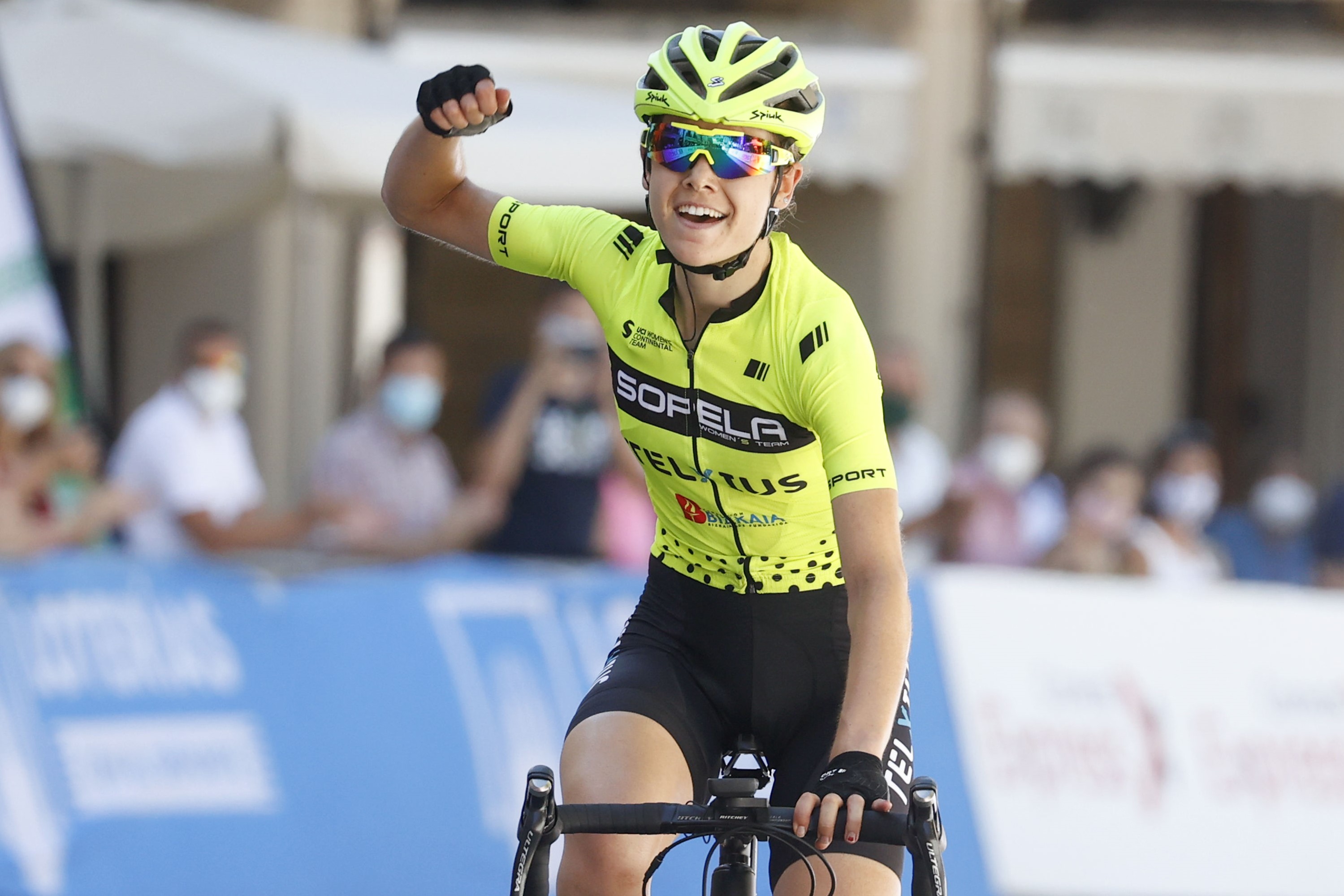 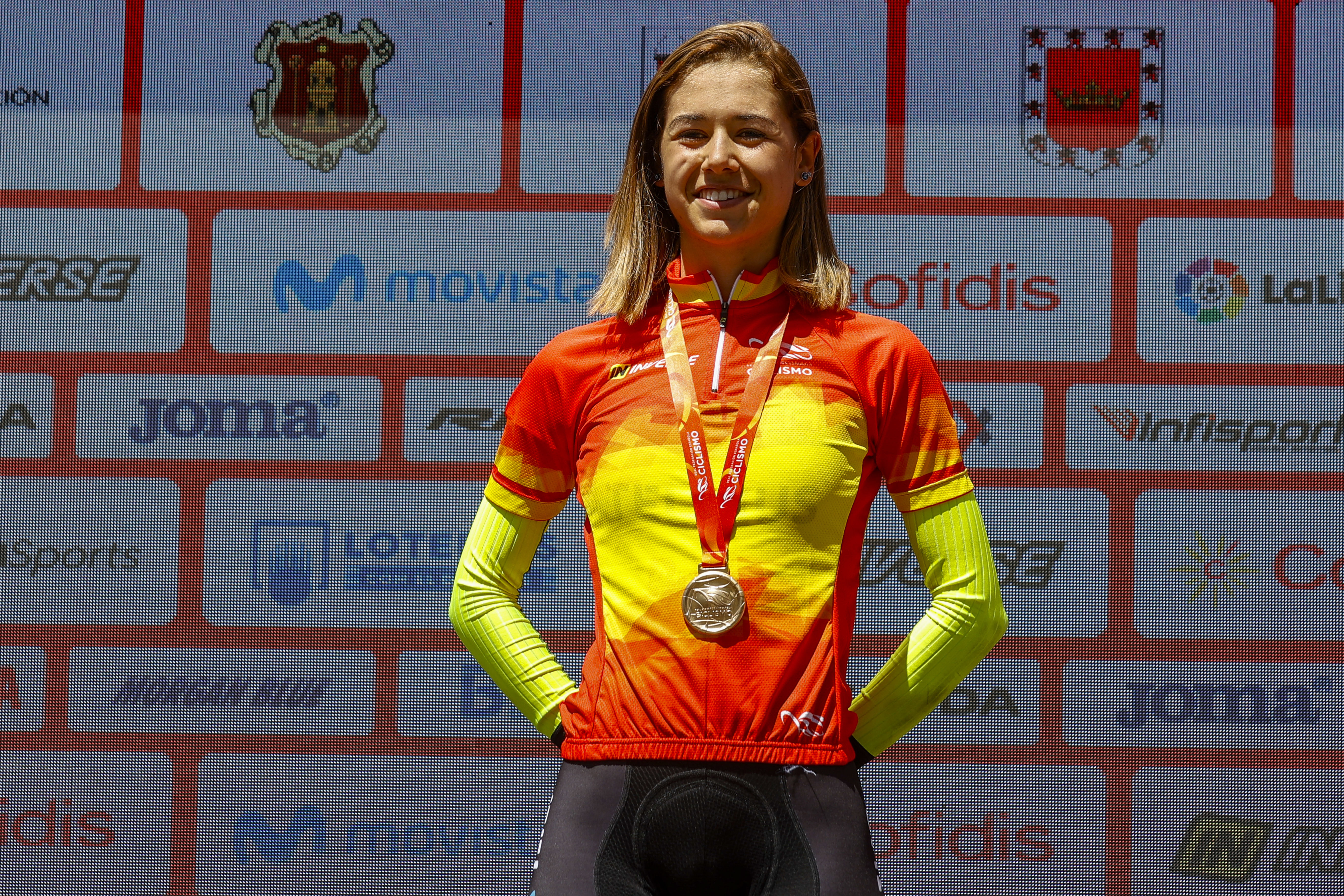 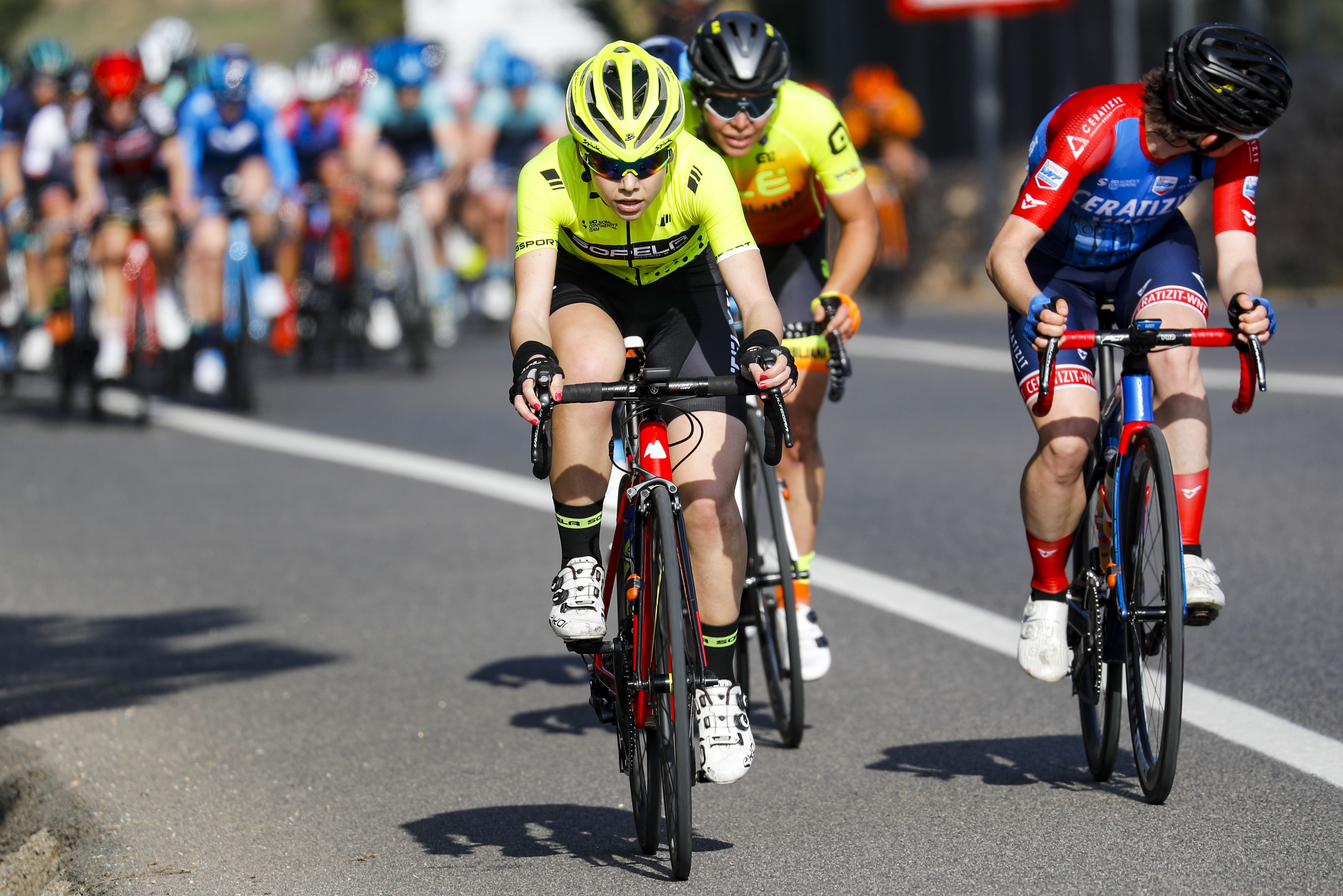 Right into the WorldTour with the Movistar Team.