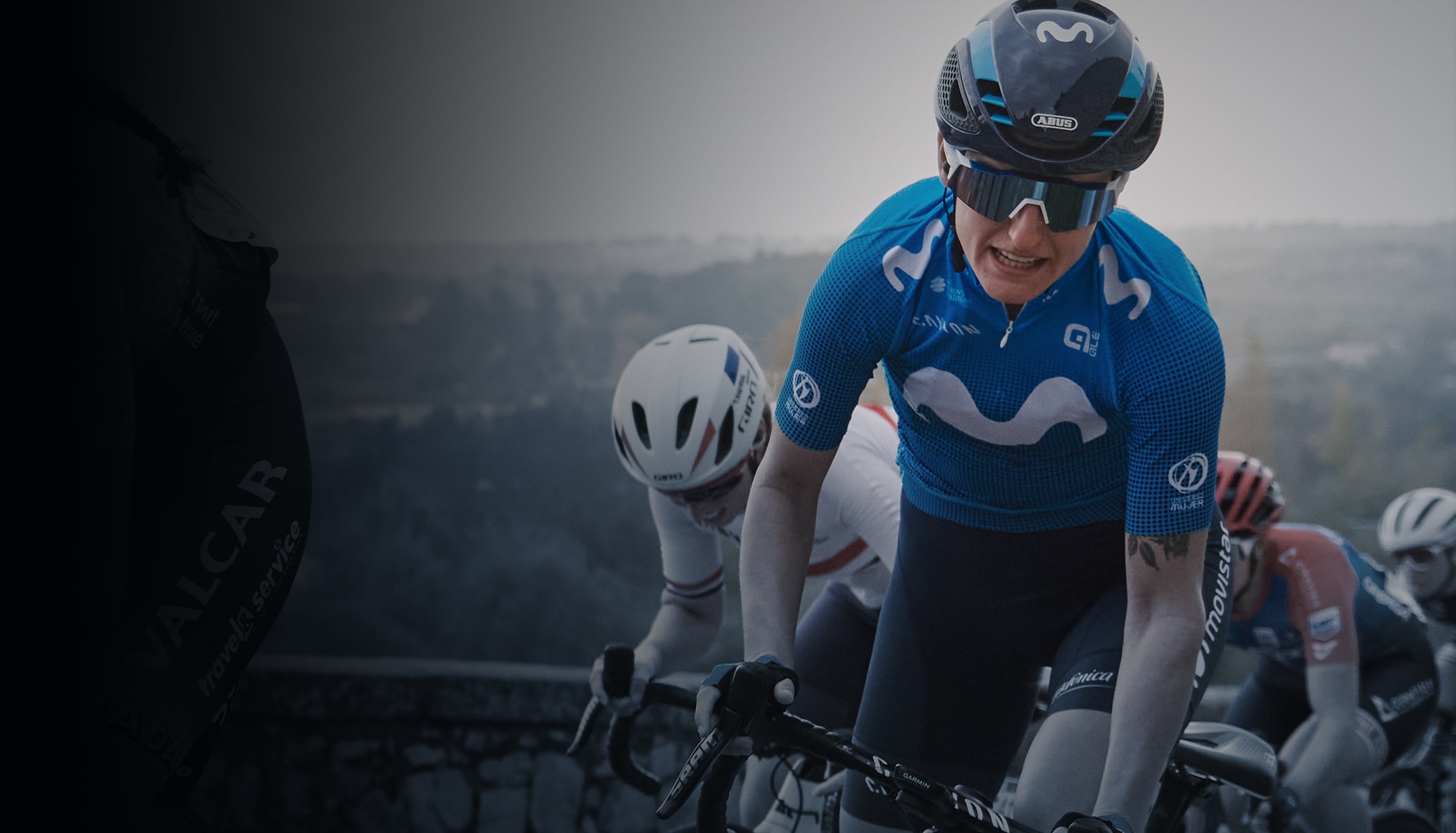 A HUGE STEP FORWARD. Despite all circumstances -amongst those, a forced stop due to a false positive for COVID-19 in August-, Jelena Erić completed in 2020 the best season of her career. The young Serbia -turns 25 in 2021- shone brightly both before and after the pandemic half, with good results in Hageland (10th), Samyn (11th), the Giro Rosa (9th at one of the bunch sprints) and, most importantly, the Northern Classics -where she led the Blue roster- and La Vuelta Challenge, 4th at Escalona’s uphill finish and 9th at the sprint of Madrid-. Between all those results, some good performances for her team leaders, with great race vision and loads of experience on the table – seven years in the WorldTour peloton despite her youth.

(ALMOST) PERENNIAL CHAMPION. She’s worn the Serbian flag around the world, even well before her first contract with a UCI-registered outfit, thanks to her eleven road race and time trial titles obtained, almost uninterruptedly, since 2011 -aged just 15-. She’s also represented her country at six World Championships -two as a junior, then four as a pro-, a streak cut short in 2019 as bureaucratic problems made her visa to compete in Britain not arrive on time. She won’t wear the flag in 2021, either, as the Champs were held during the Giro Rosa, which she absolutely didn’t want to miss as she intended to support the Movistar Team.

JUST LIKE ANOTHER SPANIARD. She was already living in Spain before joining the team, more precisely in La Nucía, in the Alicante province, where she spends the whole season and has become a honorary member of the community (she also speaks English, some Italian and even some Russian). Jelena also shared teams in 2018, at Cylance, with Sheyla Gutiérrez, who supported her en route to a contract with the Telefónica-backed squad.

She learnt Spanish nearly two decades ago because one of the international series she watched on Serbian TV was ‘Los Serrano’, a really famous drama comedy from the 2000s, which she consumed with subtitles.

She’s got a degree in Architecture, though she’s clearly expressed she won’t be in the mood to get back to that work once she hangs up her bike: “Having acquired such an active lifestyle as a pro cyclist, I feel it’s going to be difficult I get back on that track when I retire.” 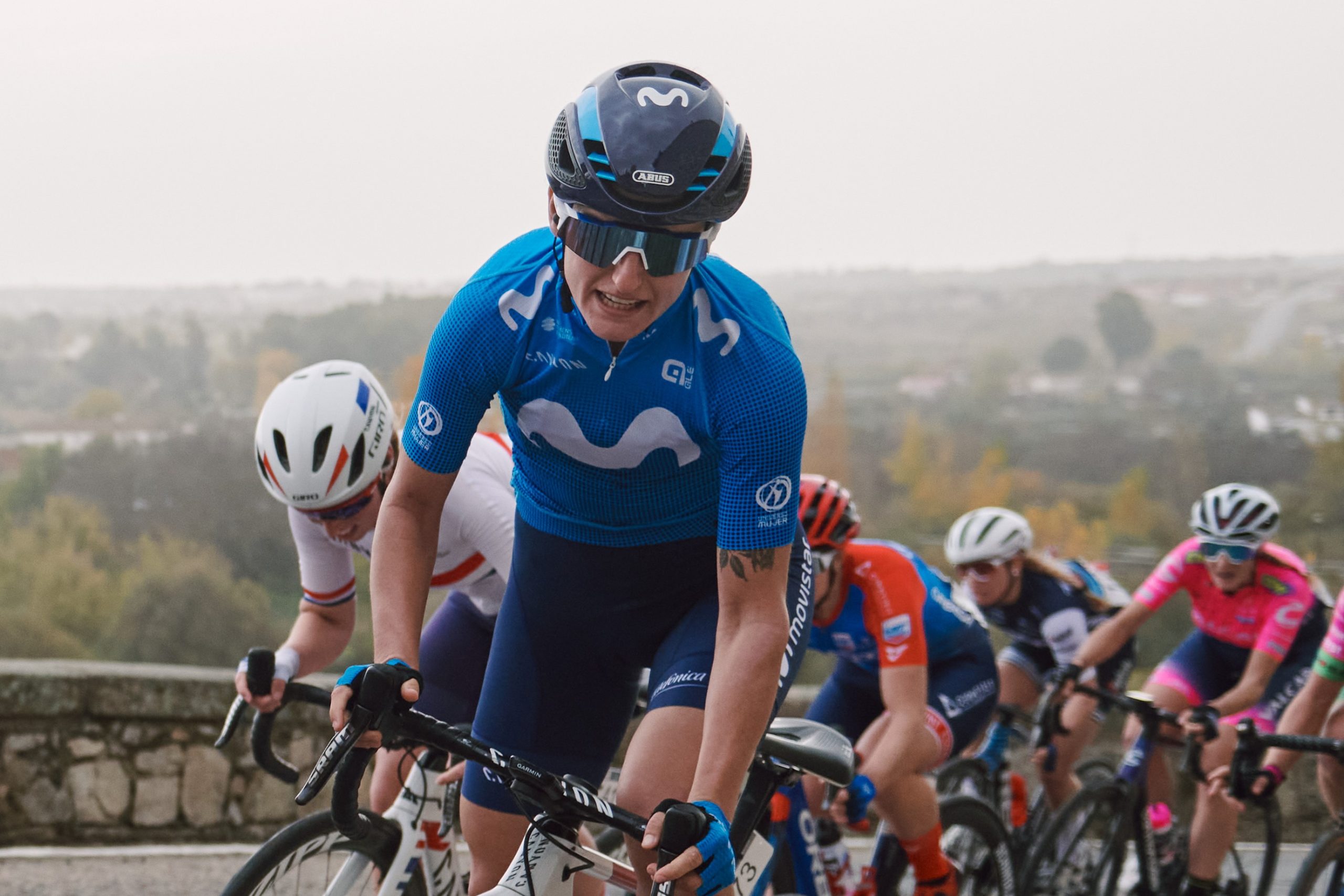 Her sprint to 4th at La Vuelta Challenge’s opener. 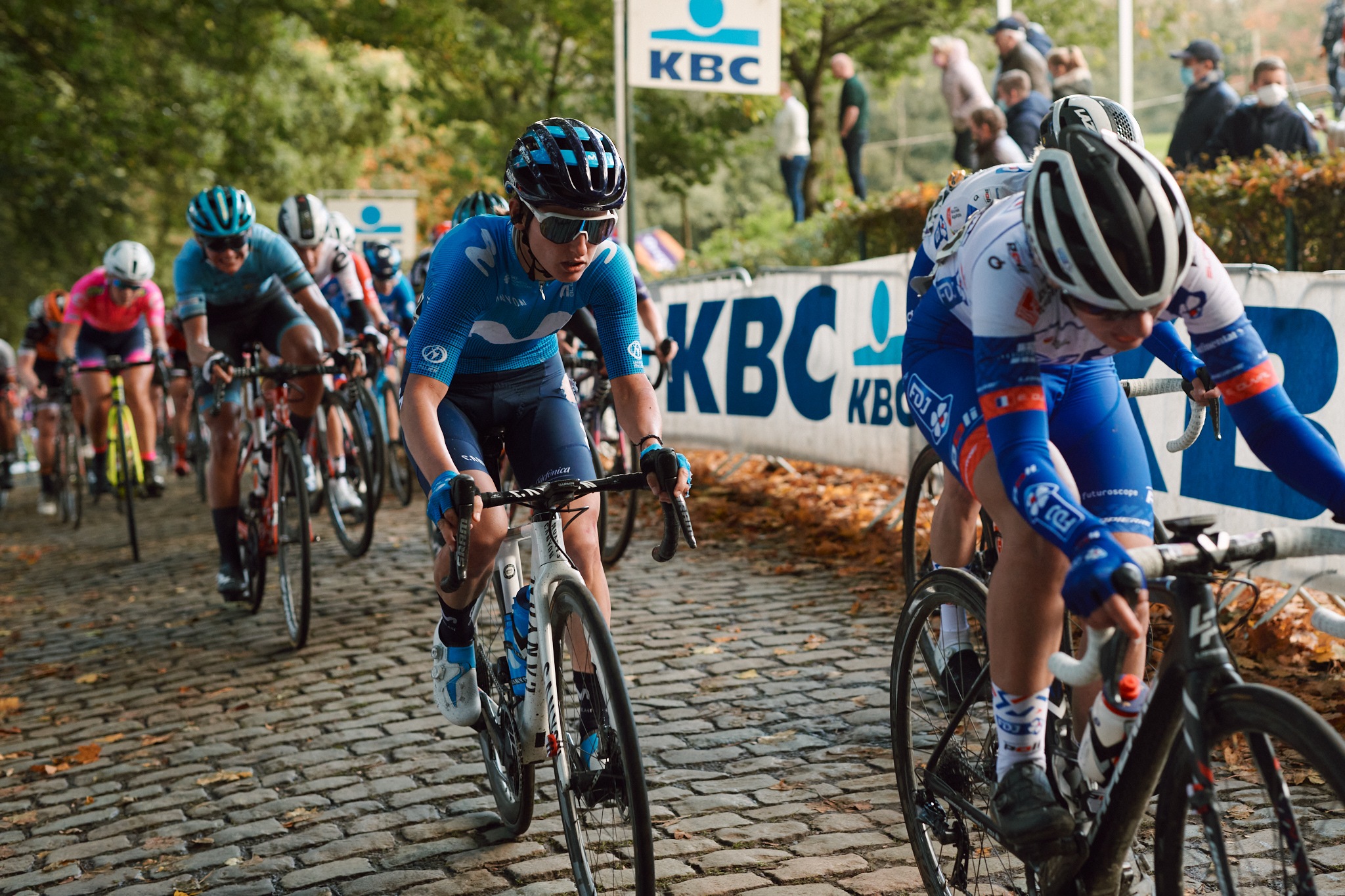 At the Flemish cobbled classics. 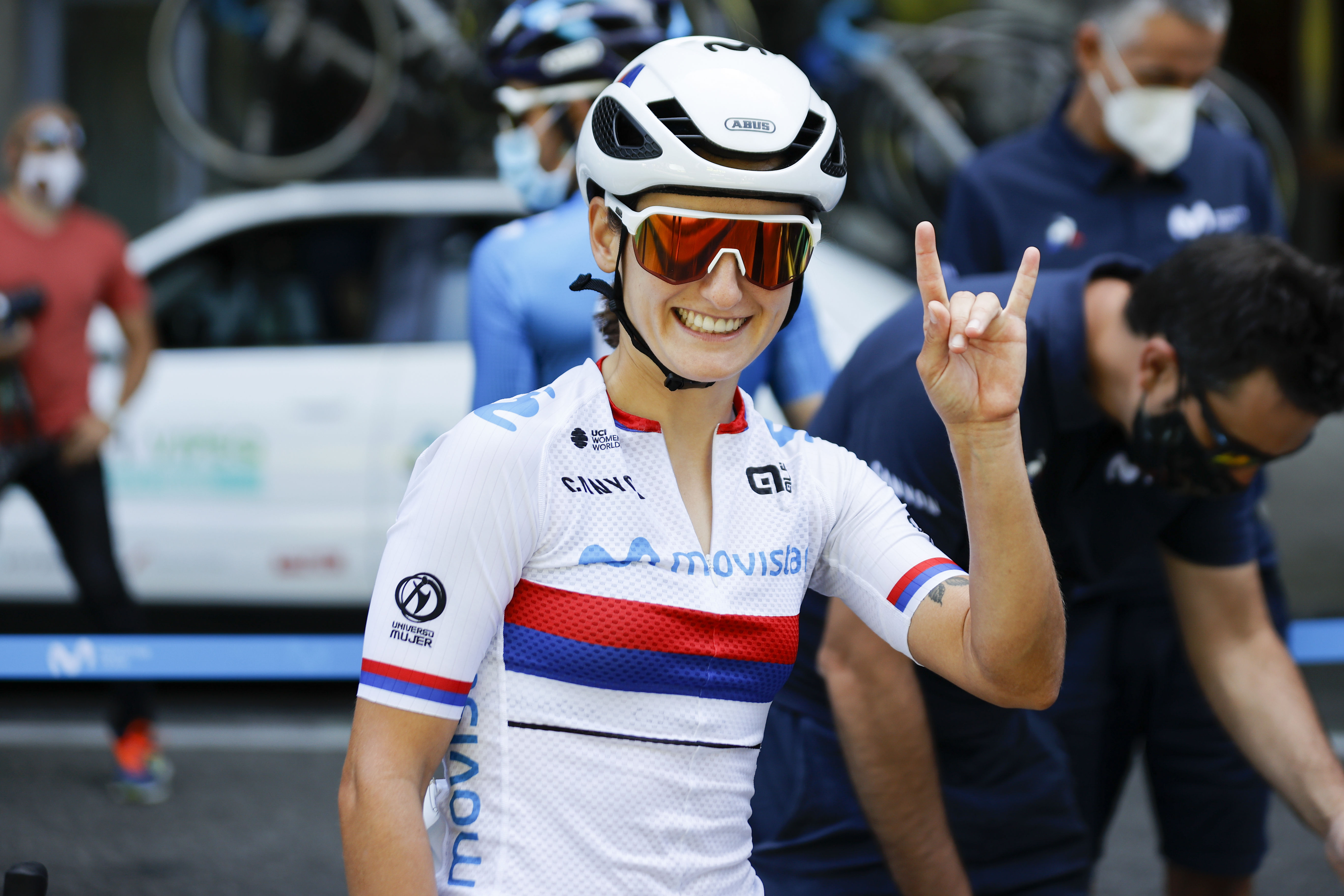 In her Serbian national champ kit.