Serrano (3rd), Rojas (4th) near the top under Murcia deluge 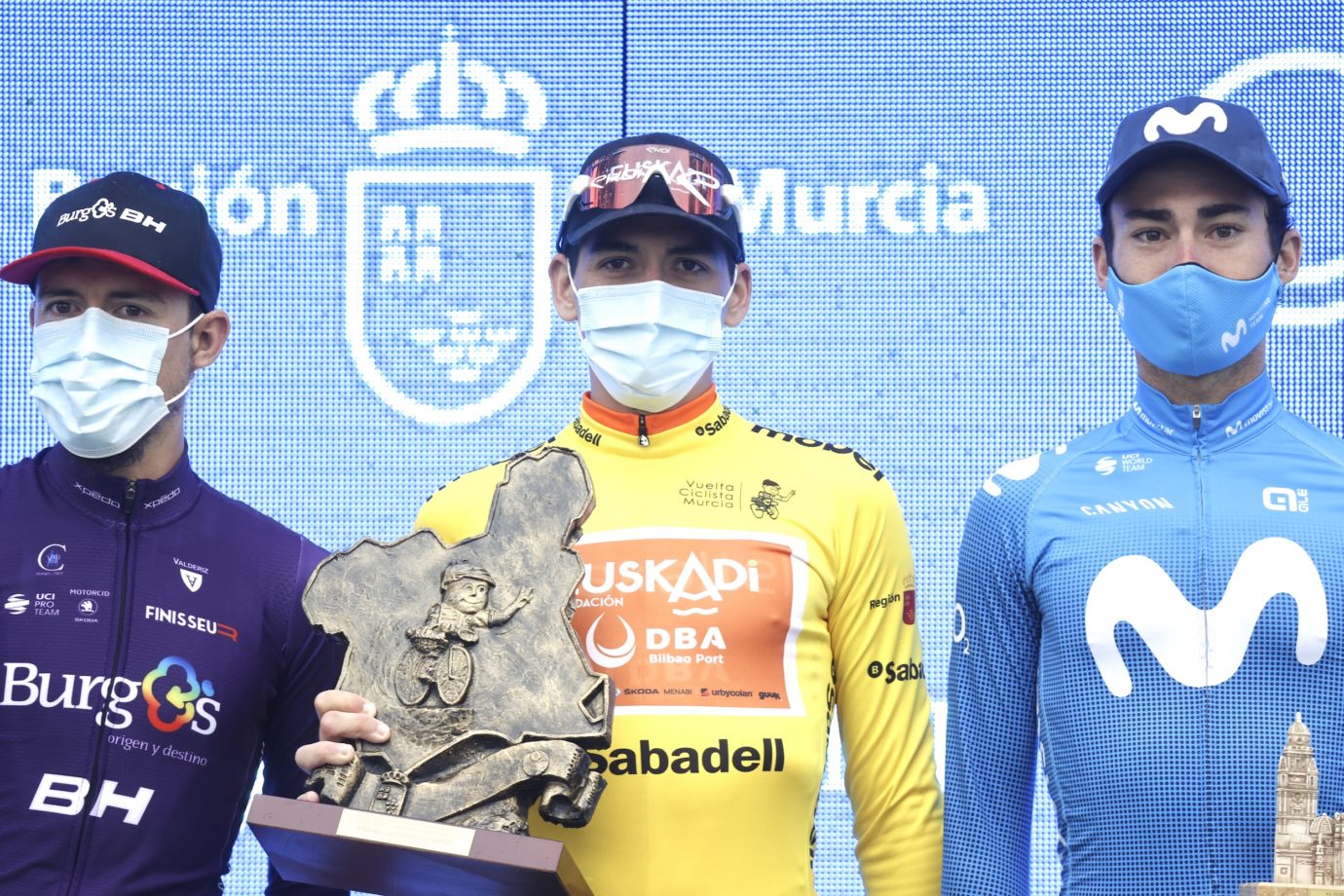 It was an emotional win for Antonio Soto (EUS) at his home town, Alcantarilla, end of a 2021 Vuelta a Murcia -192km starting from Los Alcázares- completely overshadowed by bad weather. Soto took the victory from an early break which the Movistar Team, hampered by those foul conditions, fought hard to bring back until the top of the Collado Bermejo (Cat-1), the pivotal climb of the race.

As Alejandro Valverde, who started here the second half of the season, soon out of condition, it was up to three of his team-mates to chase the win until the end: Héctor Carretero, José Joaquín Rojas (4th) and Gonzalo Serrano, who got into the podium in third. All three were part of a counter-attack at the descent of the Alto de Gebas (Cat-3), later neutralized by the main group.

At the sprint, behind Soto and second-placed Madrazo (BBH), who also went on the attack with 2km left, Serrano confirmed a podium result which wraps up a really nice Spanish spring tournée for the Movistar Team, with success at GP Indurain, Valencia, Asturias and, above that, the recent Vuelta a Andalucía.