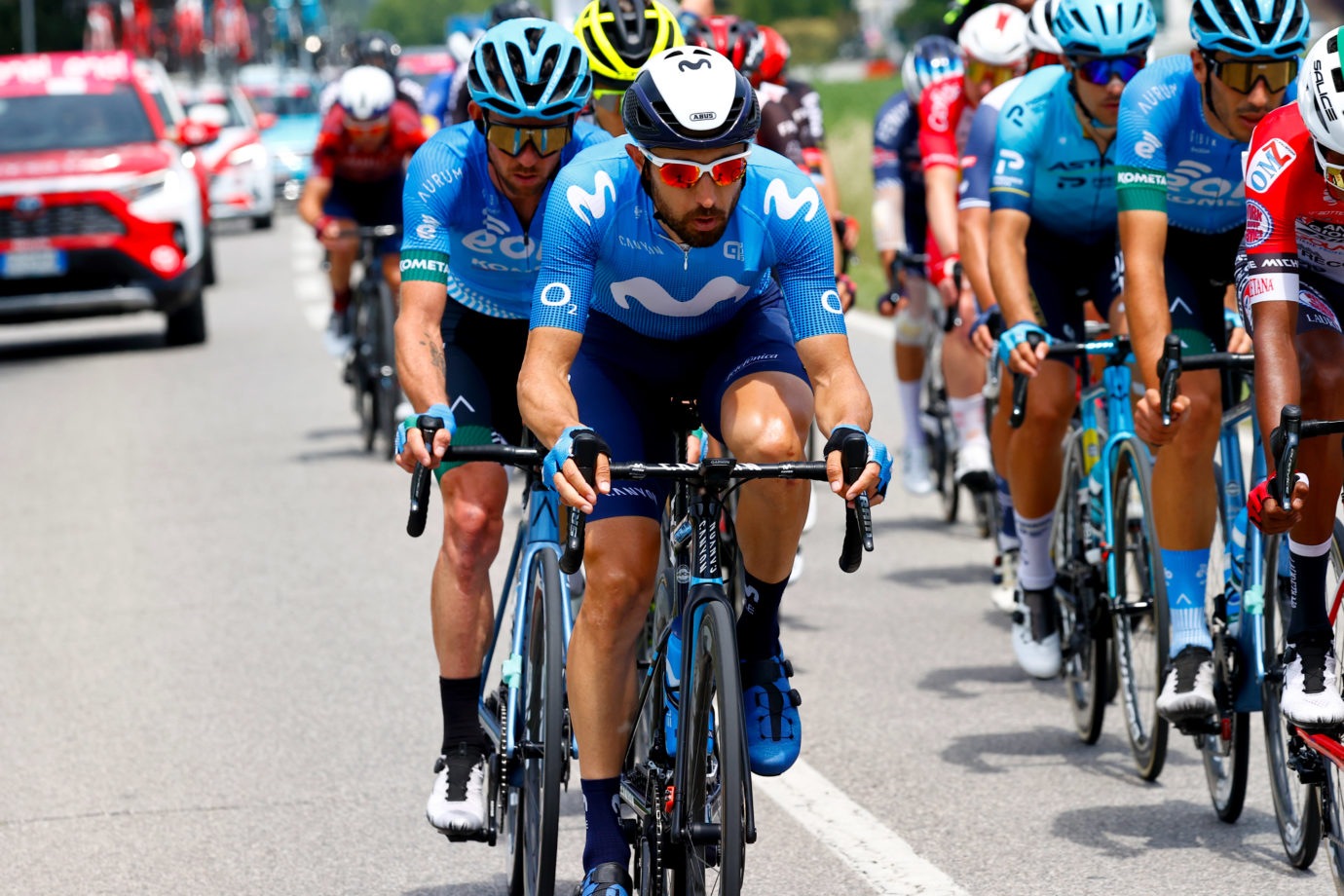 At the final hills around Stradella, finish venue of stage 18 in the 2021 Giro, a Ronde van Vlaanderen winner triumphed as Alberto Bettiol (EFN) came solo to the line after 231km – the longest stage in this year’s ‘Corsa Rosa’ from a 23-rider breakaway including Dario Cataldo (Movistar Team).

It was yet another attempt from the veteran ‘abbruzzese‘ in this Giro, an escape solved via attacks into the last 35km, with the Blue rider more active in the first two slopes – it was three non-categorized ascents and a Cat-4 climb – as Cavagna (DQT) later split the group before the decisive move with Roche (DSM) and Bettiol himself.

Having spent his energies on pursuing Cavagna, Cataldo had to stay content with 12th place, just over a minute and a half behind the winner. The peloton, with no moves whatsoever, finished 23′ behind the winner, with Antonio Pedrero remaining with the top-20 overall.

The Giro will reach on Friday its 19th stage (three to go), back to the mountains with the finish in Alpe di Mera (Cat-1; 10km at 8.7%) after the previous climbs of Gignese (Cat-4) and the Passo della Colma (Cat-3). The route was shortened to 166km earlier this week, as the peloton had to go through the Mottarone area, involved in a dreadful cable car accident last weekend.