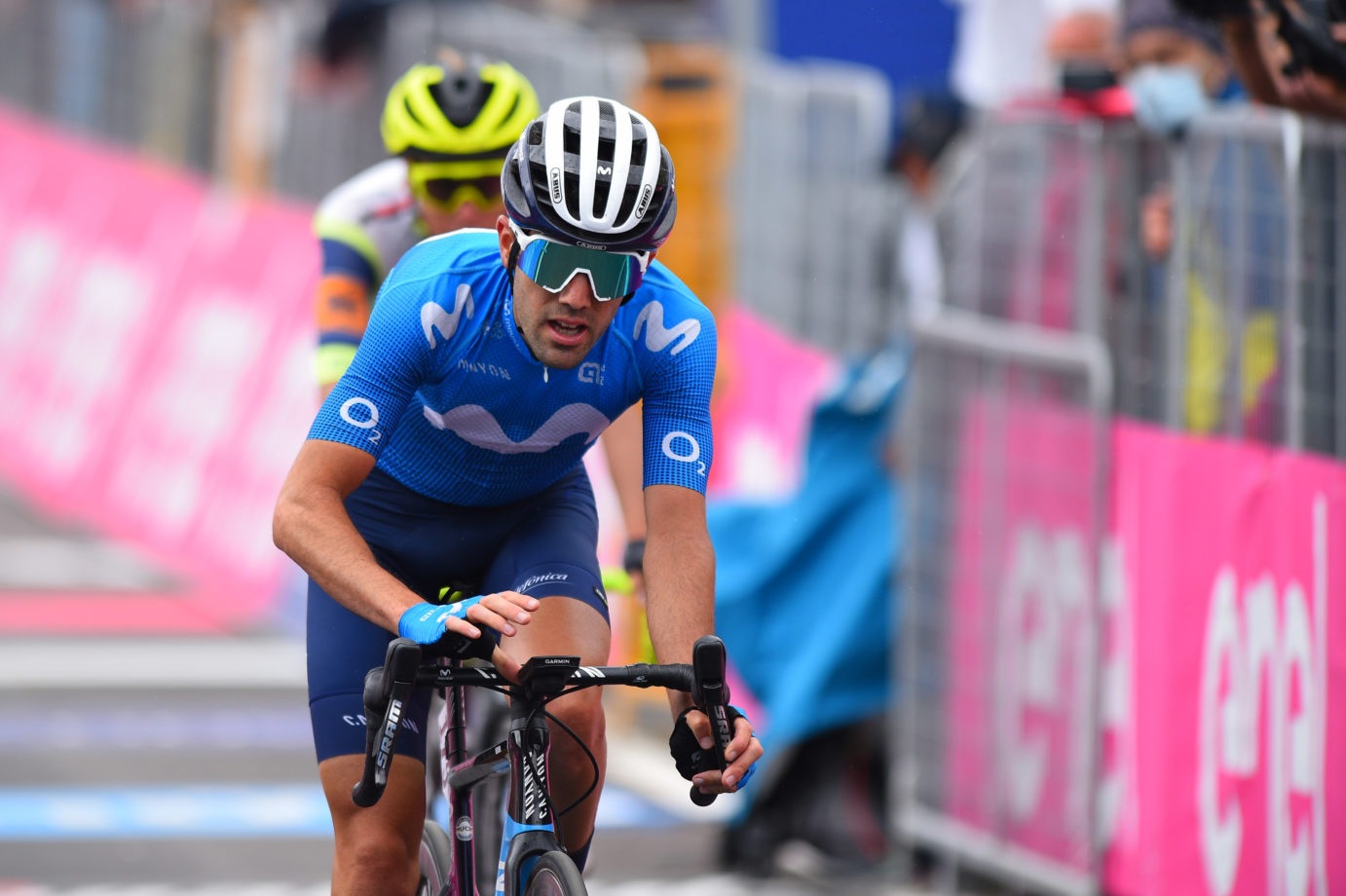 Matteo into early break as Antonio stays with GC contenders until last few kilometers; Movistar Team fights until final mountain day for stage win in Giro, set to end with ITT to Milano on Sunday.

Damiano Caruso (TBV) claimed an impressive victory at the final mountain stage of the 2021 Giro d’Italia, over a 164km route -partly on Ticino roads in Switzerland- from Verbania to the top of the Alpe Motta (Cat-1), precedes by the tough San Bernardino (Cat-1) and Passo Spluga (Cat-1). Day 20 of the day, the final road stage in this year’s ‘Corsa Rosa’, was the final chance for the Movistar Team to seek for a stage win.

Matteo Jorgenson, improving over the Giro after a non-covid illness early on, was part of the early, nine-man breakaway, leading the race until the early slopes of the San Bernardino and ultimately caught by a group of favourites which Caruso and Bardet (DSM) anticipated on the attack. Behind those two, alongside race leader Egan Bernal (IGD), resisted until the final downhill three of the Blues: Dario Cataldo, Einer Rubio and Antonio Pedrero, who was the strongest of the Telefónica-backed squad in 10th place (+2’23”). Antonio was dropped with 7km to go at the Alpe Motta, when only eight riders were able to keep up in the GC group.

The 104th edition of the Giro will end on Sunday with a 30km ITT from Senago to Milano, the Movistar Team taking its 26th appearance to its end after a challenging second half of the race with the loss of their designated GC contender.