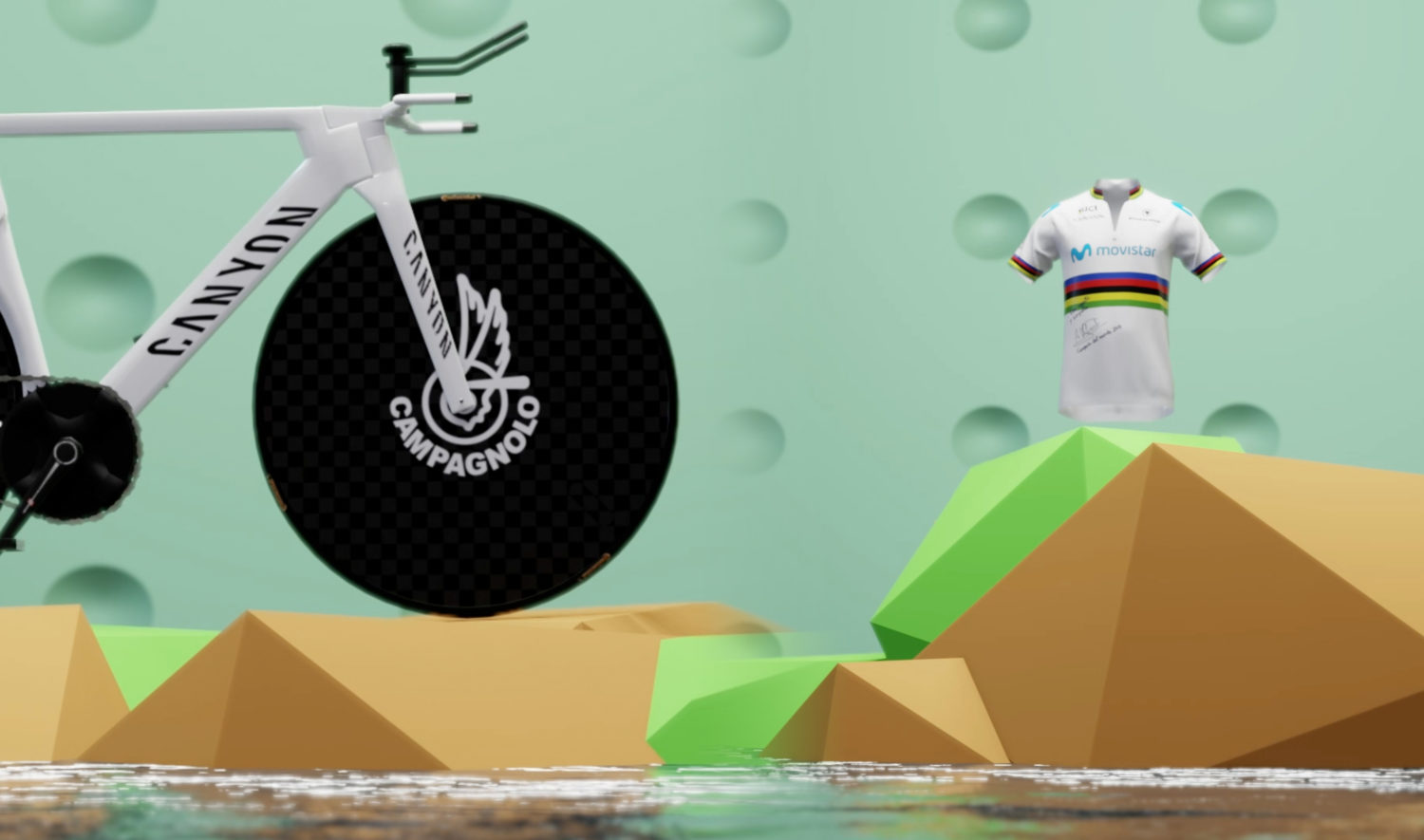 Telefónica-backed squad becomes one of pro cycling’s earliest teams to launch digital versions of some of its most valuable equipment, such as Valverde’s world champion jersey of the bike they used at their successful 2015 Hour Record attempt.

Always loyal to their main sponsor’s cutting-edge spirit, the Movistar Team becomes one of pro cycling’s earliest teams to have their own NFTs, non-modifiable digital assets, which, in the case of the Telefónica-backed squad, will be commemorating legendary moments of its history.

The Movistar Team is selling digital copies of two of its most recognisable pieces of equipment from the last few years: the Canyon Speedmax WHR bike which helped the team beat the Hour Record for the second time in 2015 and the World Champion jersey Alejandro Valverde sported for most of the 2019 season, signed by the Spaniard. The assets cards celebrating both objects are included in the sale.

Recently made popular in the areas of memorabilia and fine arts, the NFTs or Non-Fungible Tokens are based on the blockchain technology, which ensures authenticity of the products – which can be bought with the Ethereum cryptocurrency – as well as full ownership of those who purchase them, indestructibility and unique, indivisible character.