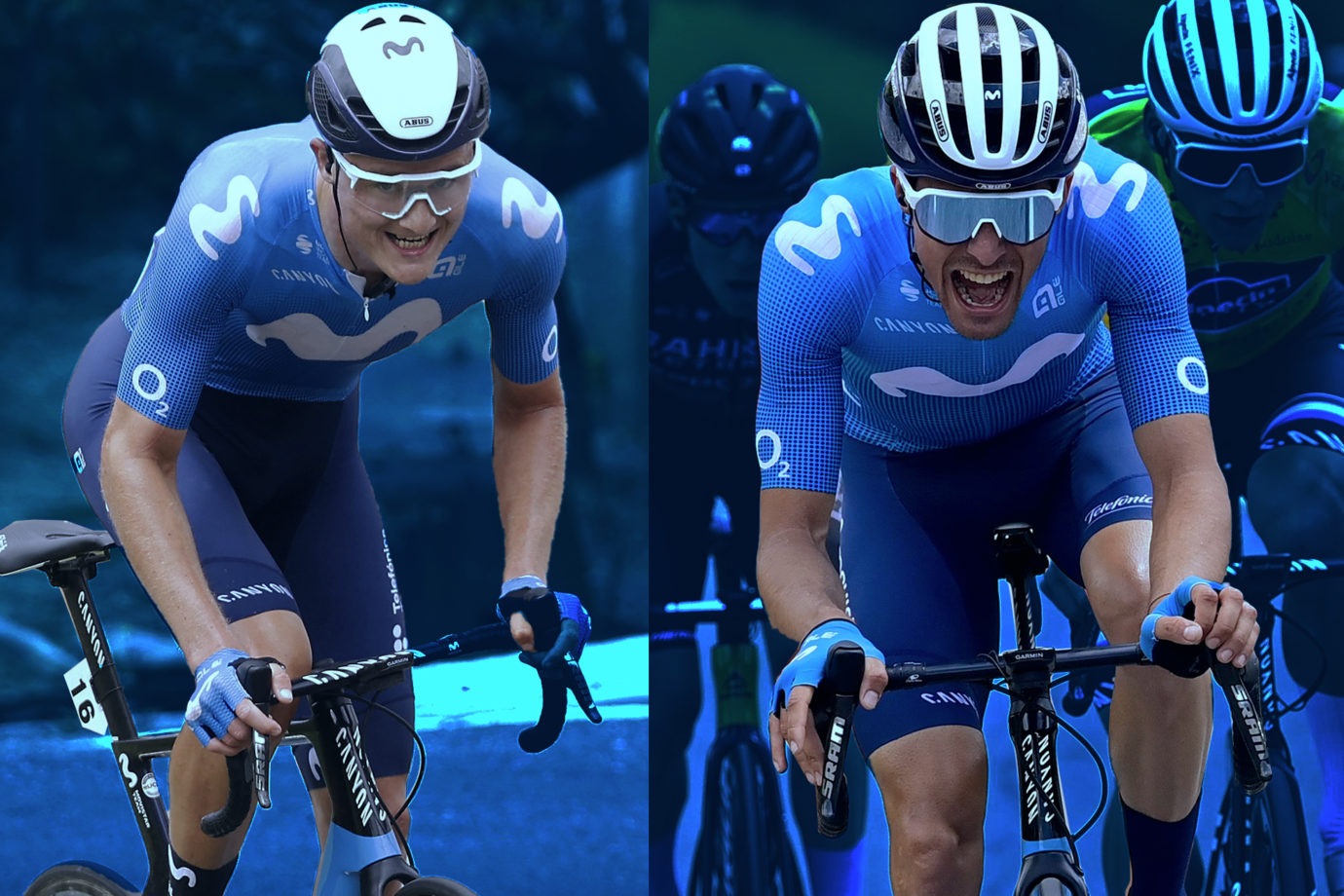 The Movistar Team announced Friday that Mathias Norsgaard (Silkeborg, DEN; 1997) and Sergio Samitier (Barbastro, ESP; 1995) have both signed multi-year contract extensions with the Telefónica-backed squad. The Dane will remain a Blue member until the end of 2023, while the Spaniard will stay with his home WorldTour team until 31 December 2024.

Norsgaard’s new contract is a reward to his big efforts: following two inactivity periods and several operations due to his horrible fractures in the winter of 2019, the Danish youngster was able to get back to where he always wanted to be with an excellent second half of 2021. Other than individual results -2nd at a stage of the Benelux Tour; 3rd at a tough Danish Champs road race; 4th in the ITT-, Mathias showed great teamwork skills, tactical sense and commitment in all kinds of terrains and situations. In just few days’ time, Norsgaard will be able to join his first elite Worlds appearance: he’ll compete for Denmark at the mixed relay, together with -amongst other riders- his sister Emma and her fiancé, and a big friend of Mathias, Mikkel Bjerg (UAD).

In turn, Samitier’s extension helps the Movistar Team secure one of their biggest hopefuls. Despite injuries and incidents -more importantly in 2020- which have overshadowed his WorldTour career to date, he finished 13th in his maiden Giro d’Italia appearance last year and shone during the last few months in top events like the Tour de Suisse -fighting for the KOM jersey until the very last day-, the Settimana Italiana (6th overall) or the Volta a Portugal -3rd into stage one-. The Spaniard was selected as a reserve, and part of the Movistar Team bubble, prior to the Tour de France, which further underlines the Blues’ confidence in Sergio’s potential.

Mathias Norsgaard: “I’m really happy and proud to stay in Movistar Team colours for two more years. The first year was ‘different’, with the pandemic and my injury, so 2021 was my first real, full season with the team. I had some really nice races in the spring, joining the breaks at Milano-Sanremo and the Ronde van Vlaanderen – it gave me so much joy, to be able to be up there in the biggest one-day events in the world, as part of this team. It really made me proud and happy. When I had the chance to re-sign with the Movistar Team, I didn’t hesitate for a minute. It was already fantastic to sign that first contract two years ago, but this extension is just as special. I hope I can continue with the Blues for many more years, because I believe they can develop me in the right direction. I had my chances to pursue my own results this year and I was also given the job and opportunity to develop into a really good team-mate for the leaders in this team, so I hope I can continue as a member of this family in the future.”

Sergio Samitier: “Having Eusebio and the Movistar Team giving me the chance to re-sign for three more years really shows they’ve got faith and confidence in what I can do, and I want to pay them back for that support in the long term by becoming the best rider I can be. I would like to get myself back into a more ambitious role, just as I competed when I was an amateur; be a crucial rider for the team at the most important races of the season; and hopefully take on leading roles whenever is needed in the next few years. Should the team ask me to pick up the pace in a mountain stage and reduce the field – I can do that. And if I have to be the leader, as it was the case for me at the Settimana Italiana this year, be up there or maybe even aim at victory. Simply put, to continue growing. I feel like the upcoming three years are the ‘day of reckoning’ for me, and I must go chase strong results. In that respect, I feel quite at ease in this team – it’s our home squad, the main reference, the team you’ve always followed as a kit, and having them putting that much faith in you and giving you those three years is really beautiful. I really value strongly that Spaniards like me continue to be given a chance here, having the team gamble on us locals – it’s great for us.”