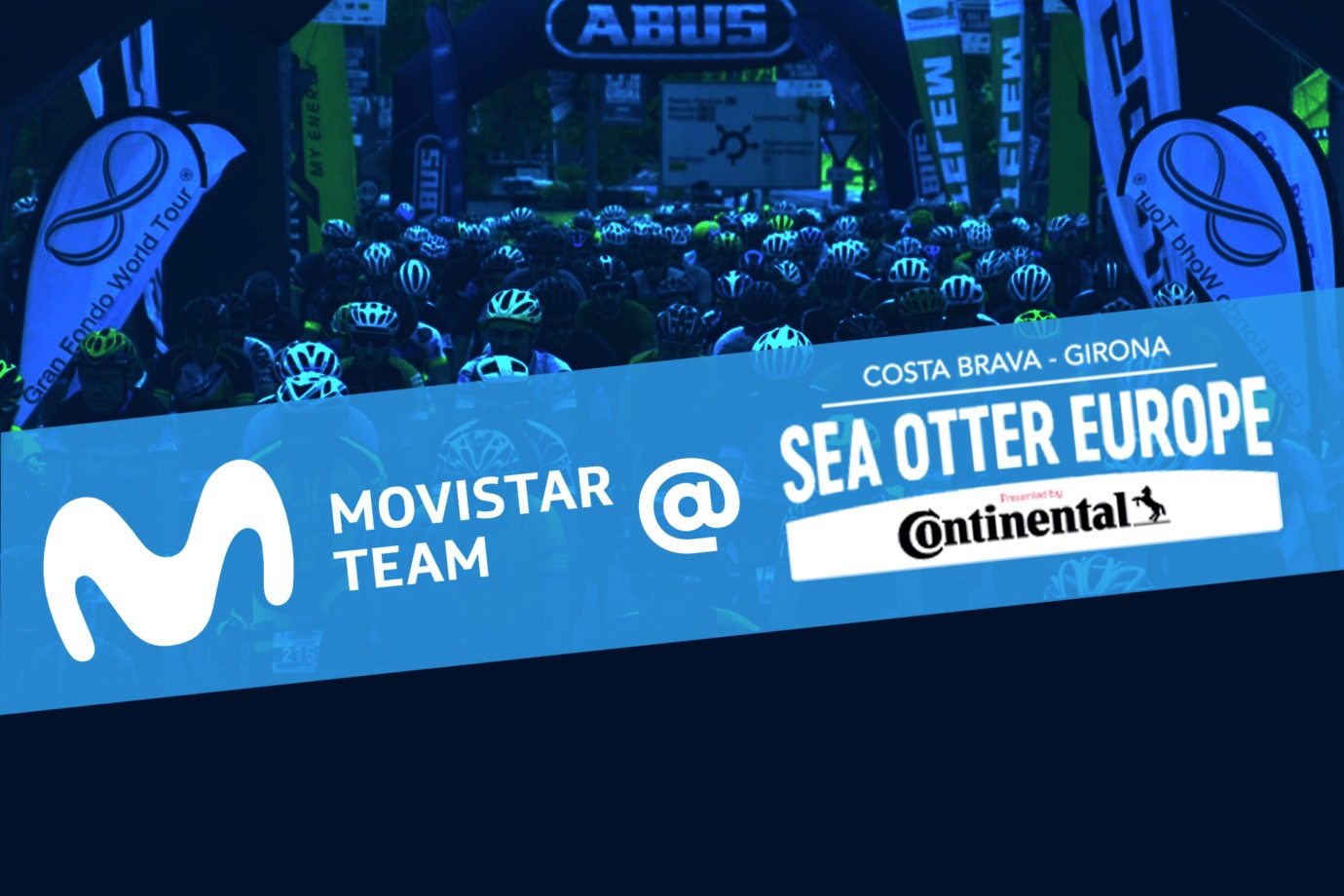 To be held in Girona this weekend

As the Sea Otter Europe, one of the biggest bike shows in Europe post pandemic, is held this weekend, the Movistar Team will be joining three of its main sponsors -Canyon, ABUS and Garmin- and meeting the biggest fans of this sport in Girona on September 24 and 25.

Other than autograph sessions, interviews and some E-Gravel Bike tests alongside Canyon, Saturday 25 will see the Telefónica-backed squad attend two important events held alongside the show. Early that morning (6am CEST), Irish rider Imogen Cotter, one of ten members of the Movistar eTeam, will take the start of the Canyon Pirinexus Challenge, a 340km route -to be covered within an 18–hour time limit- which the Blue rider will tackle on a Canyon Grail, the latest, most advanced gravel bike from the German firm.

Later that day, at 1.30pm CEST, José Joaquín Rojas and another eTeam member, Ana Dillana, will take part in the prologue of the Gran Fondo World Virtual Series, a virtual cycling event to be held at Girona’s basketball arena Pavelló Fontajau. Everyone can sign up and participate from home.

Carlos Verona -who will show up in Girona while still recovering from his La Vuelta injuries- and Lluís Mas -straight from his Flanders 2021 World Championships appearance, competing for Spain at the TT mixed relay- will also represent the Movistar Team at Sea Otter Europe.