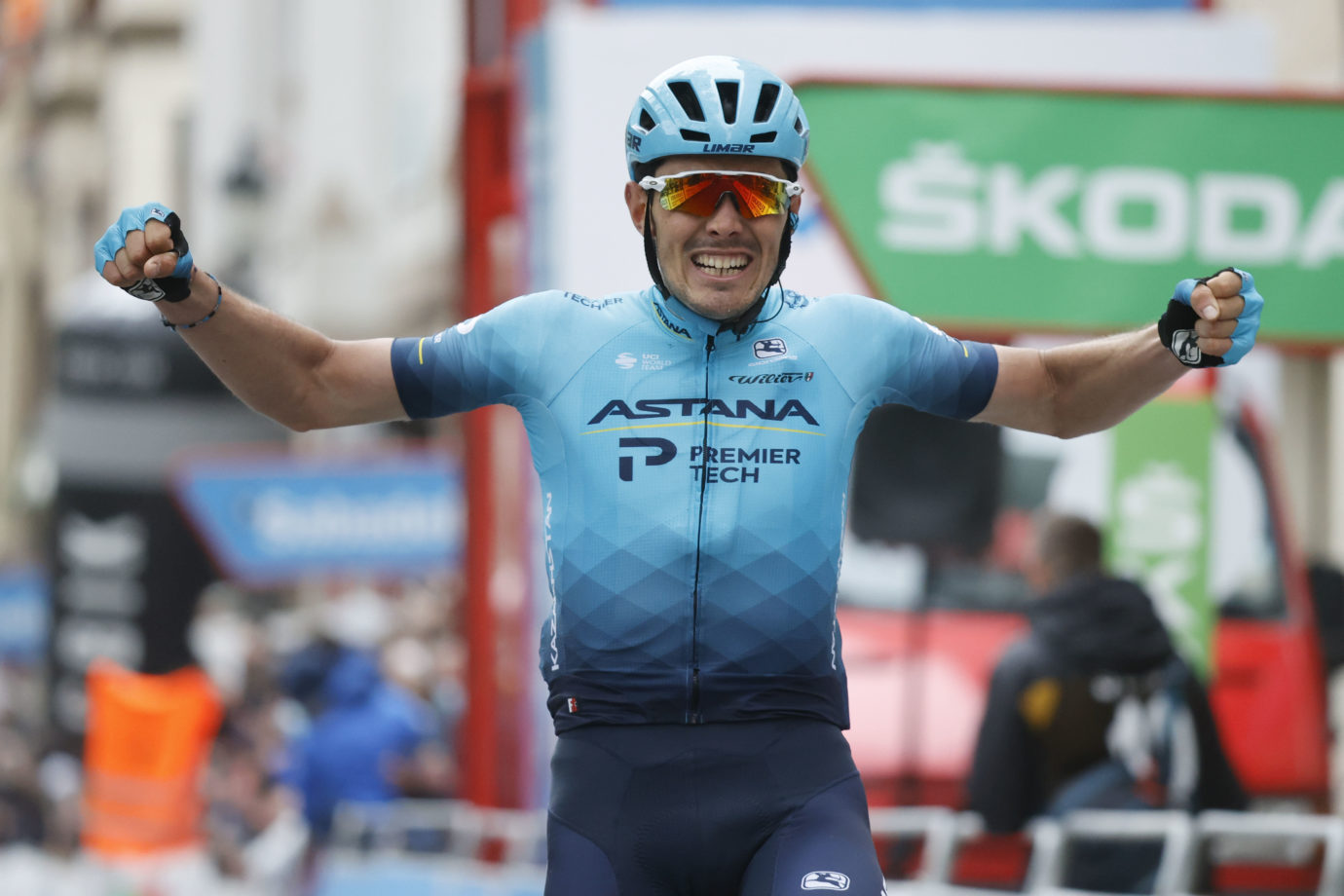 26-year-old Basque, one of the WorldTour peloton's biggest confirmations of 2021, will bring his all-around talent to the Telefónica-backed squad as of next season.

The Movistar Team announced Wednesday they have signed a contract for the next three seasons (2022-2024) with Alex Aranburu (Ezkio, Gipuzkoa; 1995), a current member of the Astana – Premier Tech squad. The Spaniard becomes the Blues’ third addition to their 2022 roster, after previous confirmations of Óscar Rodríguez and Max Kanter.

Aranburu has turned into one of the biggest names in Spanish cycling, crucially owing to his performances over the last two seasons, his maiden step into the WorldTour after a Continental debut at Murias (2016) and three years with Caja Rural (2017-19).

7th at the last two editions of Milano-Sanremo; winner of a stage at last April’s Itzulia Basque Country; able to perform at scenarios as different as the Belgian cobblestones -6th at the Omloop Het Nieuwsblad- or the lumpy, opening ITT of La Vuelta (2nd to Primoz Roglic in Burgos)… His adaptability to all terrains and situations is a huge testament to the quality of a rider called to be pivotal to the Movistar Team’s future success.

“I’m so happy to confirm you I’ll be a member of the Movistar Team, our home WorldTour squad, for the next three years. I already know many members of the team and I’m sure the atmosphere within the team is going to be great. I’m coming into this team with great excitement, willing to grow both as a rider and as a person. Hopefully I can continue improving bit by bit every year, just like up to this point, so we can achieve good success together.”