On the attack – for Sheyla – in Morbihan; Jelena Erić 10th 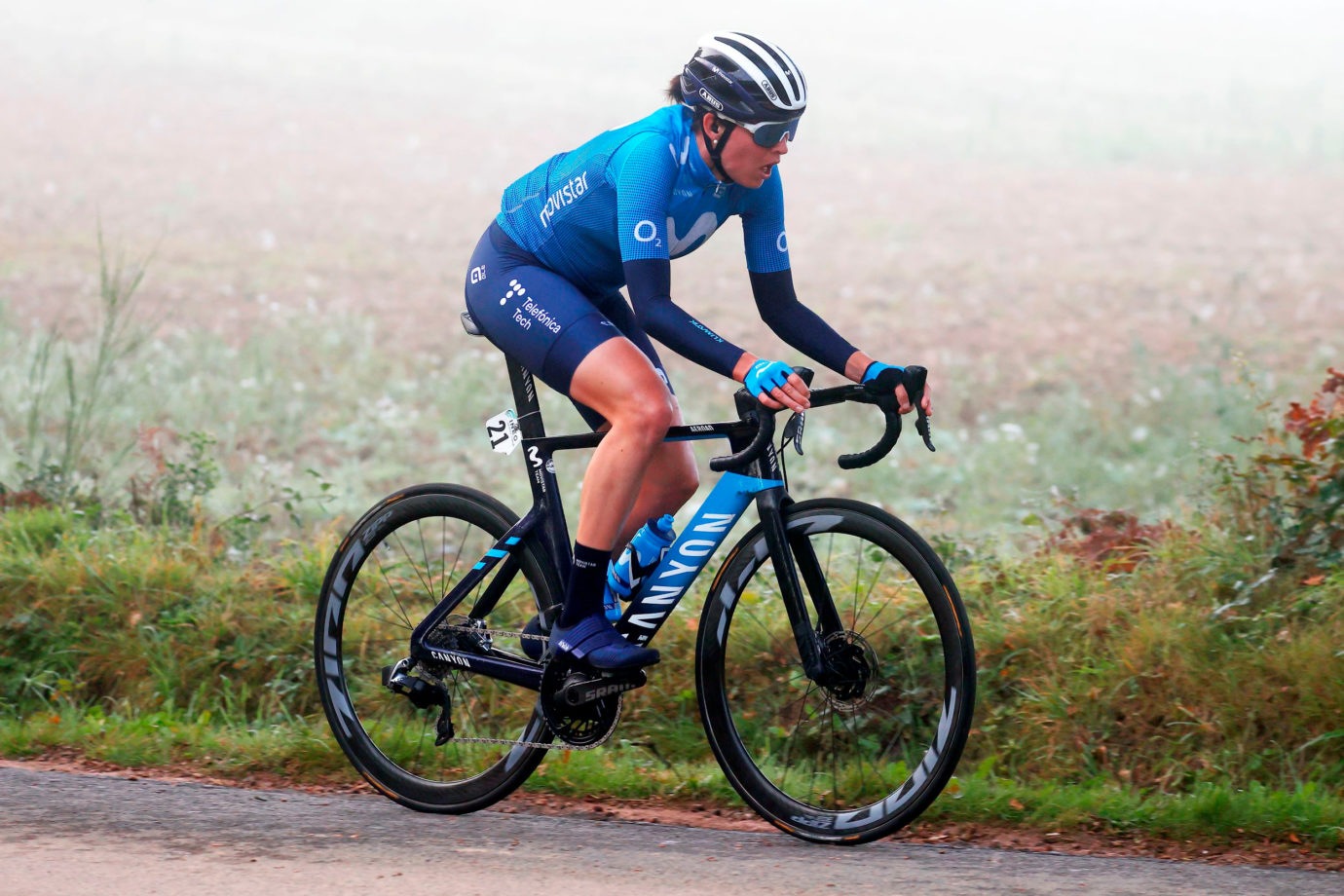 Movistar Team does well at final race of the weekend in Brittany: Aude Biannic and Paula Patiño courageous as Serbian champion fights, with no luck, into the final sprint. Consonni (VAL) prevails.

Seeking to bring Sheyla Gutiérrez -who underwent surgery on Friday to repair the damage to his face following her hard crash at Classique Morbihan- a victory to make up for the pain, the Movistar Team completed a great performance in the GP Morbihan, a 102km circuit course -with two main climbs and some other little lumps- in and around Grand-Champ, Brittany.

Local hero Aude Biannic was the most prominent rider of the roster here directed by Jorge Sanz. She went first into a six-woman attempt halfway through the race, then – at the final lap – joined the flurry of attacks and took about 20 seconds on the field, which would then be quickly brought back.

The good support from Gloria Rodríguez and Alba Teruel helped Jelena Erić and Paula Patiño seek for a result at the end. While the Colombian tried several moves over the final lap, the Serbian champion -who even made it into a dangerous, five-rider attempt including Lotte Kopecky (LIV)- was boxed in heading into the sprint and had to stay content with 10th place. Italian Chiara Consonni (VAL) claimed victory.