Annemiek van Vleuten to stay with Movistar Team in 2023, her last season 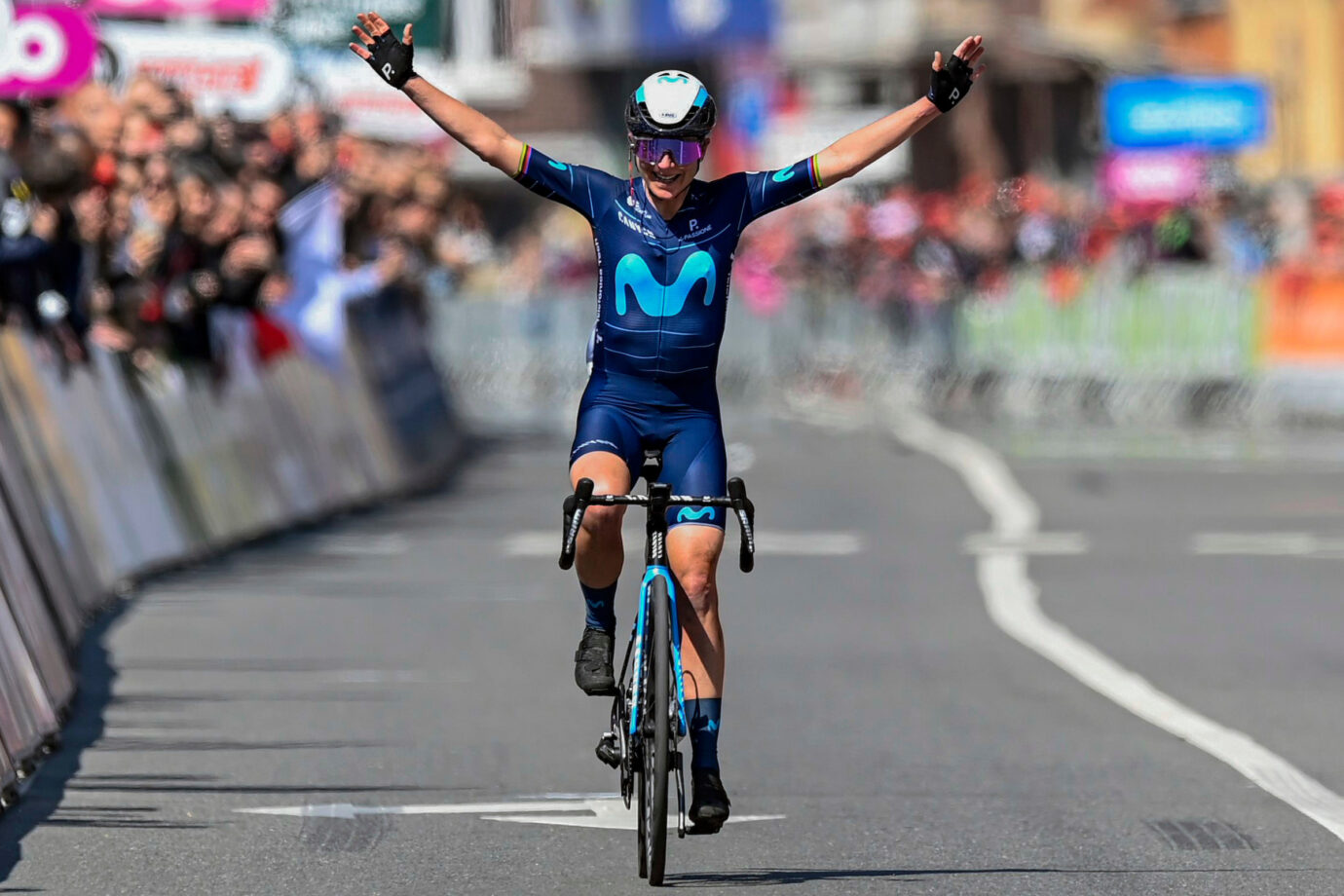 An absolute legend of the sport

Olympic champion + World No. 1 to bid farewell to professional cycling with Telefónica-backed squad; aiming at biggest success with Blues over next year and a half after brilliant 18 months together.

The Movistar Team is thrilled to announce Wednesday that Annemiek van Vleuten (Wageningen, NED; 1982), the great leader of its women’s squad since the start of the 2021 season, has re-signed with the Telefónica-backed project managed by Sebastián Unzué for an additional year, 2023, after which she will put an end to 16 years in the pro peloton.

Van Vleuten’s extraordinary career -almost 90 pro wins- has gone through some of its biggest highlights while racing for the Movistar Team. 2021 was Miek’s best season to date, with 12 victories that include her gold medal in the Tokyo Olympics’ time trial, her second Ronde van Vlaanderen and the national tours of Spain and Norway, a palmarès she’s further increased in 2022 with a new Monument classic, her second Liège-Bastogne-Liège, as well as wins in the Omloop Het Nieuwsblad or the Setmana Valenciana.

However, above those results and the big ambitions Van Vleuten holds for the next year and a half with the Abarca Sports organisation, remains the huge step forward her arrival meant for the whole group. The implication, commitment and work ethic Van Vleuten has instilled in everyone part of the Blue outfit is a mark we’ll carry well after her retirement – one that we’ll proudly enjoy with her next season. Thanks for the confidence, Miek!

“My career, my driving force as a professional athlete, has always been about improving, not winning. Refining every physical ability or mental aspect on the bike, both as an individual and together with the team I’m part of, is what really gives me energy.

“I’d like to contribute a bit more to the team’s improvement, just like I’ve done with the Movistar Team for the past two years, in 2023. To be part of it is why I wanted to re-sign for another season. We’re on the way up, we’re developing, and it’d be sad to stop halfway through that development process. Two years feels like too short, while three is a nicer period. I’m fully confident the organisation will continue to improve in 2024 and the years after that.

“Individual-wise, I didn’t feel like stopping right now – I’m still super motivated, while also aware that there will be a moment when I’ll have to stop. And it suits me better to stop when I’m still at my highest level, playing the game at the front in the biggest events. I just want to finish on a high, and doing it with this wonderful group of people feels like the right thing to do.

“Some people will surely wonder why I’m retiring before the Paris Olympics. For me, this, my career, has always been about finding motivating, long-term projects, like the Movistar Team and every organisation I’ve been part of, that I can invest my energy in. It’s not strictly about specific goals or races. It doesn’t look like the Alpe d’Huez is going to feature on the 2024 course, either (laughs), but as you can understand, that’s not the most important reason.

“The main reason, as I explained, to retire in 2023 is to do so while on top of my game, to round out that improvement process we and the team took up in 2021, and look for new challenges in life. I’m sure I’ll stop with a little tear in my eye, because I love this sport so much, but I’d like to leave cycling, the ‘professional athlete’ part of it, at the top.”