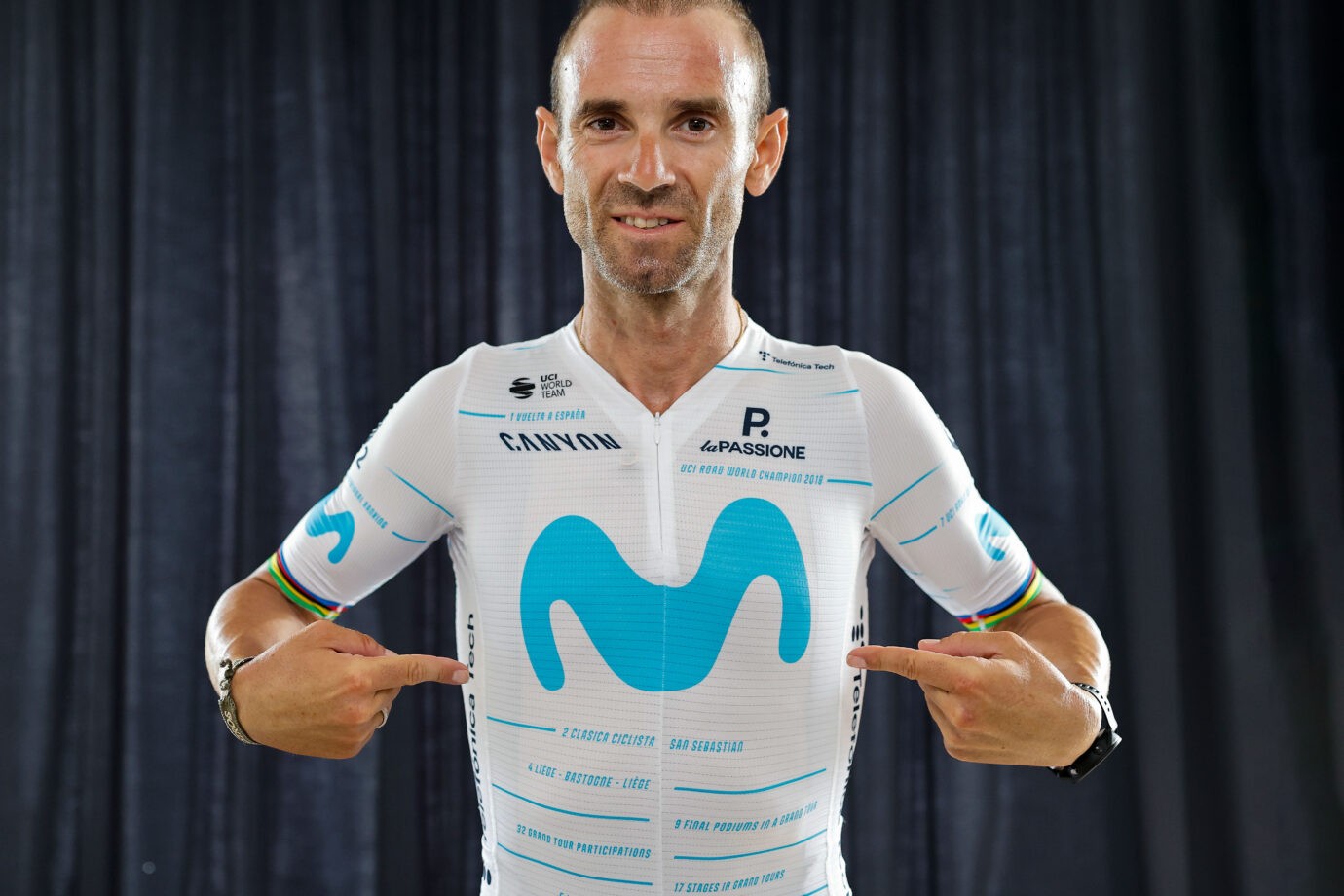 Telefónica-backed squad to use white as predominant color in its kit for very first time; stripes in its characteristic design to reflect Spanish campionissimo's victories, signature on every rider's back.

No one deserves it more than him. In a one-off move, never seen over the 12 years Telefónica has been the organisation’s title sponsor, the Movistar Team will overhaul its jersey for a three-week Grand Tour and dedicate its design for the 77th edition of La Vuelta to Alejandro Valverde, its most important rider for nearly two decades.

Keeping its usual composition, yet transforming its navy blue background into white, La Passione’s kit will turn the horizontal stripes that govern the design into a collection of Bala’s most important victories. The signature of the former World Champion will be at the top on the back of the kit.

The new jersey, which will be used this very evening at the teams’ presentation, will be worn by the Movistar Team over the entire La Vuelta, the last race on home soil for one of the most versatile, charismatic riders Spain has ever known.