Movistar Team counts down the hours before 2020 debut 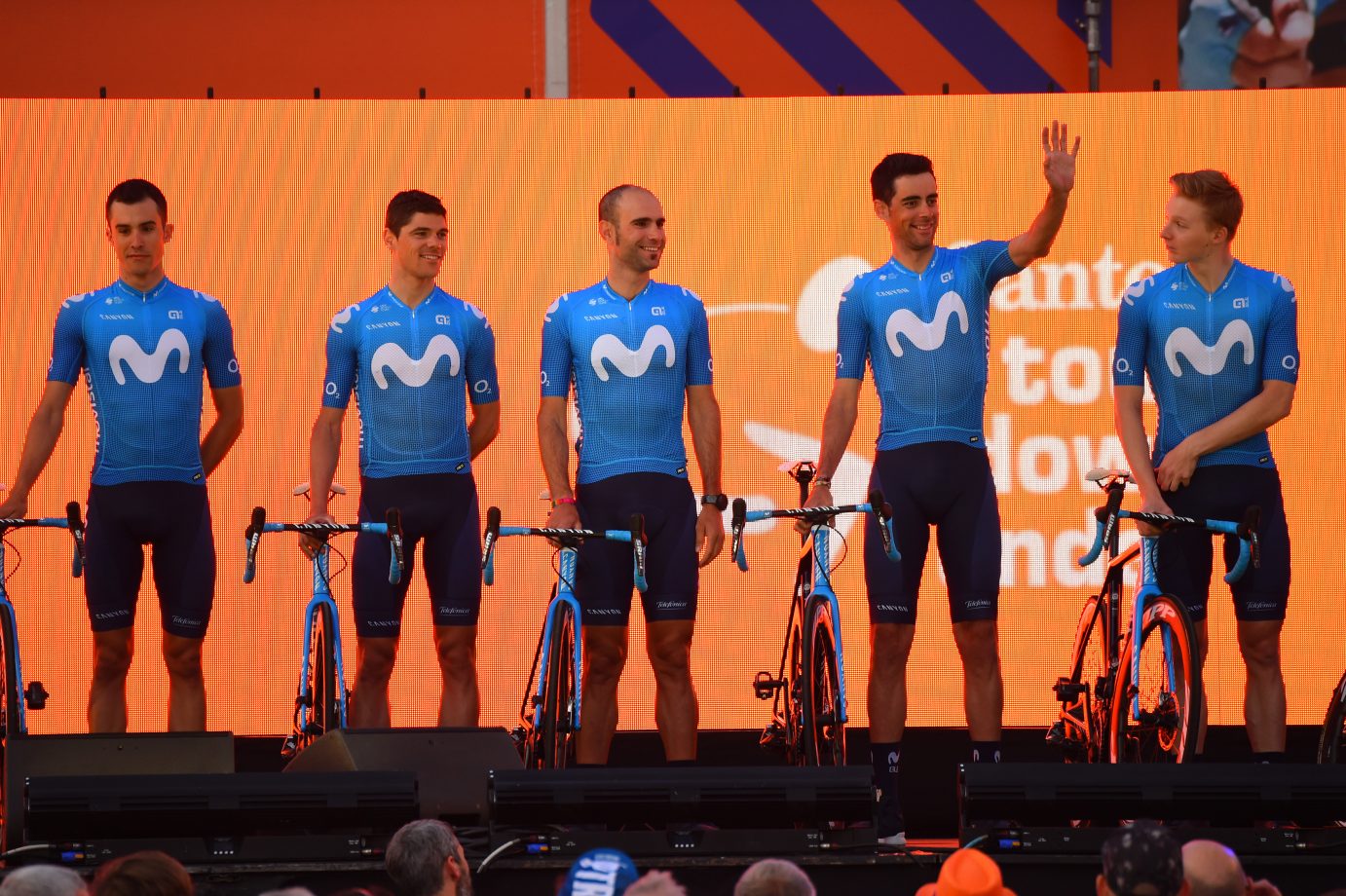 Telefónica-backed squad training around Adelaide since last Sunday, prior to Sunday’s debut at the Schwalbe Classic criterium preluding the Tour Down Under.

There’s just one day left before the Movistar Team kicks off its 2020 season at the Tour Down Under, the maiden race of the UCI WorldTour (Tuesday 21st – Sunday 26th), prefaced by the traditional Schwalbe Classic criterium in Adelaide, on Sunday 19th.

The expedition, led by José Luis Arrieta and composed by Juri Hollmann, Gabriel Cullaigh, Sergio Samitier, Jürgen Roelandts, Jorge Arcas, Edu Prades and Lluís Mas, covered its training program scheduled since last Sunday with no setbacks, including yesterday’s recon of the Queen stage, with dual ascents of the Willunga Hill on Sunday 26th. Before that, the Blues enjoyed last Monday the visit of Spanish professional racing driver Roberto Merhi, who competed at The Bend Motorsport Park as part of the Asian Le Mans Series a day prior.

The Telefónica-backed squad is also fulfilling several sponsor appointments this week, with a visit to the pop up set up by SRAM in Adelaide for the race, on Friday, and a meeting and bike ride with frends and customers of Alé, next Monday. The teams’ presentation on Saturday was the final pre-race event before the start of the 2020 season for the Movistar Team. 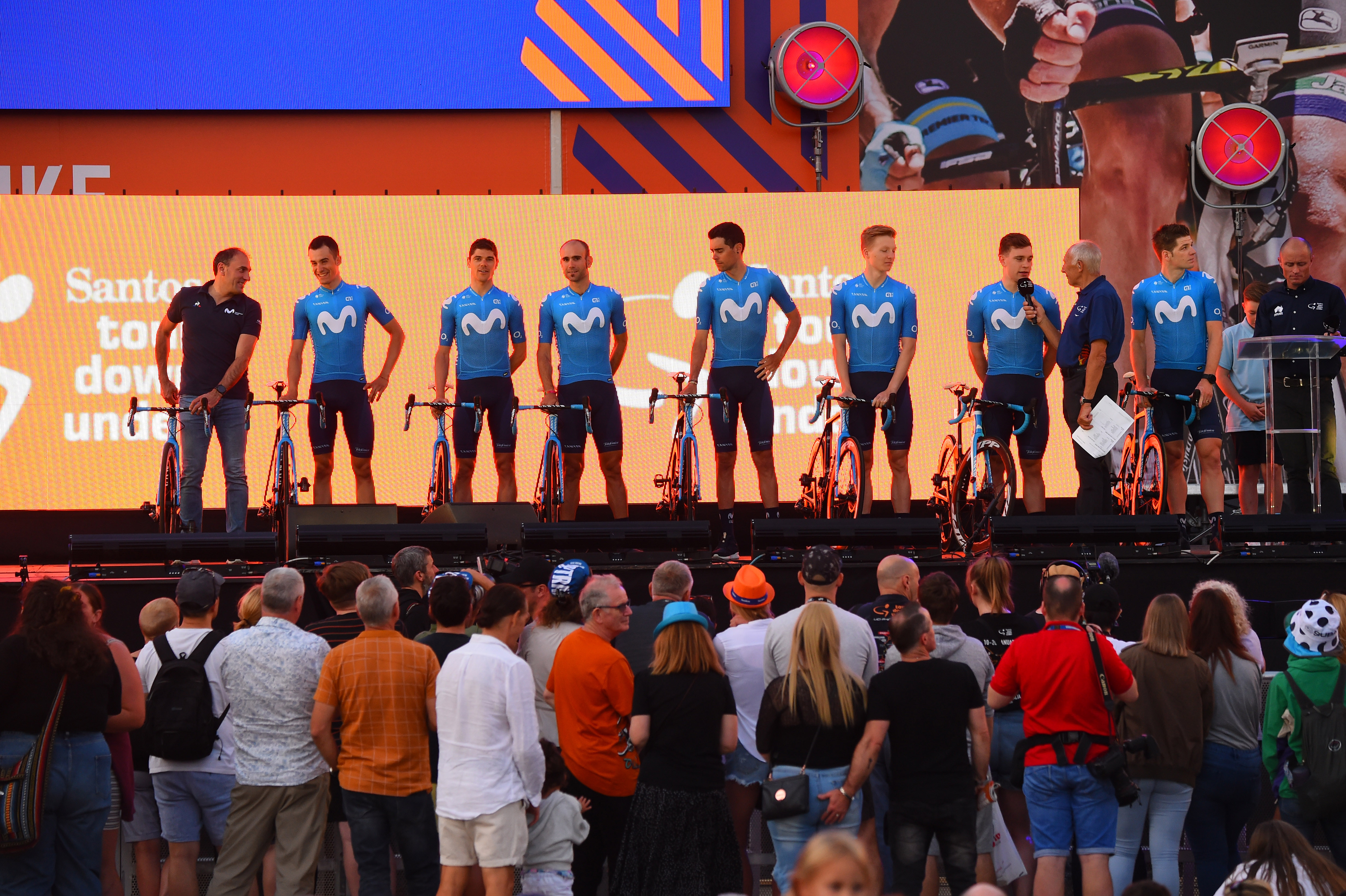 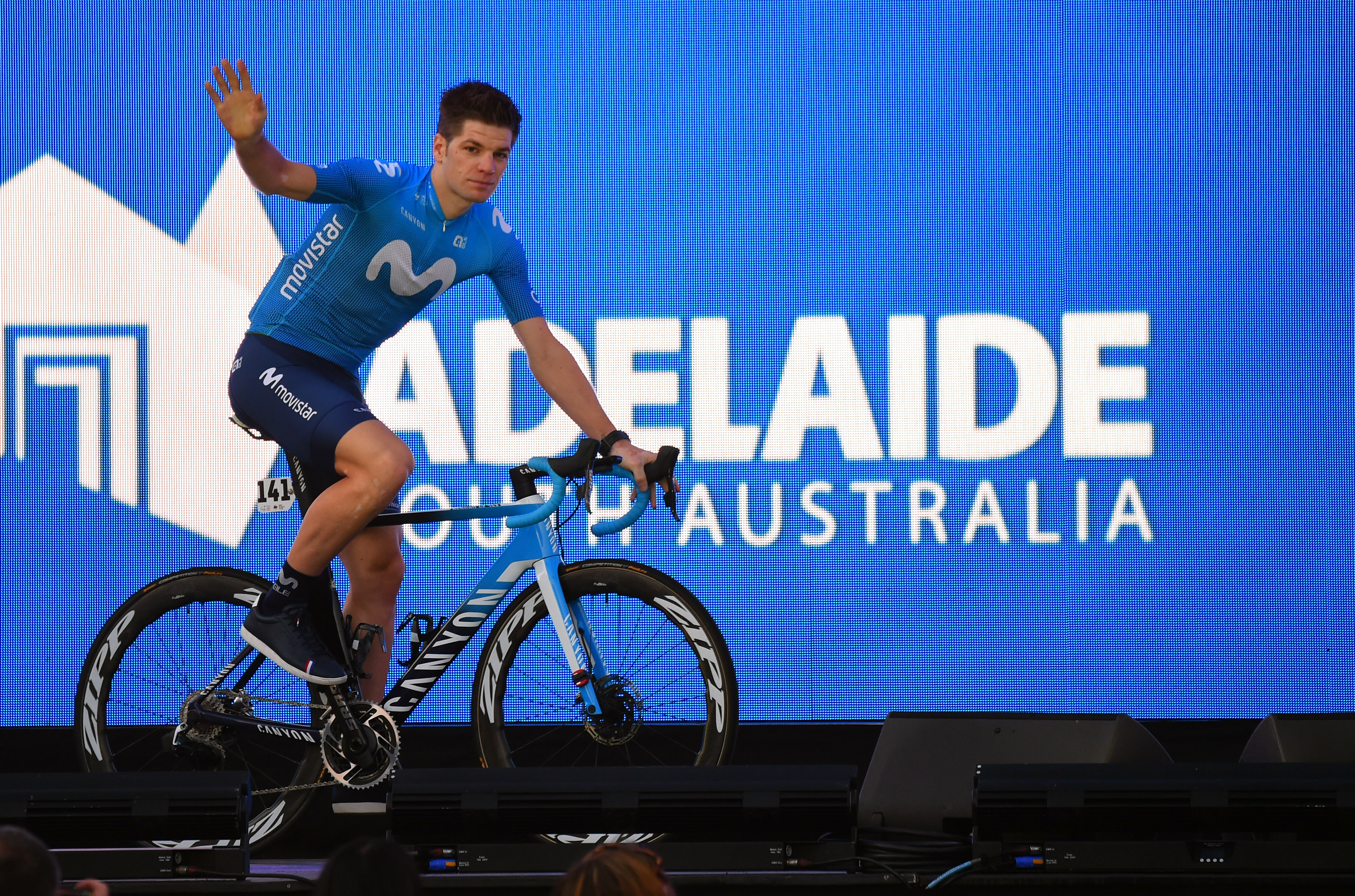 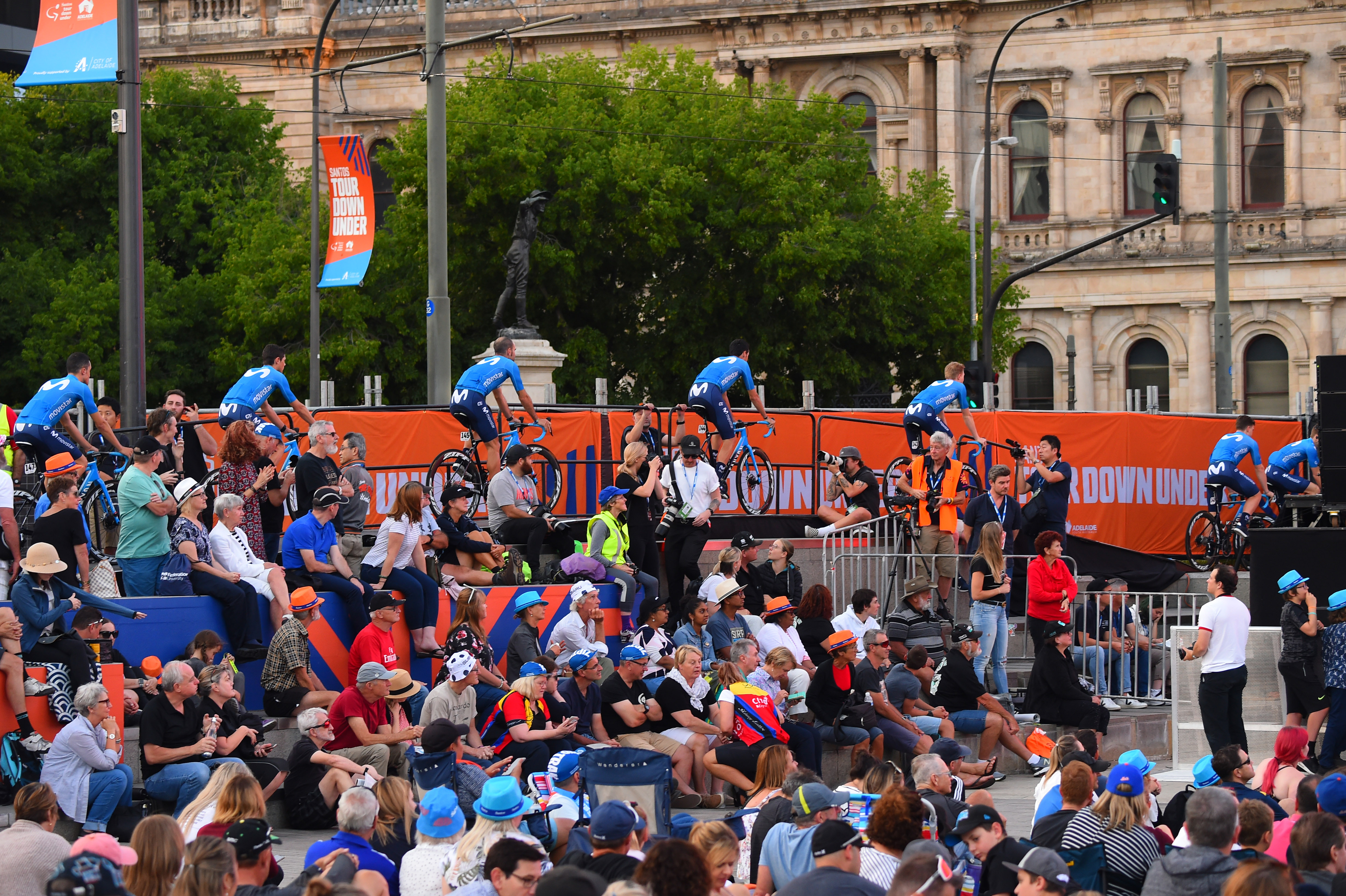 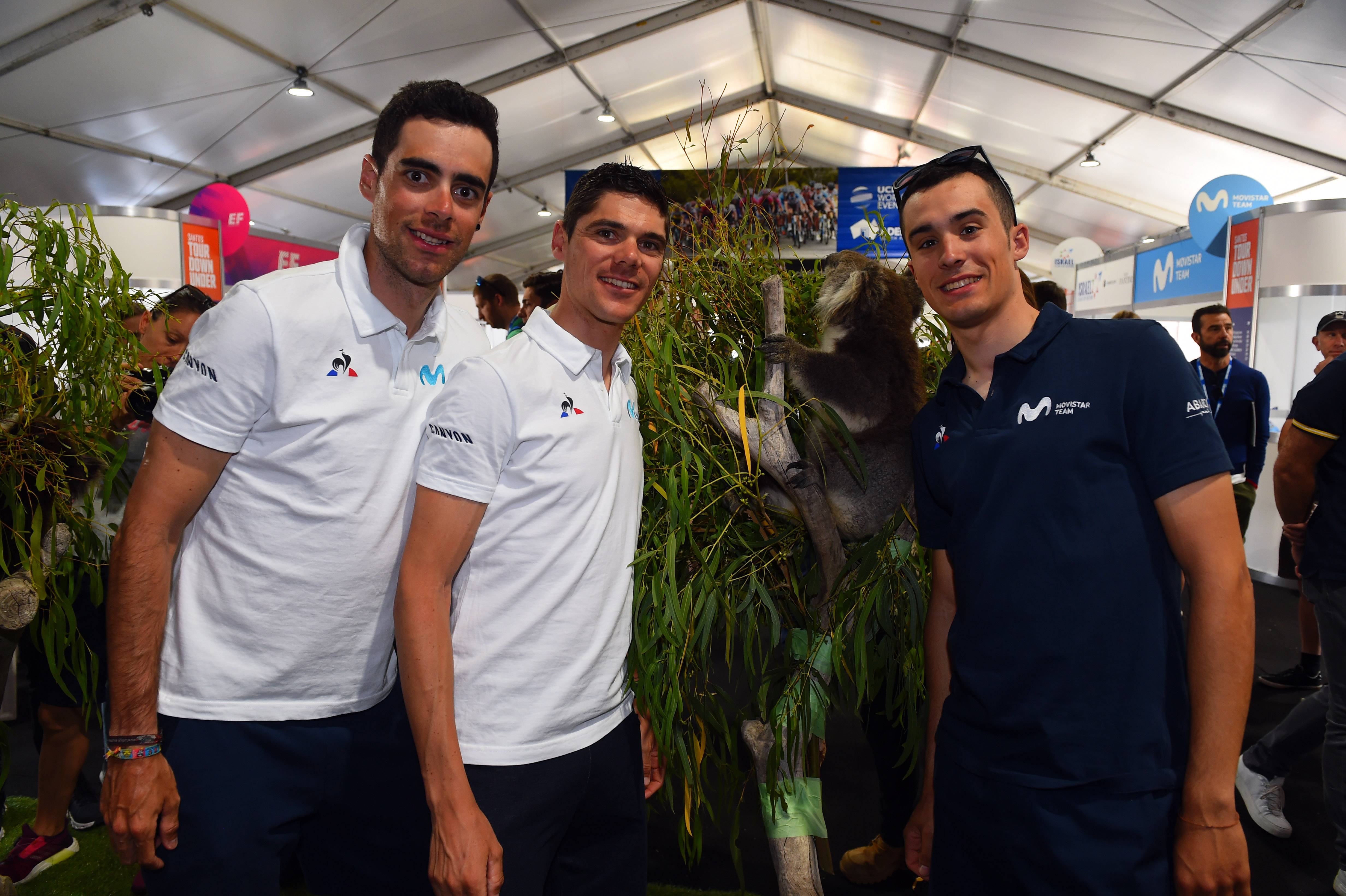 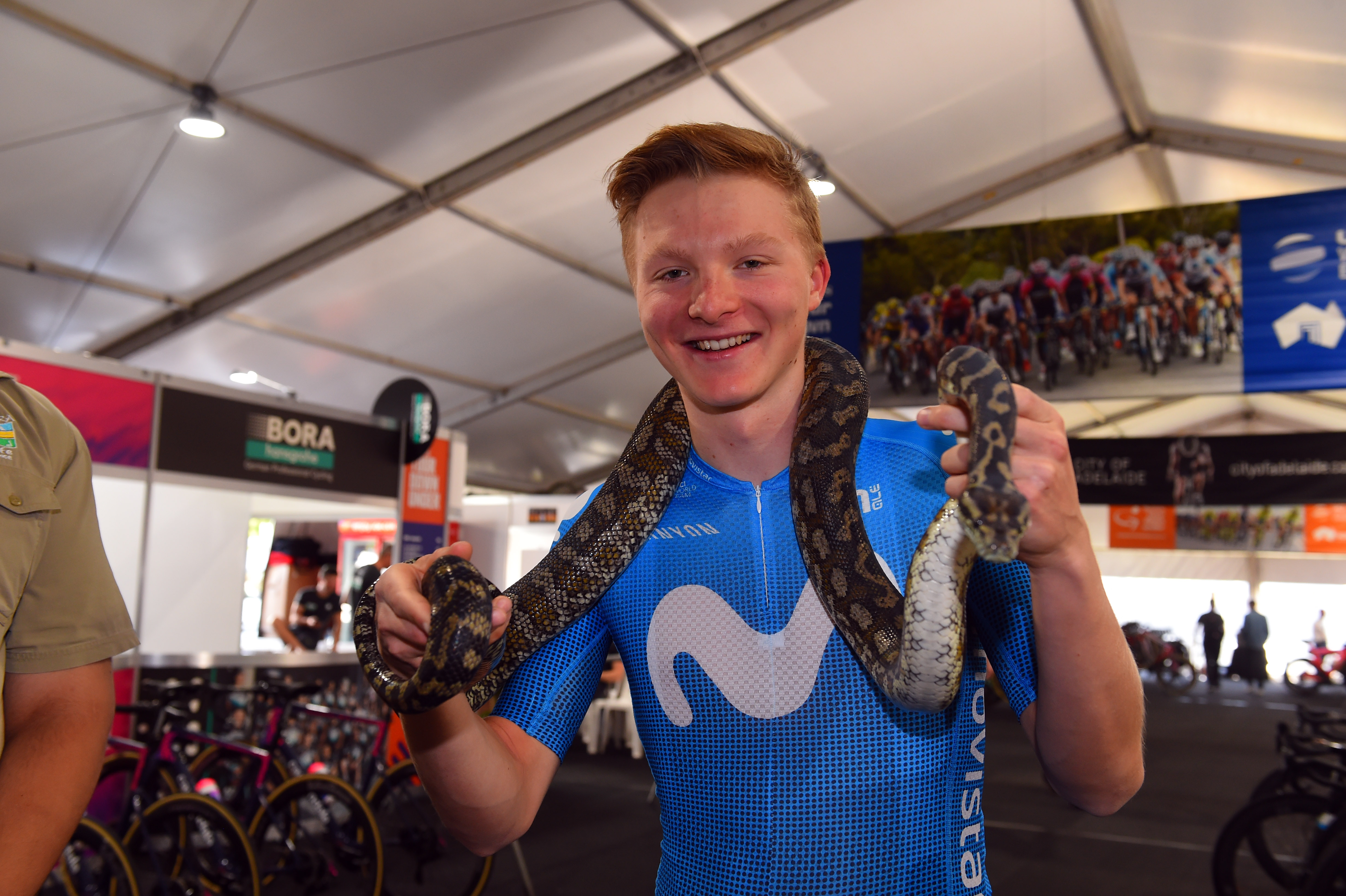 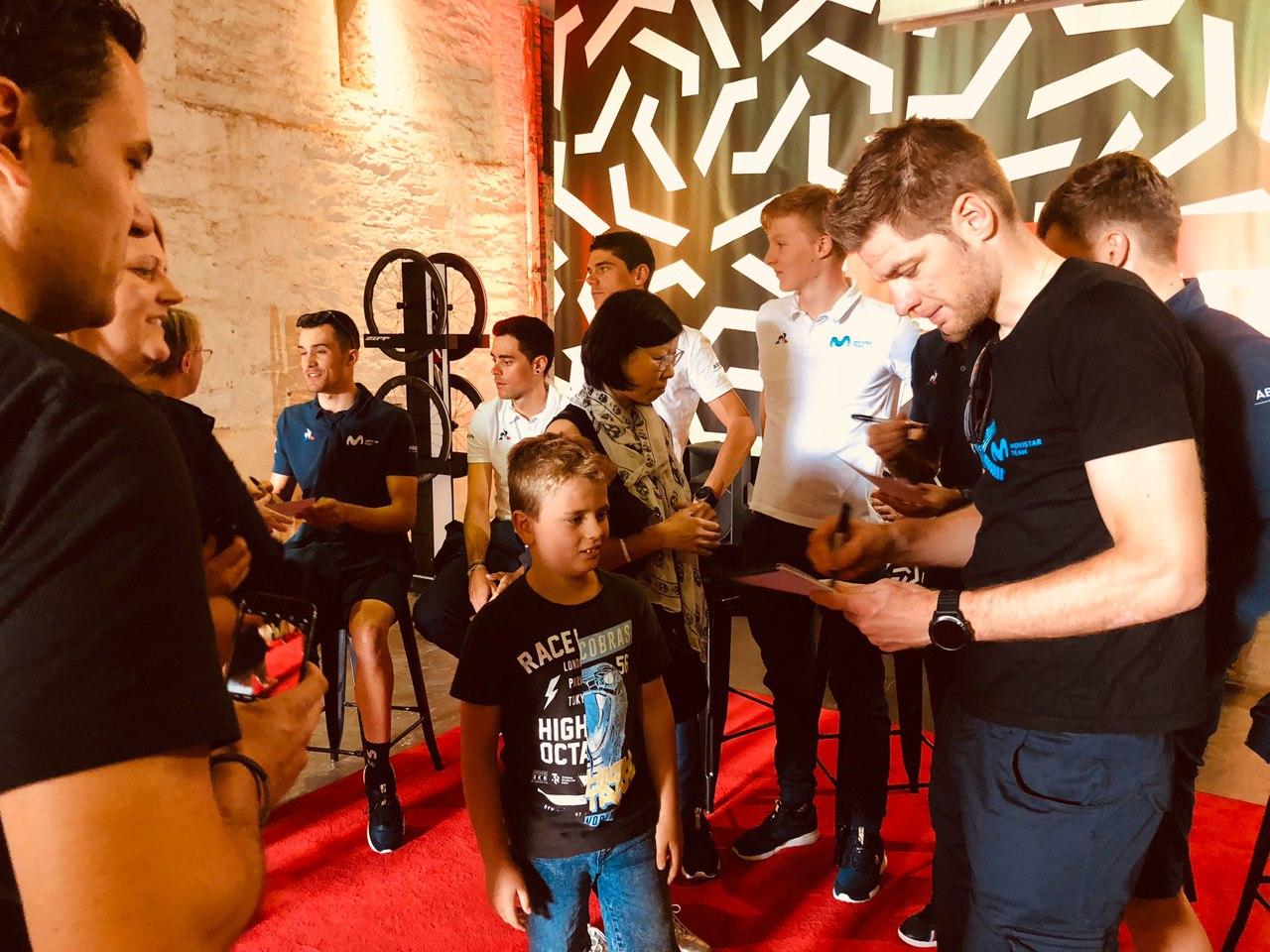 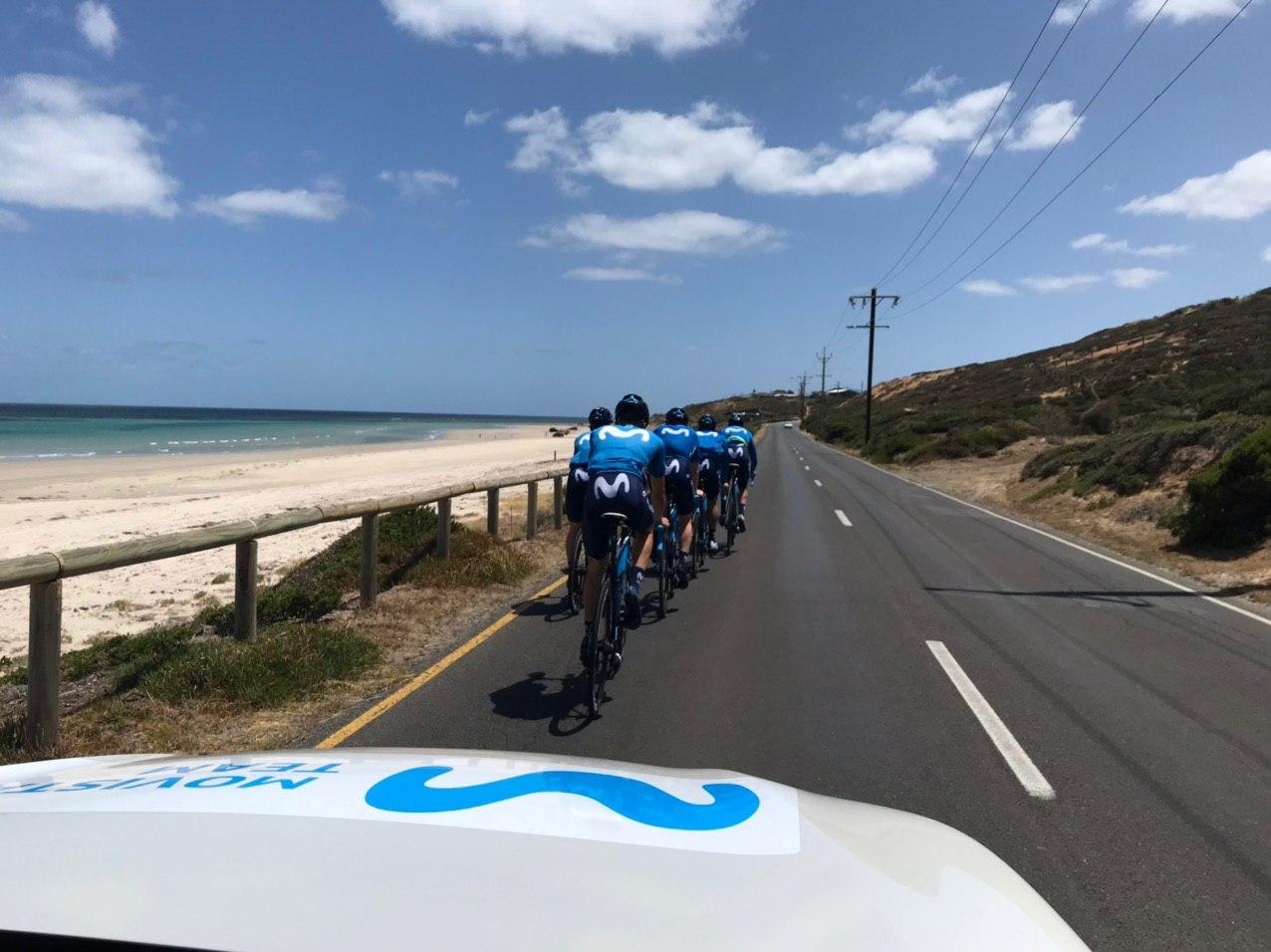 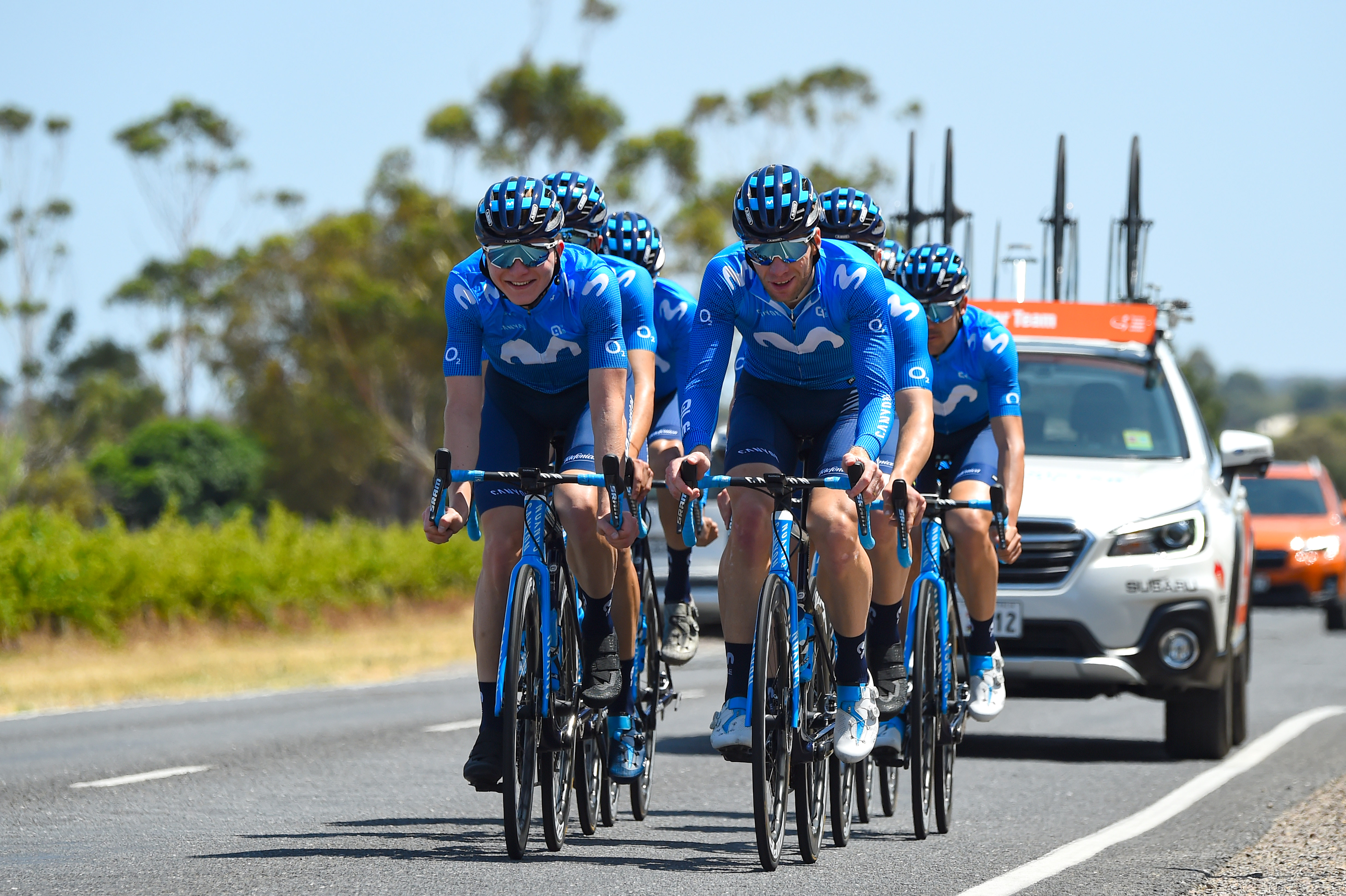 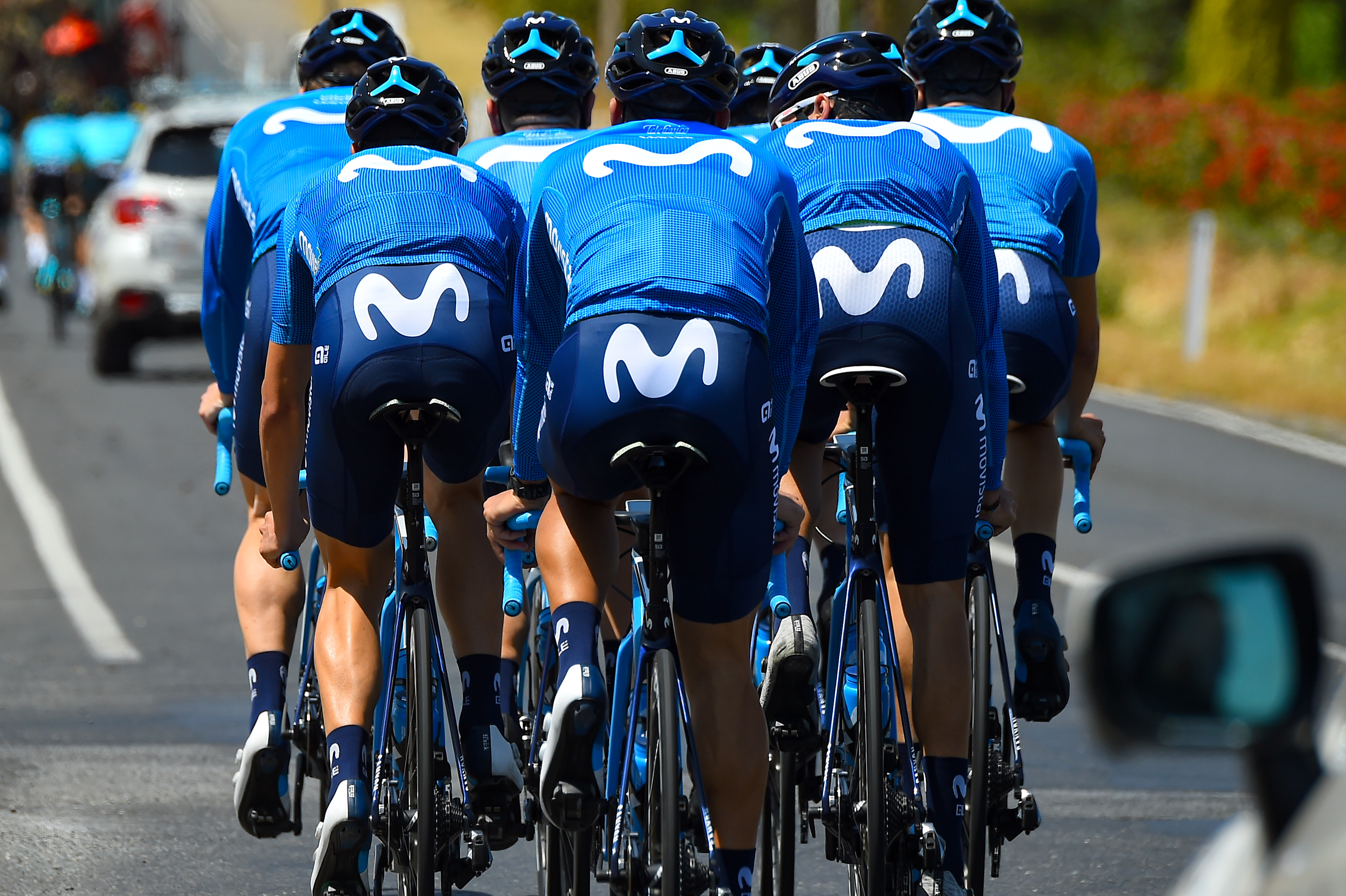 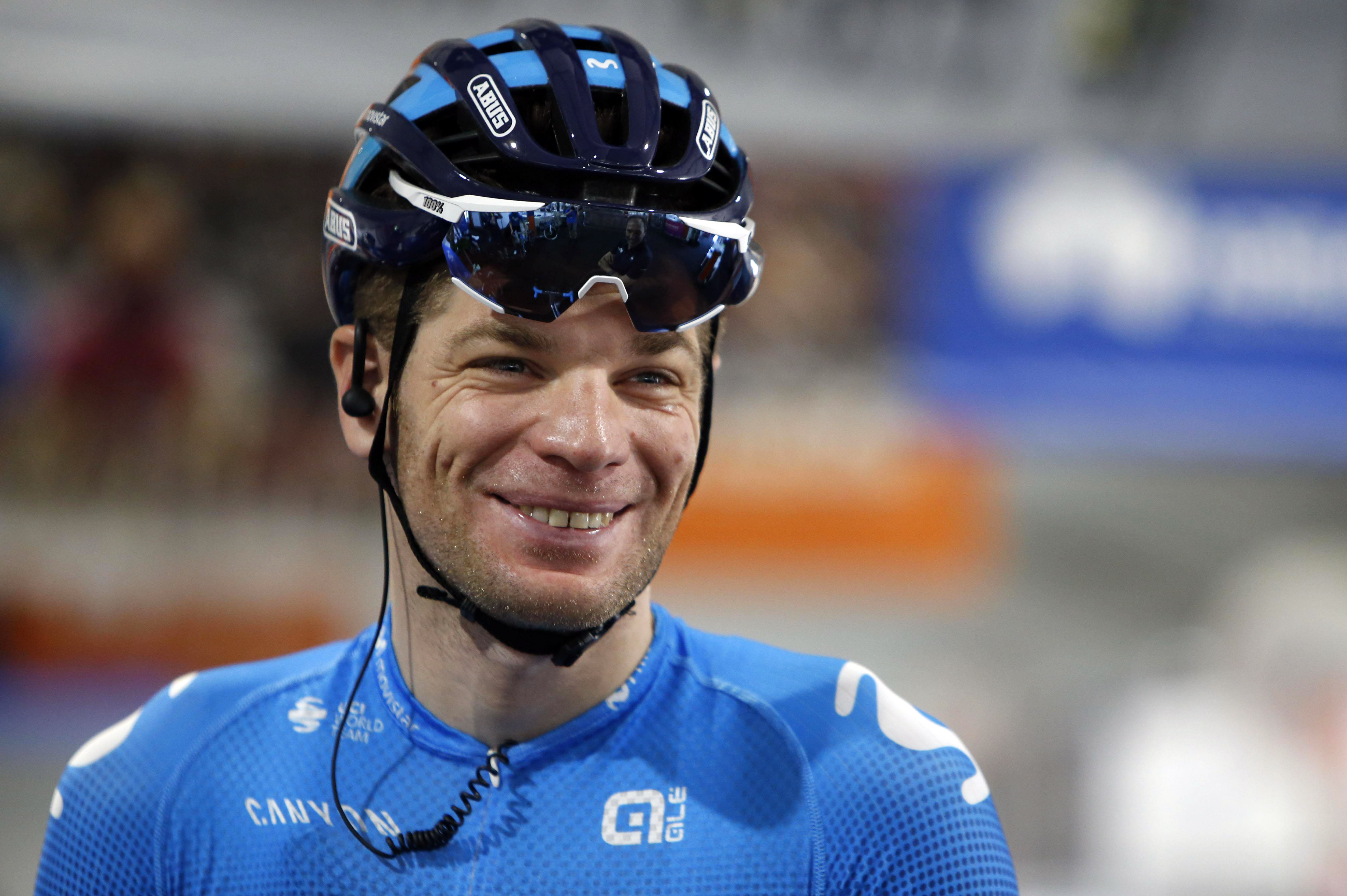 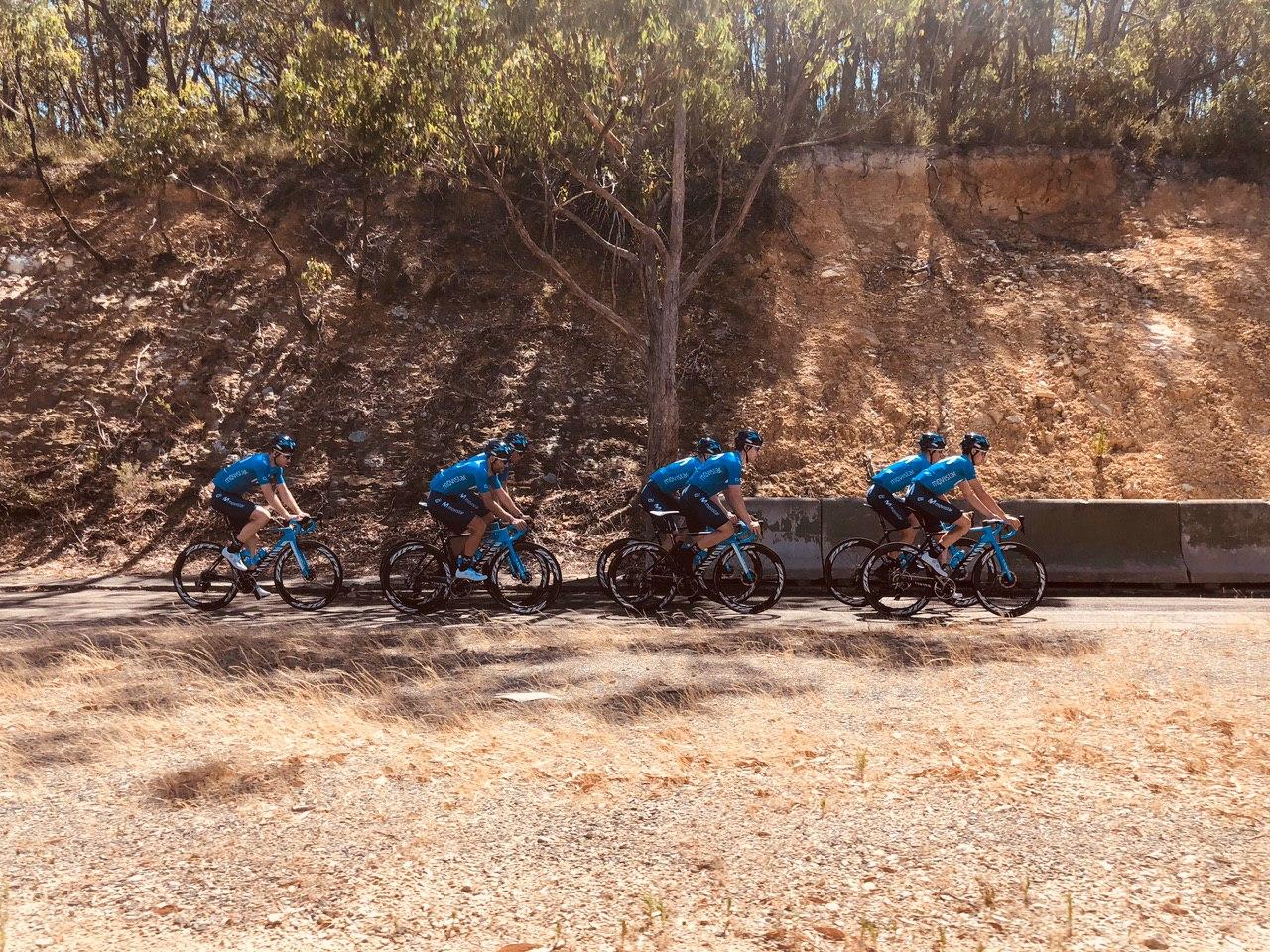 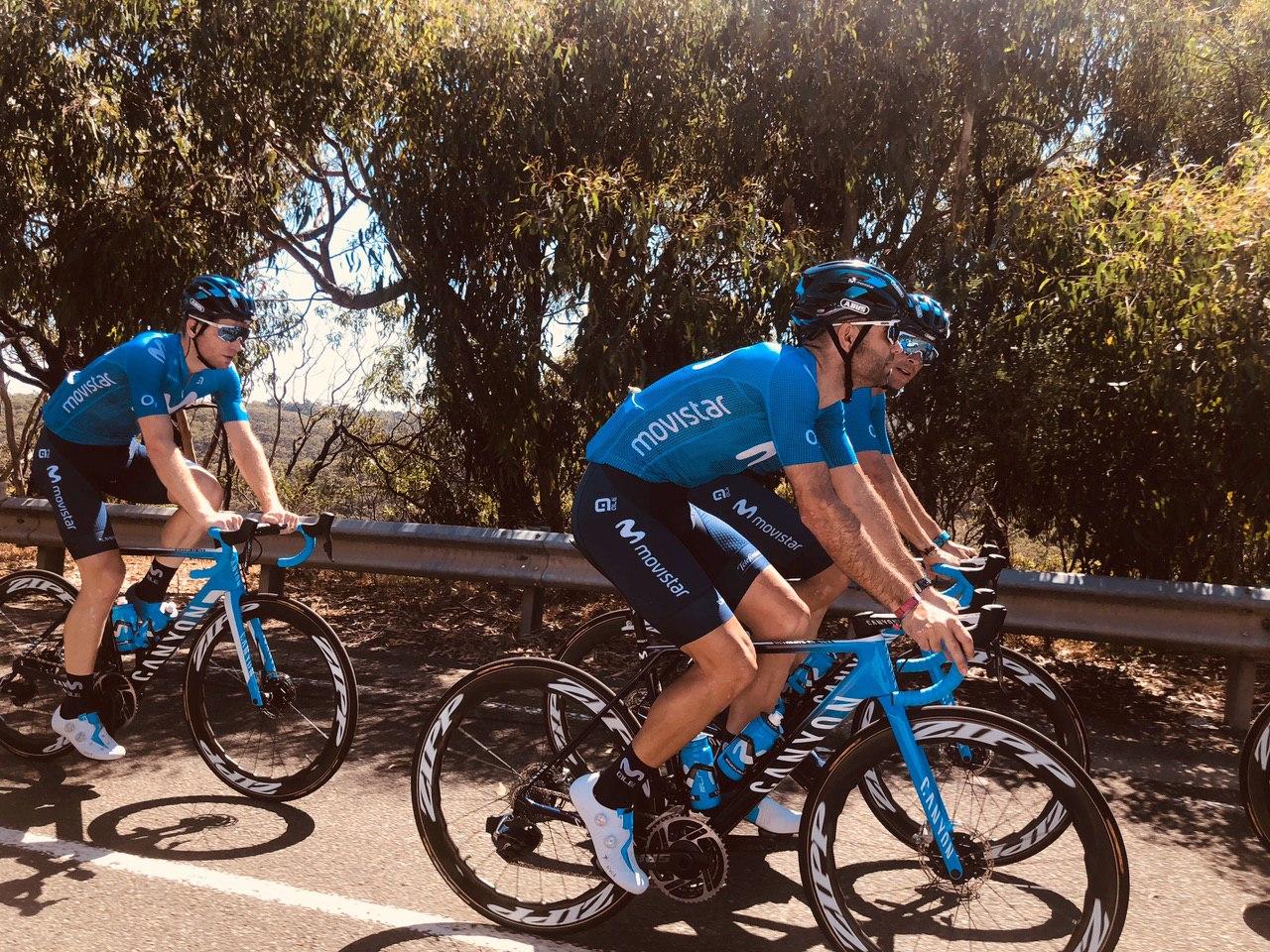 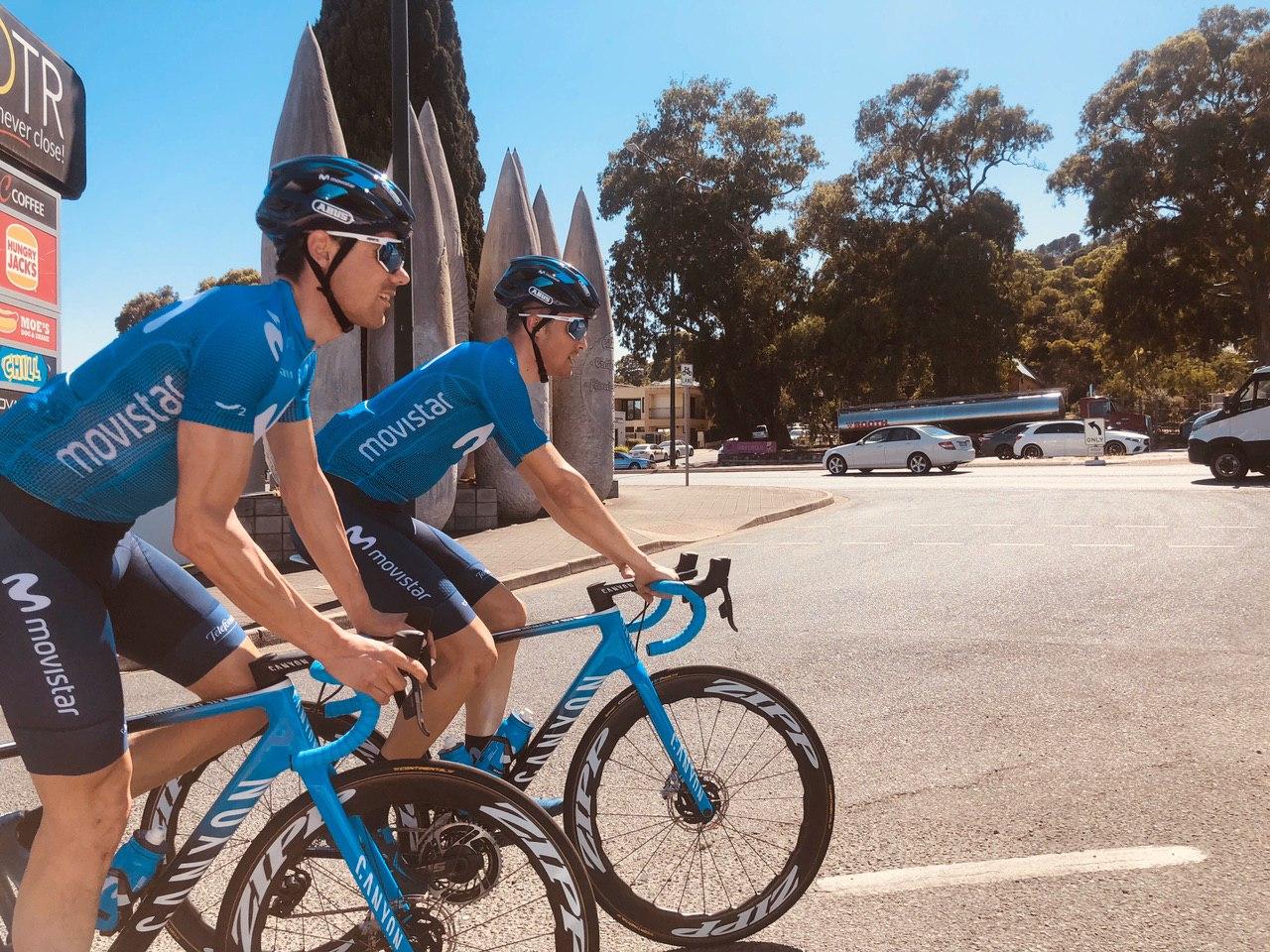 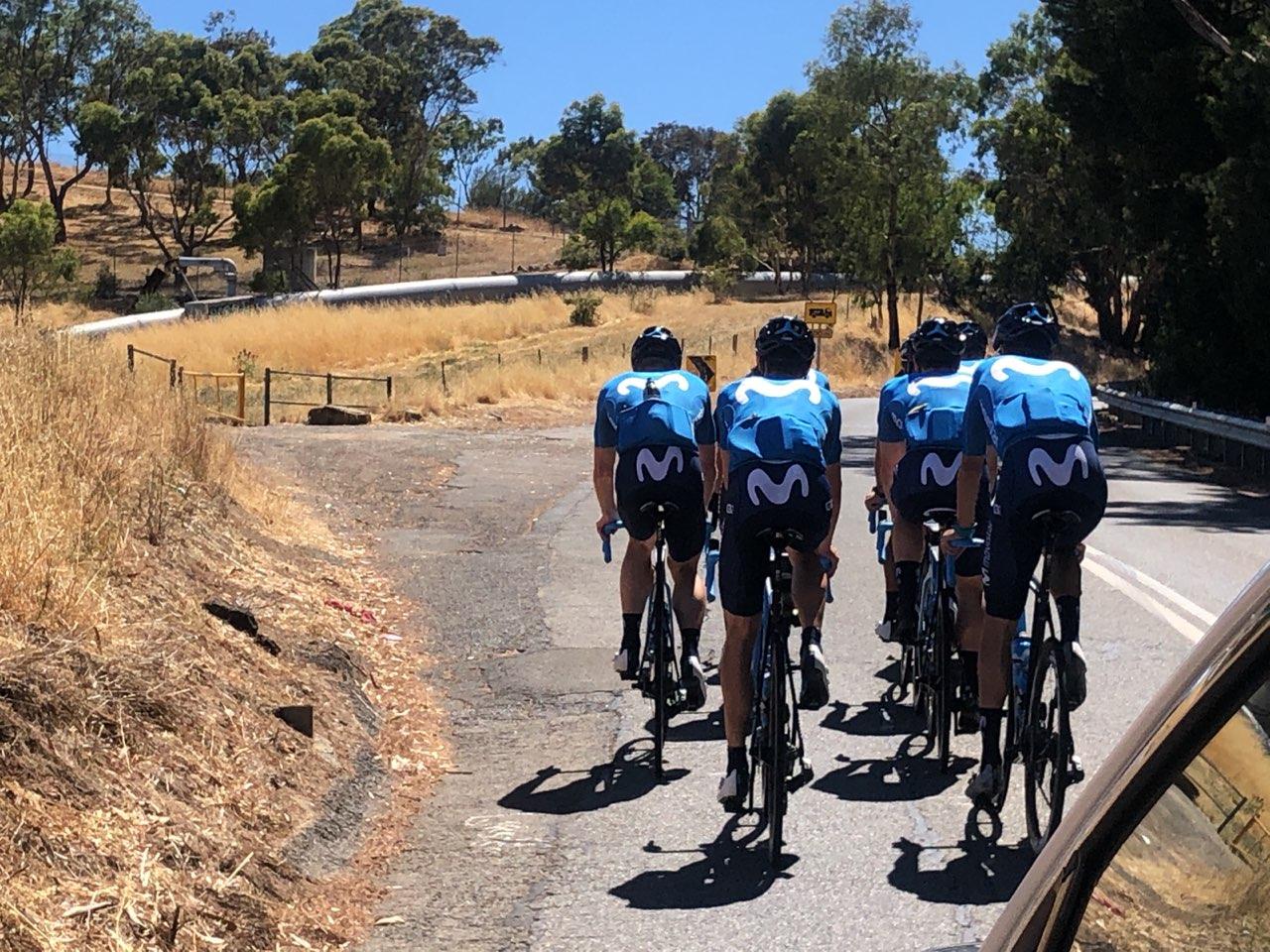 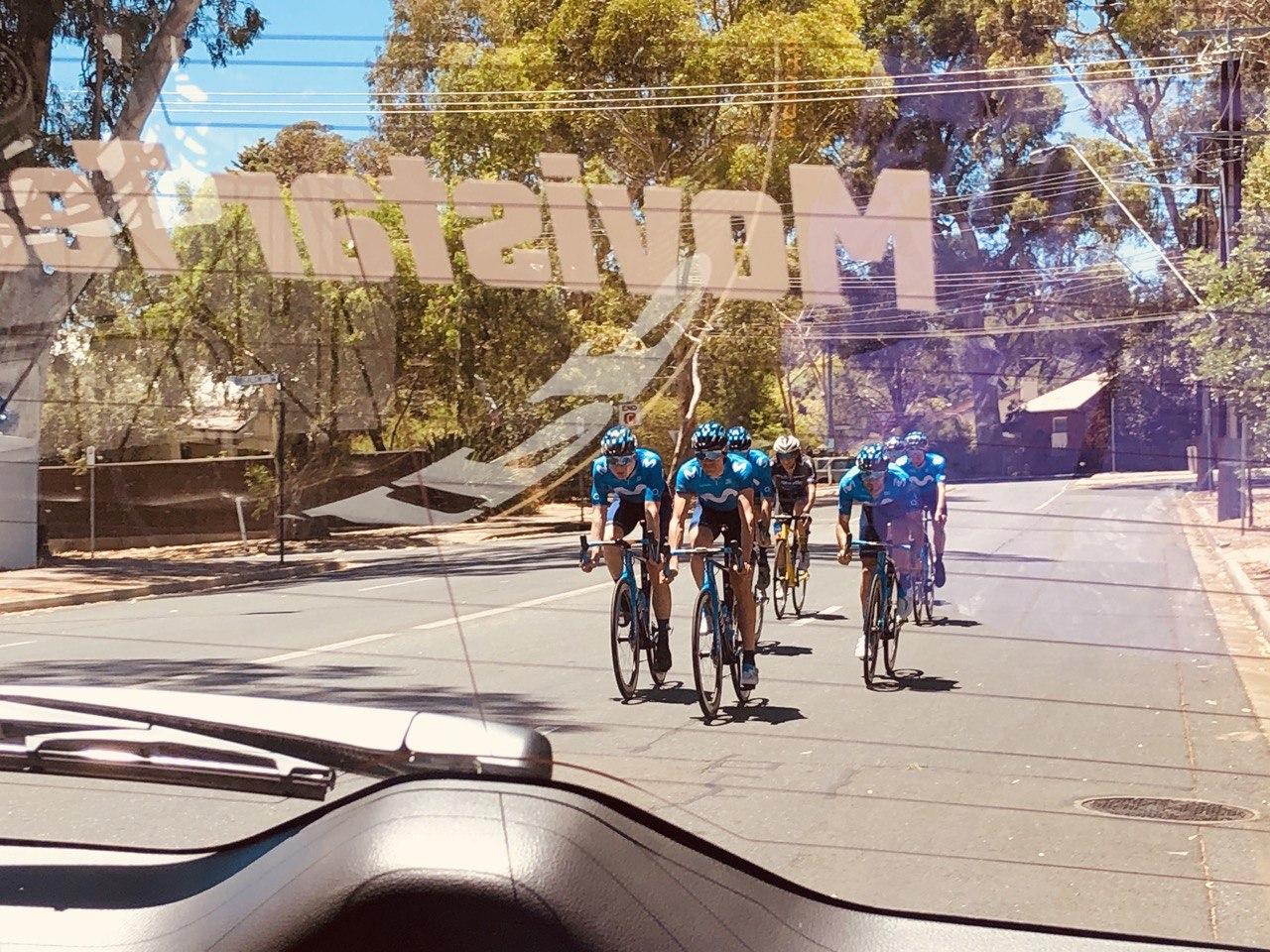 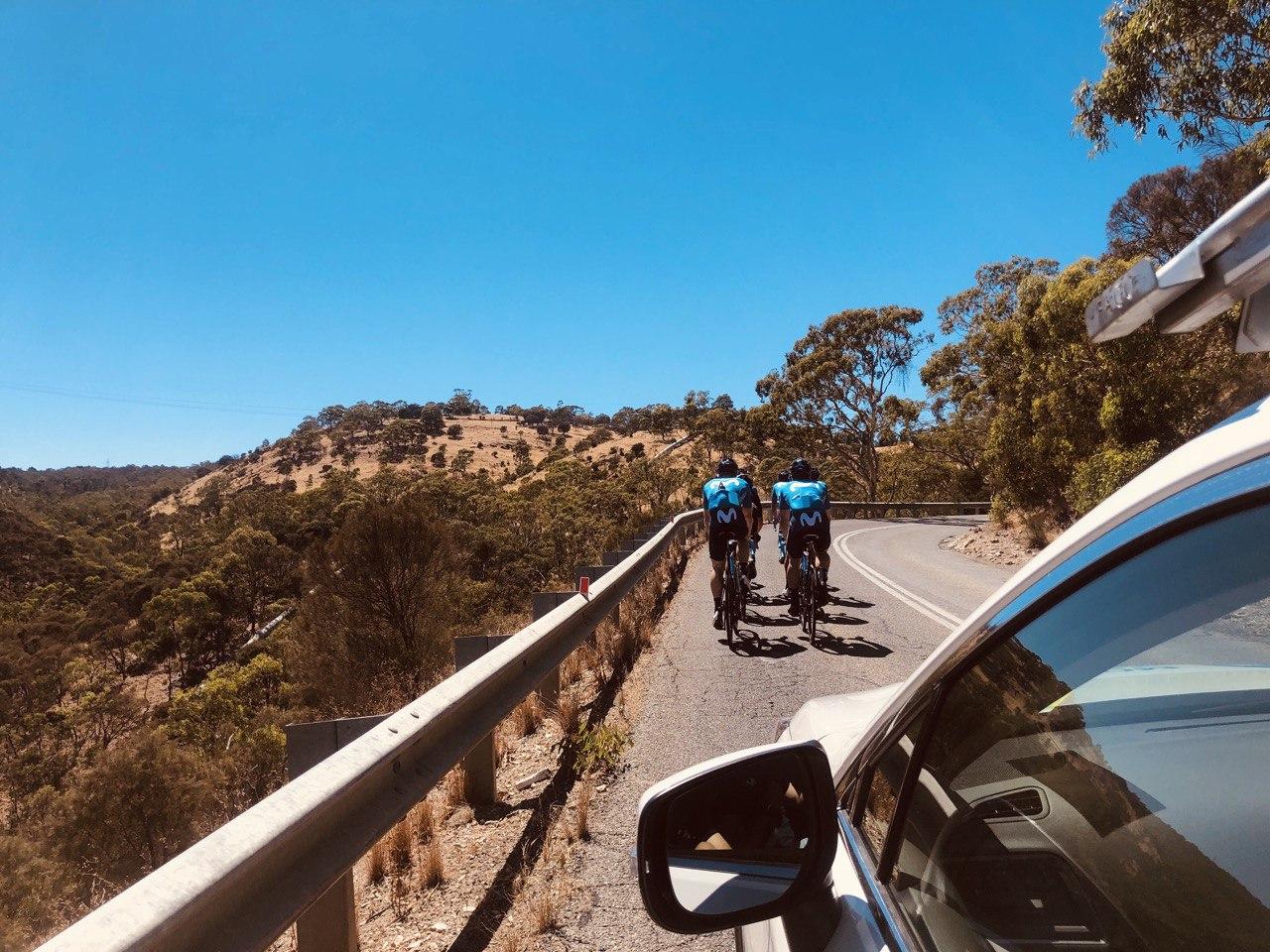