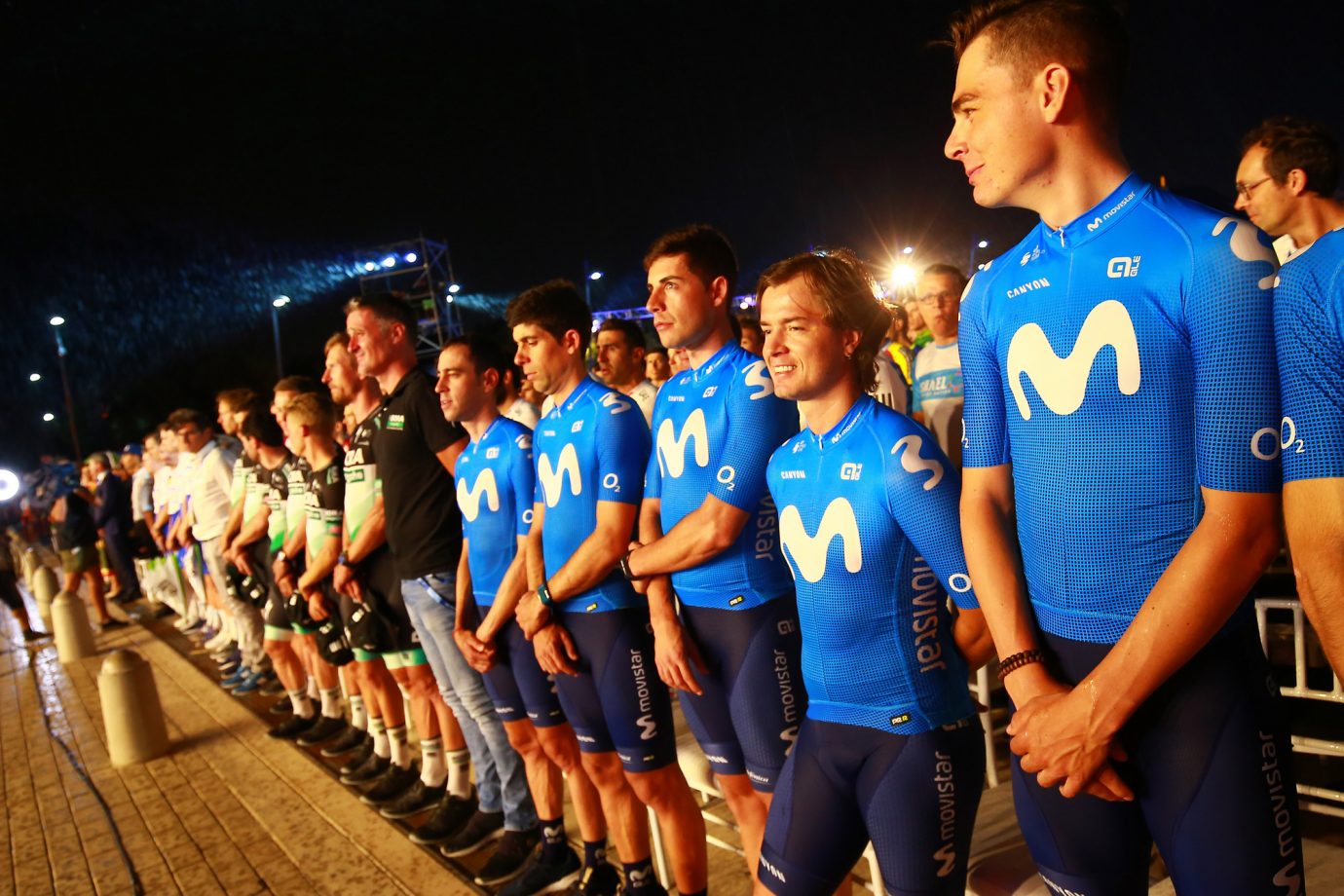 A light rain which ended up becoming a storm late during the teams’ presentation of the 2020 Vuelta a San Juan, held at the capital’s Teatro del Bicentenario, saw the Movistar Team being introduced to the Argentinian fans for their third consecutive year in the event, alongisde 26 other teams making part of the race’s 38th edition.

Carlos Betancur -who will wear the #1 backnumber in this race-, Sebastián Mora, Iñigo Elosegui, Johan Jacobs and Nelson Oliveira joined Eduardo Sepúlveda at the event, the local hero having previously taken part on Friday at the top riders’ press conference, the other main pre-race event.

Two flat stages, yet always dangerous due to the wind and certain to be hit by high temperatures, await the Movistar Team early in the race at San Juan (Sunday 26th) and Pocito (Monday 27th), prior to the crucial Punta Negra ITT on Tuesday 28th. More information about the Vuelta a San Juan is available at our Race Guide.