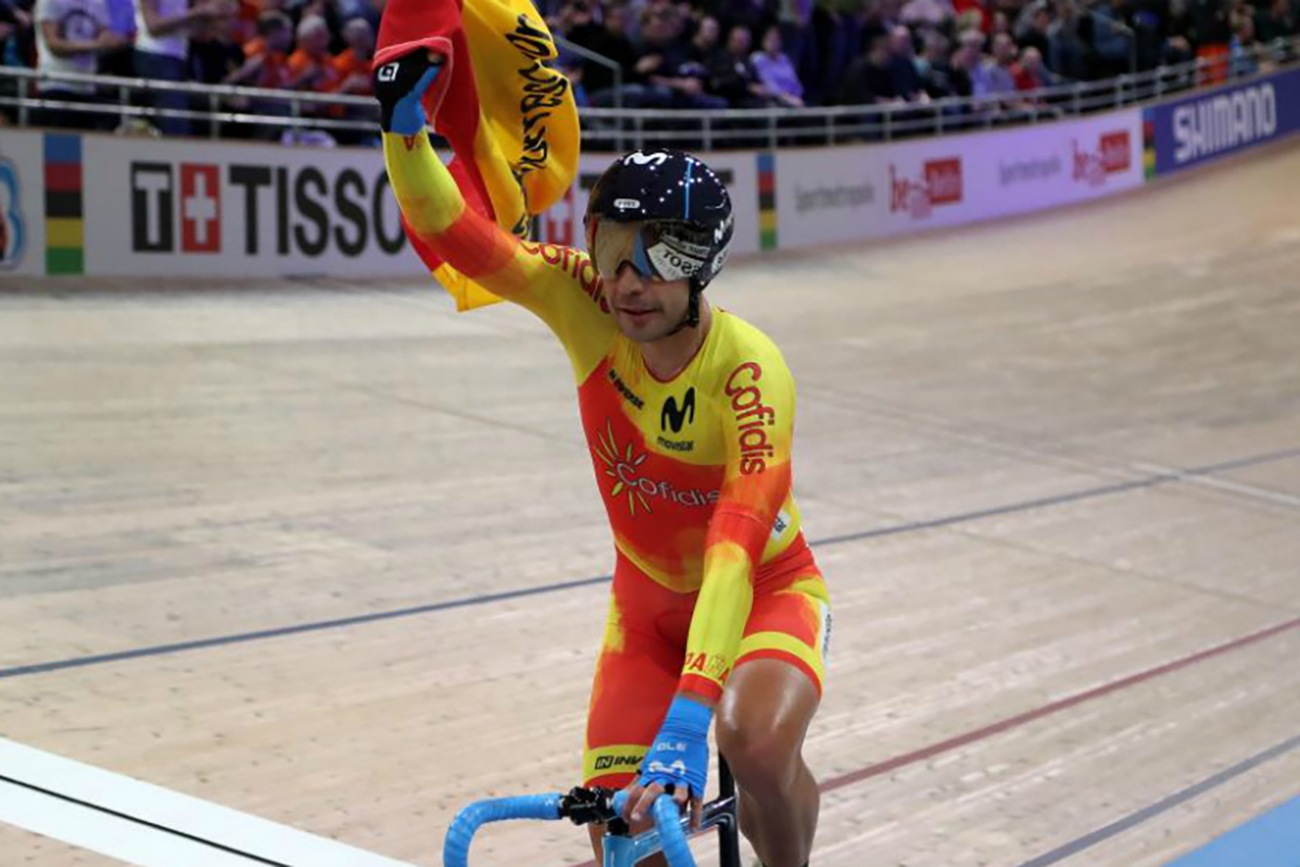 Tenacity pays off for Spaniard from Movistar Team as he claims second medal in two races in Berlin, a decisive lap won with in the eleventh hour to finish only behind Corbin Strong (NZL)

Sebastián Mora’s (Movistar Team) stubornness and huge talent were rewarded again on Friday with a medal, the second of the week, for the Spanish national squad at the UCI Track World Championships held over the week in Berlín (Alemania). The Castellón native retained his vice world title in the Points Race after a breathtaking finish, where he made up an early disadvantage with a crucial lap won over the field to take silver, only behind New Zealand’s Corbin Strong.

Despite numerous attempts into the first half of the race and a longer-lasting move, also unfruitful, with about fifty laps remaining alongside Ignacio Sarabia (MEX), Mora -who had won three sprints and was riding in 5th place, about ten points off bronze medal position- couldn’t avoid vigilance from his rivals until the final ten laps. A well-timed move with Strong and Victor Manakov (RUS) was finally successful, taking him to the tail of the bunch with just 500 meters from the end of the race.

Mora repeats his silver medal result from 2019 in Pruszków (POL) and increases his medal tally in the World Championships to six, before a Madison race (Sunday, 3pm) where the Spaniard hopes to race with his friend Albert Torres. The Menorca ace remained in Abu Dhabi on Friday night after procedures leading to the cancellation of the UAE Tour kept him into the team hotel.