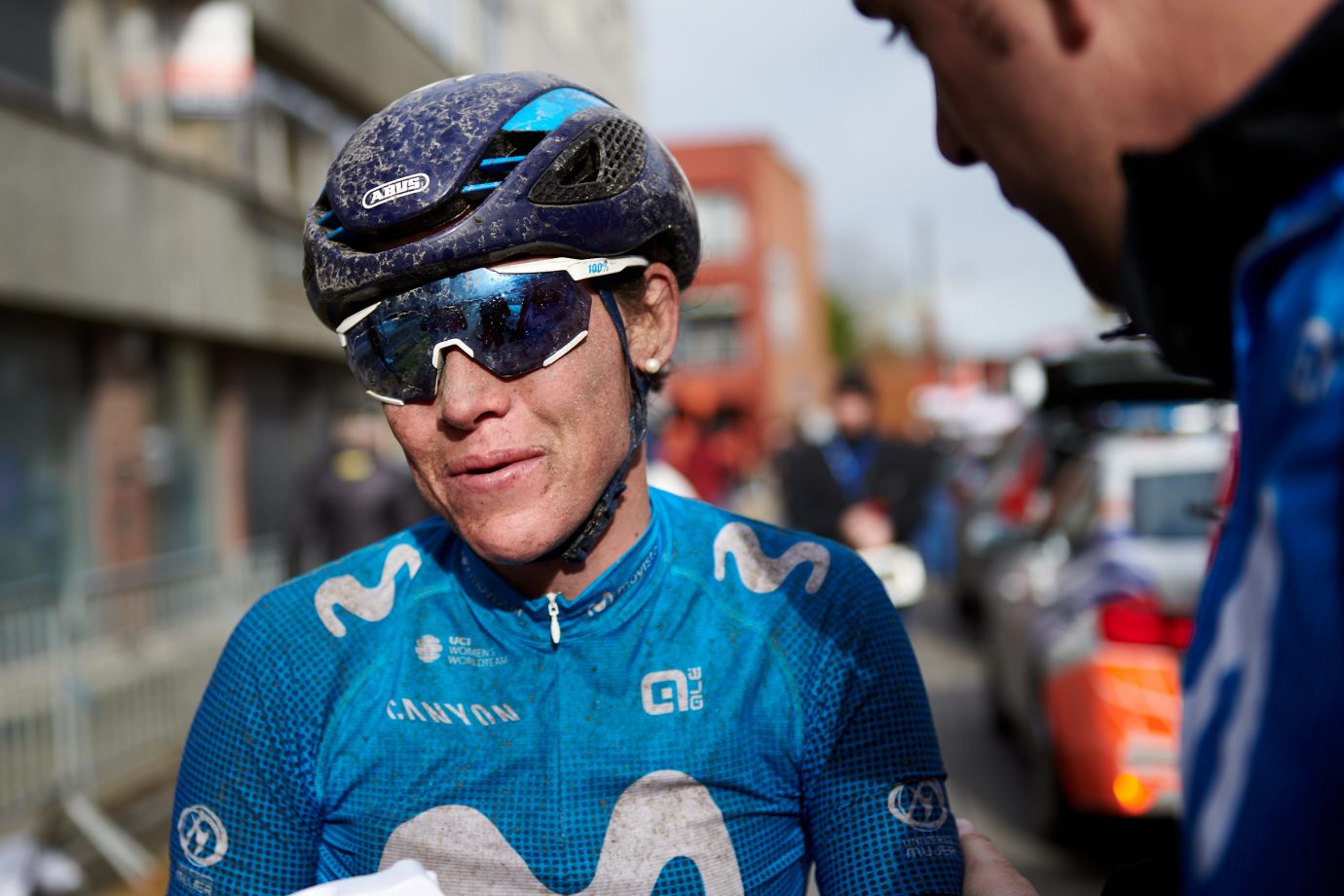 It was the women’s Movistar Team third race outside Spain in 2020, and it was again a very nice performance from the ladies conducted by Jorge Sanz at Le Samyn des Dames (UCI 1.2). The 94km course from Quaregnon to Dour in Wallonia, featuring more than a dozen cobblestone sectors quite similar to those at the other side of the border, saw the Blues snatching two more top-ten results in their early spring campaign.

The second echelon was then reduced to five riders, with Biannic brilliantly sustaining the pace -and even trying some attacks- against a talented opposition, with Kopecky, Majerus, Jip Van den Bos (DLT) and Ellen Van Dijk (TFS). After the five, at the main bunch’s sprint, Alba Teruel took 10th place, while Erić -now the leader of the Lotto Cycling Cup- finished in 11th. This way, the Movistar Team has already ammassed four top-ten results in three races abroad in 2020.