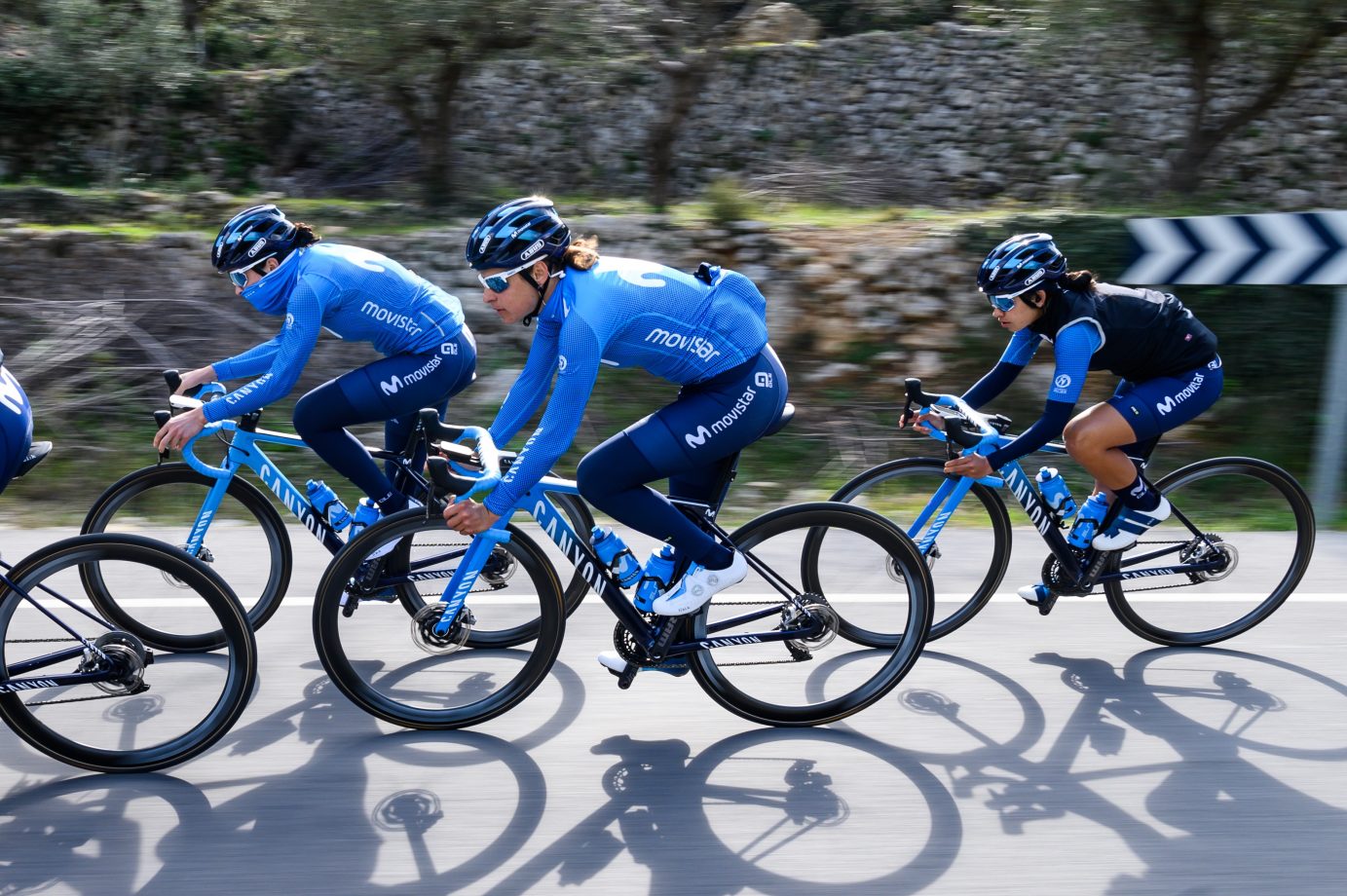 Cycling gets back on track

Nine of the Blues’ ladies get together in Pamplona on Sunday 19th, just before the start to their ‘new’ season in the Navarra Classics, while eleven men’s team members continue their preparations in the Pyrenees.

Few days before kicking off their ‘new’ season with the women’s Navarra Classics (Thursday 23rd / Friday 24th), after nearly five months away due to the worst of the still-ongoing health crisis, the Movistar Team is gathering a portion of both its men’s and women’s programs with two training camps in Pamplona and the Pyrenees.

Right next to the headquarters of the Telefónica-backed squad, and before the first three races on home soil –Durango will complete the ‘opening weekend’ for the Blues on July 26th-, a nine-woman contingent from the Sebastián Unzué / Jorge Sanz-led squad will get together to finetune details before a packed summer calendar. Barbara Guarischi, Katrine Aalerud, Jelena Erić, Alicia González, Eider Merino, Alba Teruel, Sheyla Gutiérrez, Lourdes Oyarbide and Paula Patiño are the riders called up for the training camp.

An altitude camp to improve their form right before the big races loom, all into a tight, 100-day schedule.