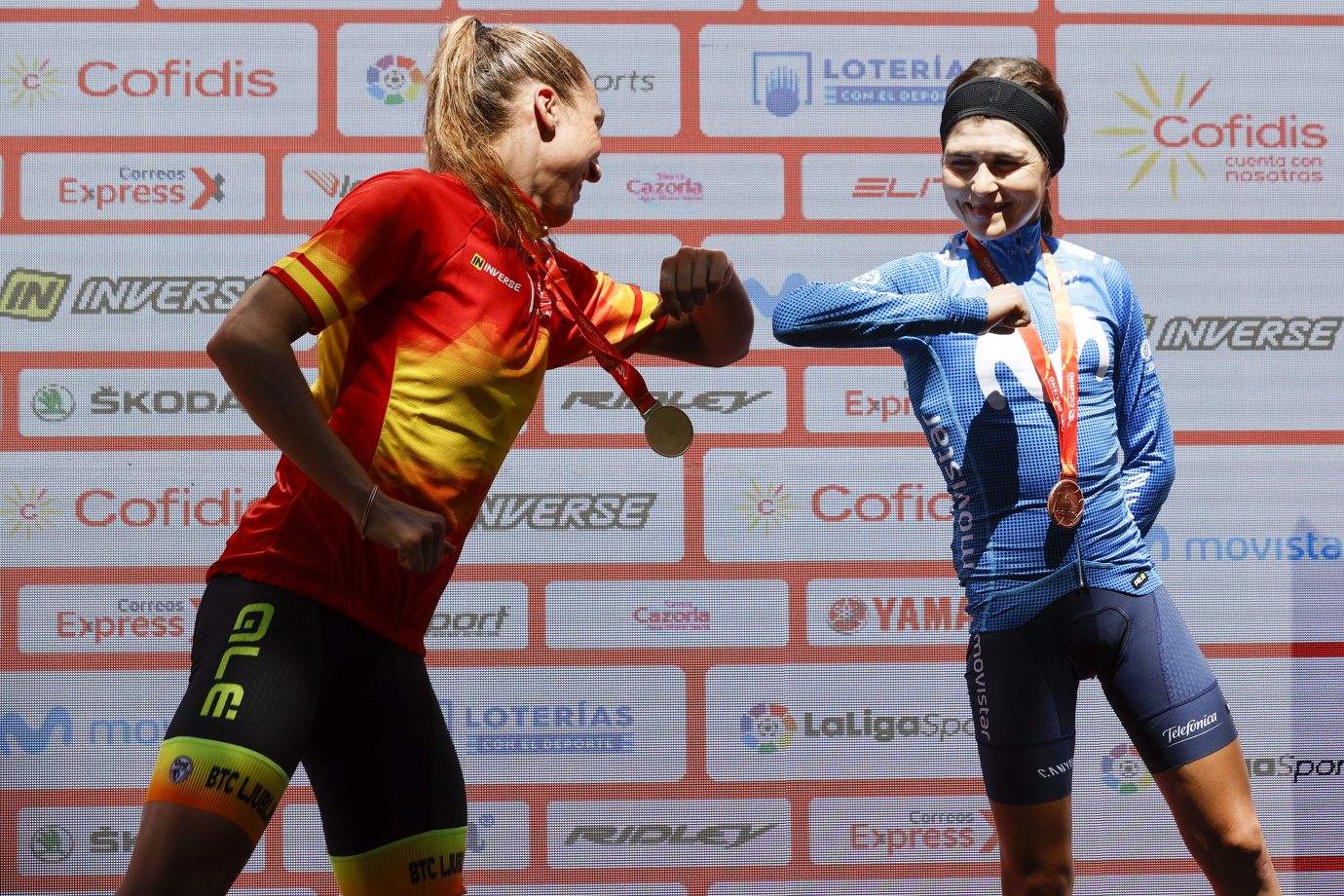 A grueling 104km course in Úbeda and Baeza, with four laps and 500m elevation gain at each loop, awaited the riders into a Spanish road race Championship which again honoured its recent tradition of offering tough routes for climbers. An alleviating factor for 2020, though, was that the race was held in the early morning in late August, and not in an afternoon of late June.

The sun still shone, as in previous editions, with mild temperatures for the area, from 20 to 30ºC in Baeza and calm winds. A great choice by the organisers to change the schedule for the Nationals’ women’s road race, which made for better weather for cycling.

Eider Merino: “This medal is sort of a ‘mini-prize’ for the whole team. Things didn’t go well for us, and it’s a way to pay them back after the efforts by the whole squad, not only myself. The day started on the back foot for me, I couldn’t find the pace and lost contact with the leaders in the early splits. But thanks to Gloria’s support, who told me not to lose focus, to stay into the race, that it was so long before the finish – I was able to turn the tables. Lap by lap I saw I really wasn’t having the best legs, but we continued to give it a try as a team. First with Alicia, who found better condition than me even if he bonked near the end; then with Sheyla and Gloria, pushing into the descents – and in the end, with that final chance for myself I tried to make the most of for the bronze. Mavi and Ane were many steps ahead today, we can’t do anything but congratulate them on a great show.”

The Spanish portion of the Movistar Team will travel this weekend to Brittany, France, to contest the European road race championships on Thursday 27th. Before that, on Tuesday 25th, the GP Plouay will see the Blues back into the WWT, with another French round of the world’s top tier held on Saturday 29th: La Course, in Nice.