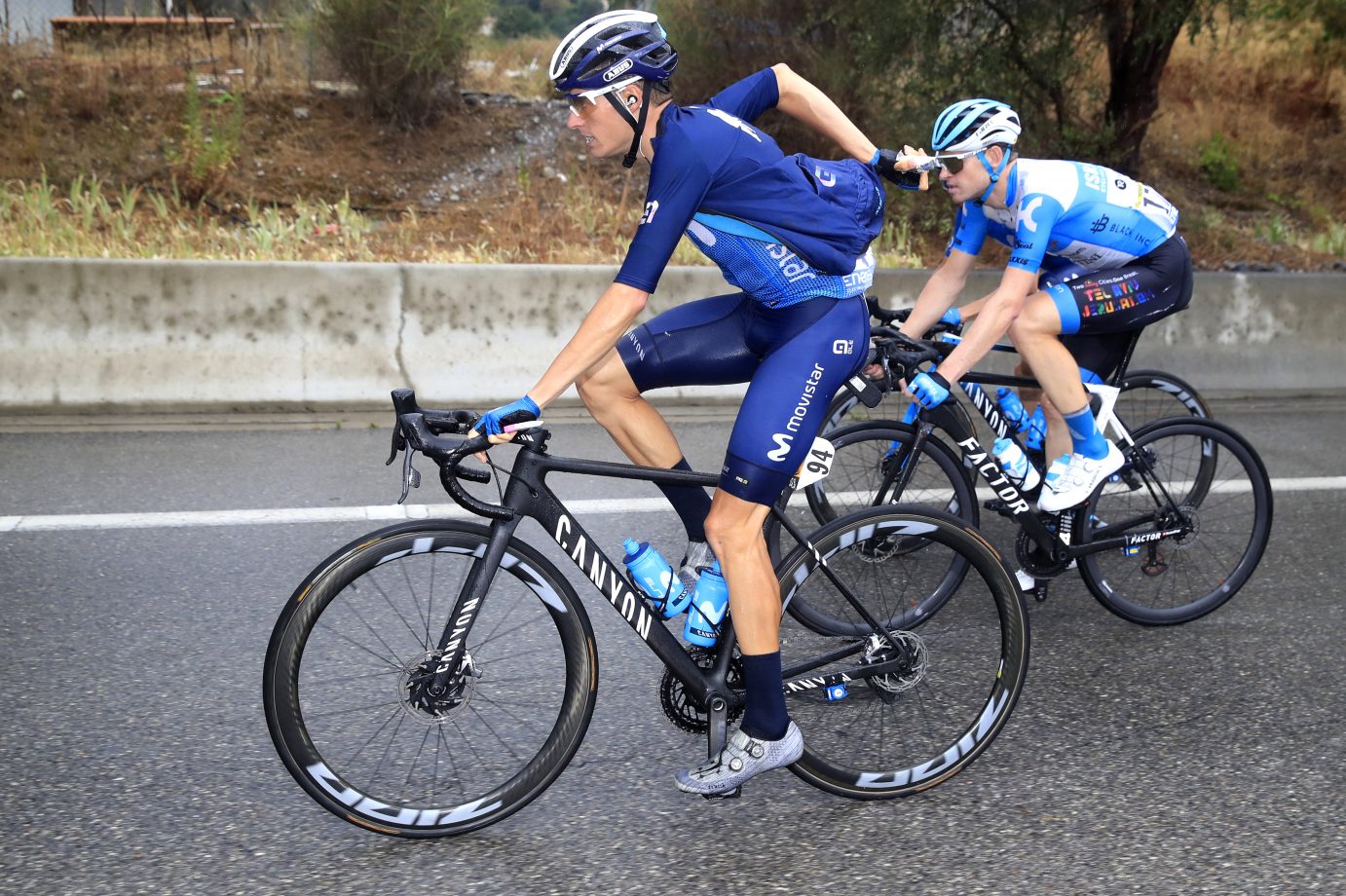 The route was basically the same as the one used by the women’s La Course, over three laps and 156km that included two climbs of the Côte de Riniez (Cat-3), plus another one in the neutralized section, and the gentle ascent to Levens -non-categorized- with about 40km from Nice’s finish. A sprinter-suiting scenario in the first day of contest for the yellow jersey.

It was as uncertain as in the ‘morning sector’, with about 25ºC, coastal winds from the southeast and, above all, storm threat for the entire afternoon, especially in the early stages.

Imanol Erviti: “What a start! It doesn’t usually rain in this area, but when it does, you can see the effects it brings. The crosswalk with 3km was a problem – as the peloton went past before the final lap, some rider lost control of his bike, and then at the end, the peloton crashed again. Other than Enric and Alejandro, we all went down, just like myself. I was trying to bridge back when the peloton decided to stop, so I can’t describe the actual situation, but I feel like going easier there was the most sensible thing; the ‘track’ was in really bad condition.”

Carlos Verona: “What an unlucky day! We hadn’t suffered any rain at races during the summer and we suffered these first storms right at the start of the most nervous event of the year. The roads were really dangerous with this rain, to be honest – you could even see riders falling at that final descent, when we were riding so calmly. I think the peloton acted with common sense when they decided to ease up into the final sections. The organisers also decided to take the GC times with 3km to go, because it was so dangerous. It wasn’t the start we planned or would have hoped to have, but at least we could all make it to the finish. We hope Rojas and Marc, those with most abrasions with the final crashes, can recover well, that’s the most important thing now. I had never seen a peloton so serious about each other’s safety as I did today – it might be down to the accidents we’ve experienced lately. Chapeau to the people in the bunch, because the roads were just impossible today.”

Sunday’s stage two of the Tour de France will be one to keep an eye on for the overall contenders. Another loop around Nice (186km), this time through the so-called Haut Pays, with three categorized ascents –La Colmiane (Cat-1), Turini (Cat-1) and the Col d’Èze (Cat-2)- plus the ‘Bonus Sprint’ atop the Col des Quatre Chemins, just 9km from the end. A stage not to be missed – and hopefully a sunnier one.