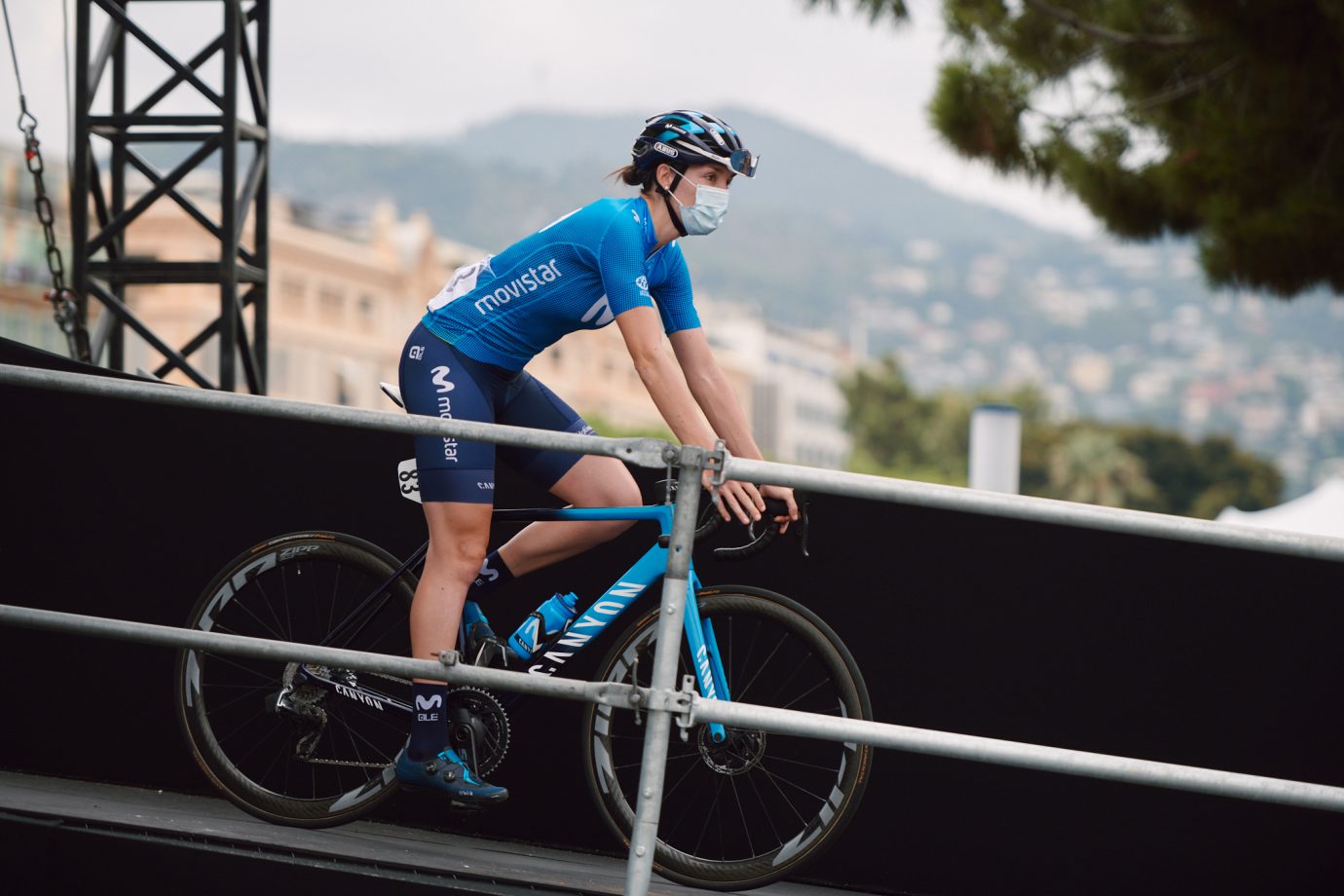 A shorter route than usually seen in the big classics of the UCI Women’s WorldTour, Saturday’s seventh edition of La Course presented a 96km parcours over two laps of a circuit around the Côte de Rimiez (nearly 6km at 5%). Despite that climb being combined with some short, difficult slopes towards Aspremont right afterwards, the 30km descent and subsequent flat from the top made it ideal for the sprinters and their teams – or so it seemed!

Not-so-warm temperatures in this late summer race, the peloton going around Nice with 23ºC and some mild winds from the northeast. The clouds did, though, drop some rain in the Aspremont area, more importantly over its descent, during the first of two laps.

The women’s Movistar Team will be back into racing, again in France, with one of the most demanding races of the whole season: the Tour de l’Ardèche (UCI 2.1; Thursday 3rd – Wednesday 9th September). Those Blues not racing there will be lining up, starting on Friday 11th, at the Giro Rosa, the WorldTour peloton’s longest stagerace.