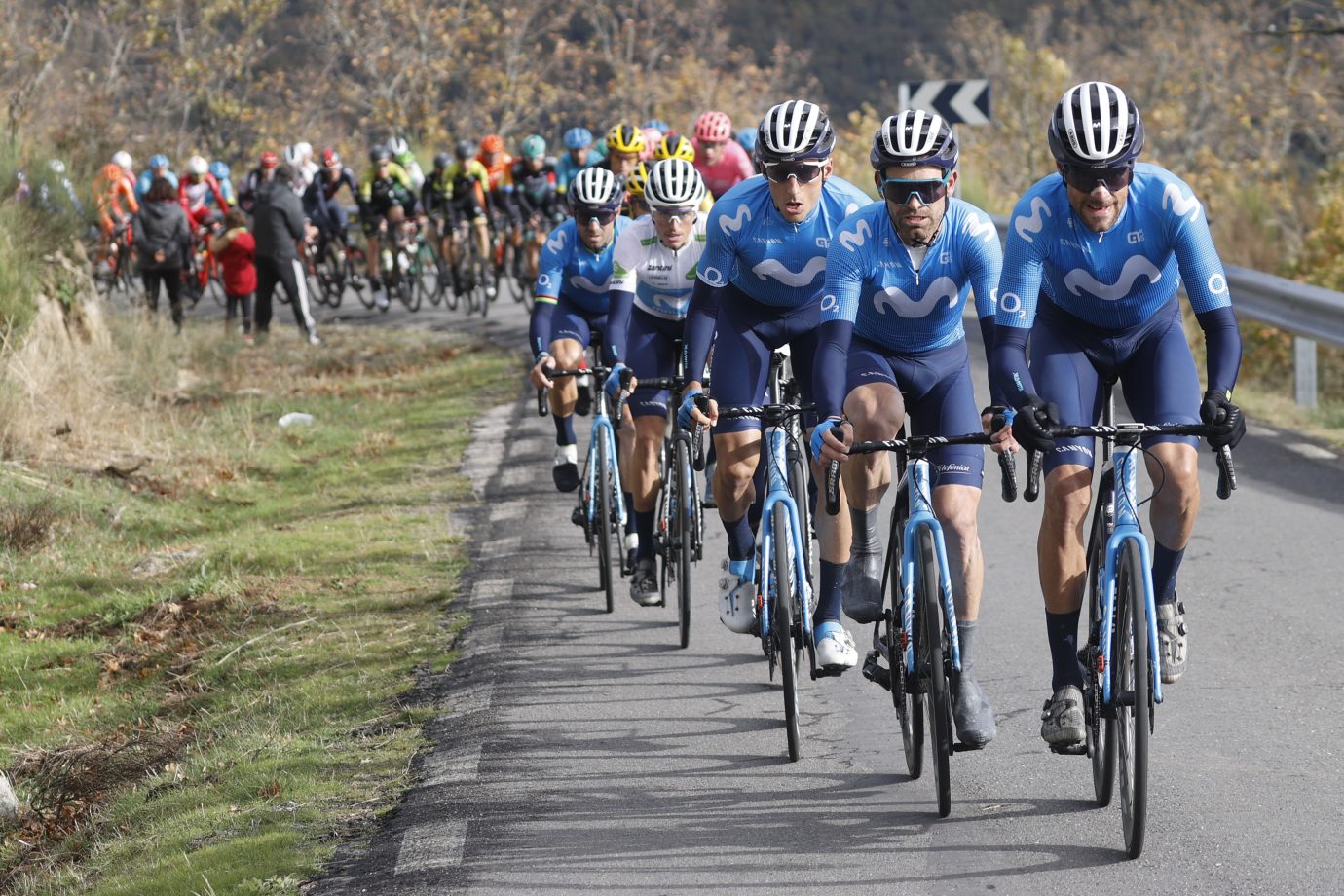 Telefónica-backed squad joins early break towards La Covatilla with Arcas, Erviti and Oliveira; attacks with Soler near the end; and works hard to make up ground overall (Enric to end in 5th). Primoz Roglic (TJV) all but confirms overall victory.

The decisive stage of the 2020 La Vuelta. The Sierra de Béjar would be the venue for the mountain showdown in this year’s race, with six climbs scheduled on Saturday’s stage 17 towards La Covatilla (HC; 11.4km at 7.1%). No rest allowed on a day with no flat sections and two other main climbs: the Portillo de las Batuecas (Cat-1) and the Garganta (Cat-2).

Two completely different scenarios during the stage: rain and fog at the start and the top of the main climbs, with 8-9ºC, and more open skies in the second half of the race, with double figure temperatures. Strong winds from the southwest.

“If you compare how we started the season with how we’re ending it, I think the overview as we close La Vuelta can only be good. The move Marc made at La Garganta was one for the stage, not really for me, because, even if I felt well, I didn’t have those fresh legs I usually bring into the third week of the Grand Tours; I might have felt the efforts from the Tour and this whole season. We feel happy about what we’ve done as a team, winning the team prize and stepping onto the podium in Madrid, even if not to the individual one as I was only able to get 5th place. We also got a stage with Marc, and all the grit and determination we showed over the three weeks – we can only feel happy about that. I always want more, and I’d have liked to be closer to the top and fight for a stage win, but it was a strange season, also a first year for me at this team, my ‘home’ team, and all this experience will surely make us stronger in the future.”

The 2020 season, at least the men’s UCI WorldTour schedule, comes to its end in the streets of Madrid on Sunday. 139km from the Hipódromo de la Zarzuela near the Spanish capital and around the cities that surround it before the final circuit. The seven laps won’t go through the Gran Vía this year, rather than taking two 180º turns at Castellana and Atocha to finish in Cibeles, next to the fountain and the iconic city council.