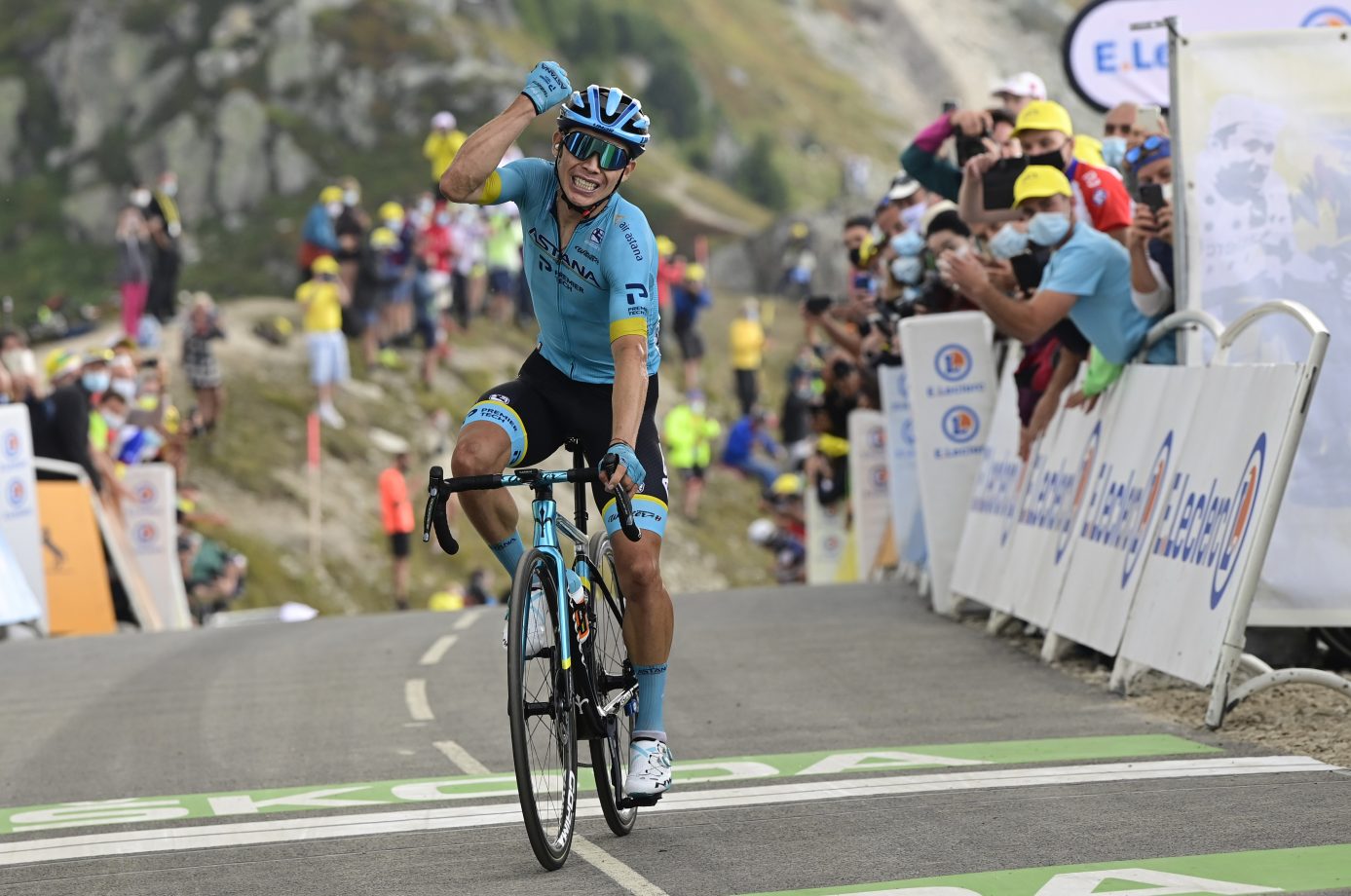 Fifth signing for the Blues this year

Colombian – winner of the 2020 TDF’s Queen stage and GC podium finisher in the Giro and La Vuelta – becomes Telefónica-backed squad’s fifth addition to its men’s lineup for next year.

The Movistar Team confirmed Tuesday that Miguel Ángel López (Pesca, Boyacá, COL; 1994), a current member of the Astana Pro Team, has signed a contract for the 2021 season with the WorldTour outfit managed by Eusebio Unzué.

López’s signing brings the Movistar Team the talent of one of the most talented GC riders in the peloton, a man who can aim at success in every stagerace he takes part in. His palmarès includes podium finishes in the Giro d’Italia, where he took 3rd + the young riders’ jersey in 2018, and La Vuelta, where he claimed third in 2018 and won two stages + 5th in 2019. His Tour de France debut in 2020 included a win at the Queen stage (Col de la Loze) and a strong 6th-place finish, after spending three days in the provisional GC podium.

Winner of the 2014 Tour de l’Avenir, López has also ammassed victories in WorldTour events like the Tour de Suisse (2016) and the Volta a Catalunya (2019), as well as the Tour Colombia (2019); prestigious classics, such as Milano-Torino (2016); and mountain-top finish victories in Algarve, Burgos, Austria, Trentino and Oman.

Miguel Ángel López: “I’m so happy to be part of one of the most important teams in the world of cycling. As I’ve always done, I’ll try to achieve my fullest potential to represent the Movistar Team and the people of Colombia in the best possible way. This has always been a very significant team for my home fans and a crucial factor for the growth of the sport in Latin America, so I’m excited to join them next year.”

Eusebio Unzué: “Miguel Ángel López’s signing marks a really important addition to our men’s team. Having him aboard, we’ll not only enjoy the services of an experienced rider of great results, but also the style of racing from someone who always conceives this sport on the attack, trying to catch the rivals by surprise. He’s someone who knows well what it takes to step onto the podium of the Grand Tours, and who’s achieved important victories in one-week stageraces. His addition to the team further bolsters our potential for the big tours in 2021.”