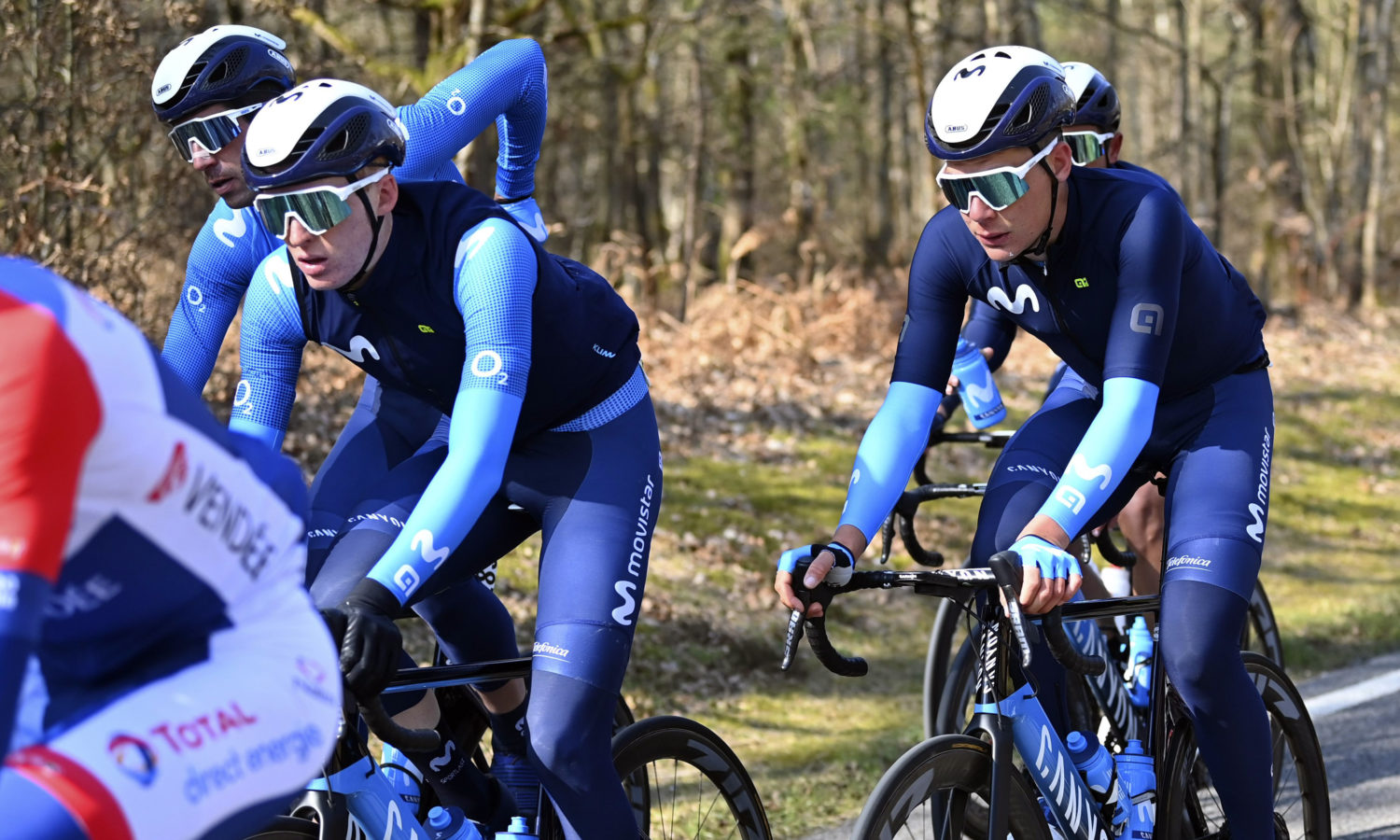 Matteo Jorgenson well supported by his six Movistar Team-mates as Idaho-born rider gets to Tuesday’s Gien ITT with no time loss. Mühlberger unhurt after crash with 10km to go.

The 2021 edition of Paris-Nice will start to get its GC defined on Tuesday at a demanding 14.4km ITT -with a steep final kilometer- in and around Gien, after getting through Monday’s stage two towards Amilly with another group sprint, won by Cees Bol (DSM). Australia’s Michael Matthews (BEX) is the new yellow jersey.

The Movistar Team continued to do a good job to cover the back of their GC contender for the ‘Race to the Sun’, Matteo Jorgenson, who rode well at a difficult moment, just over 90km from the end, as the peloton split into several echelons. The work by Jacobs, Mora, Erviti, Rojas, Mühlberger and Arcas kept the Idaho native well positioned, as he crossed the line again next to the sprinters in 19th place. On a negative note, Mühlberger himself crashed with 10km left, fortunately with no injuries.

Jorgenson, who lives in Nice, is coming into this race with great motivation as the Blues’ designated leader for the first time in his career, following fine performances at his 2021 debut in the Tour de La Provence.