Norsgaard 4th against the wind at Healthy Ageing Tour TT 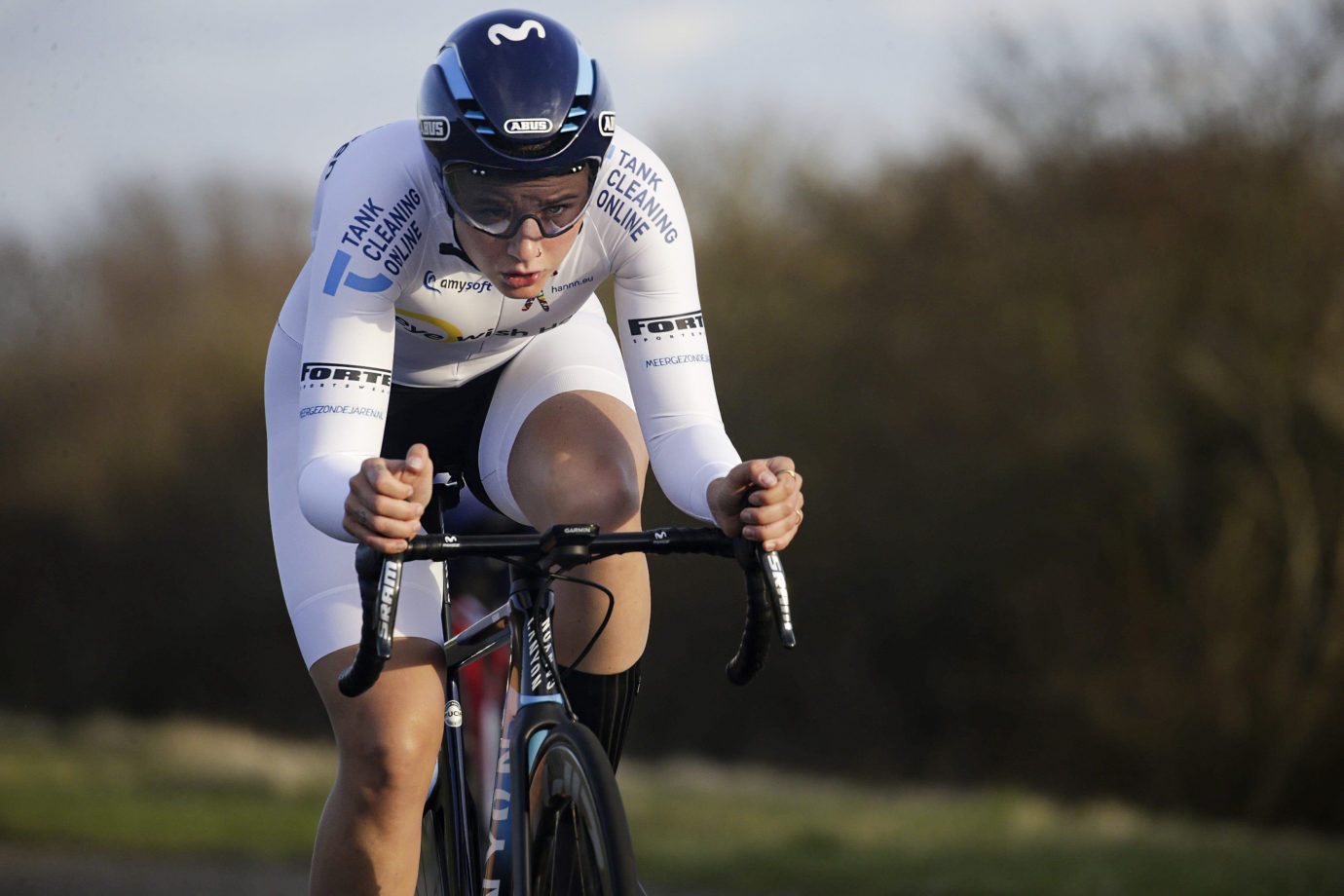 Only three world-class riders -Van Dijk (TFS), Pieters (SDW), Brennauer (WNT)- beat Danish rider from Movistar Team, U23 leader and brilliant once again in one of her main specialties.

A really difficult scenario for competitive cycling, with gusts of up to 90kph which forced the organisers to twice delay -from 11am to 3pm, then 4pm with conventional bikes- the start of the individual time trial in the 2021 Healthy Ageing Tour (14.4km in Lauwersoog), and still Emma Norsgaard (Movistar Team) was able to extract a great result and shine within the best, as she’s done for the entire 2021 early season.

Fighting against those coastal winds, the 21-year-old Danish rider was one of only six competitors to exceed 40kph average over today’s course. Norsgaard actually came just over half a minute behind a dominating Ellen van Dijk (TFS), who was still able to show her class despite an early starting position. Amy Pieters (SDW) and Lisa Brennauer (WNT) completed the day’s podium, and were the only two other riders able to improve from Emma’s time -2nd provisional as she crossed the line-.

Norsgaard thus reinforces her lead in the U23 classification before a tough final stage on Friday, over 17.5 laps of the Dutch national championship circuit at the cobblestones of the VAM-berg (115km).