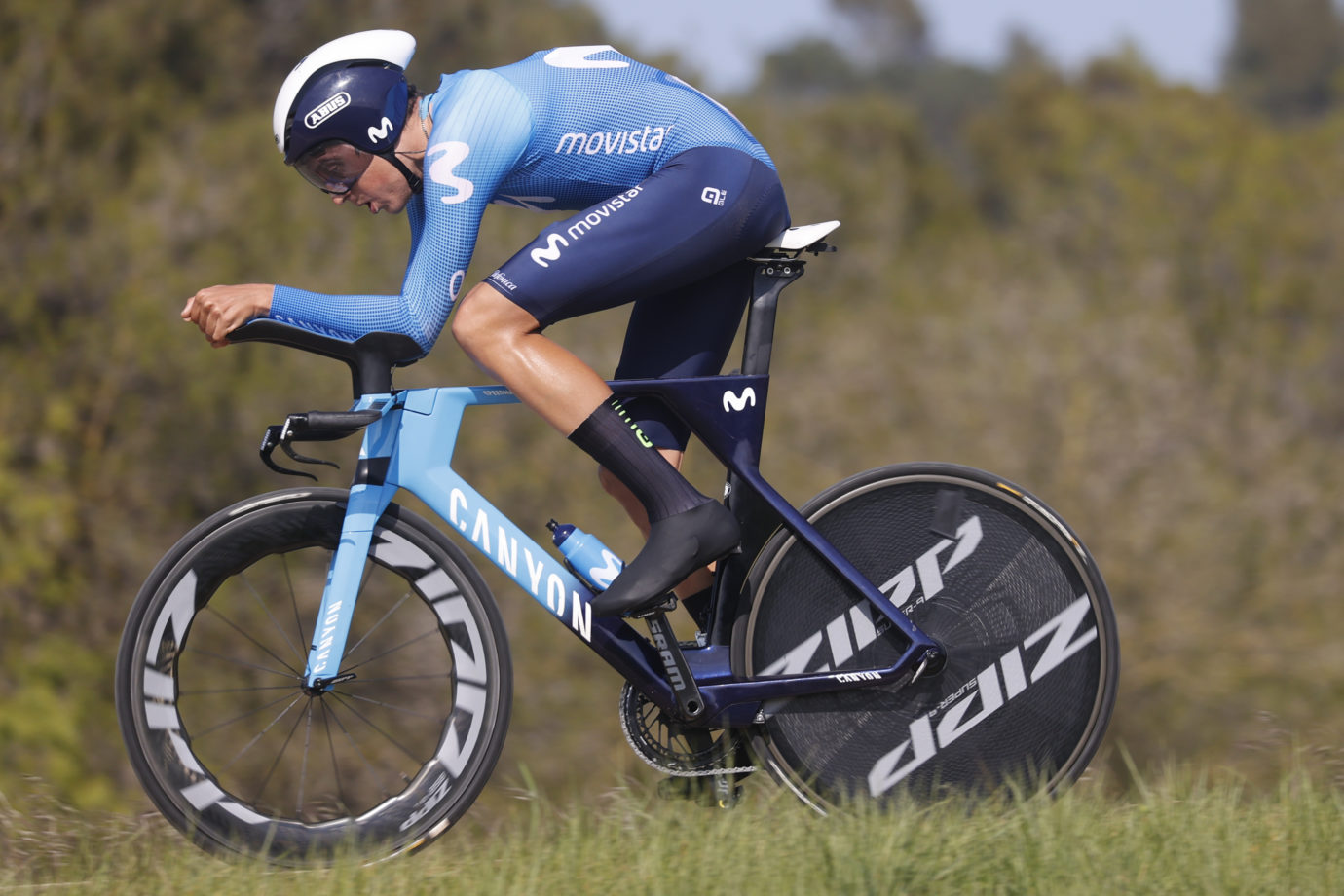 Portuguese rider Joao Almeida (DQT) left Banyoles, venue for the individual time trial (18.5km) of the 2021 Volta a Catalunya, as new race leader after showing his strength, best of the GC contenders, over a technical, lumpy circuit, where the Movistar Team kept the pace of the climbers’ side of the overall classification group to remain in contention.

Marc Soler, the best of the Blues at the ITT, finished just over one minute behind the day’s winner, Rohan Dennis (IGD), and now sits 39″ off the new white-and-green jersey holder, with Alejandro Valverde (46″ from Almeida) and Enric Mas (+51″) in pretty similar performances to those of the Catalan, everyone around 47kph average at the Pla de l’Estany course.

The Telefónica-backed squad will now try, starting on Wednesday, to notably feature at the abundant mountains awaiting for them through to Sunday’s finale. Stage three will be a long one, 203km with one big climb up to more than two thousand metres above sea level, at the ski station of Vallter 2000.