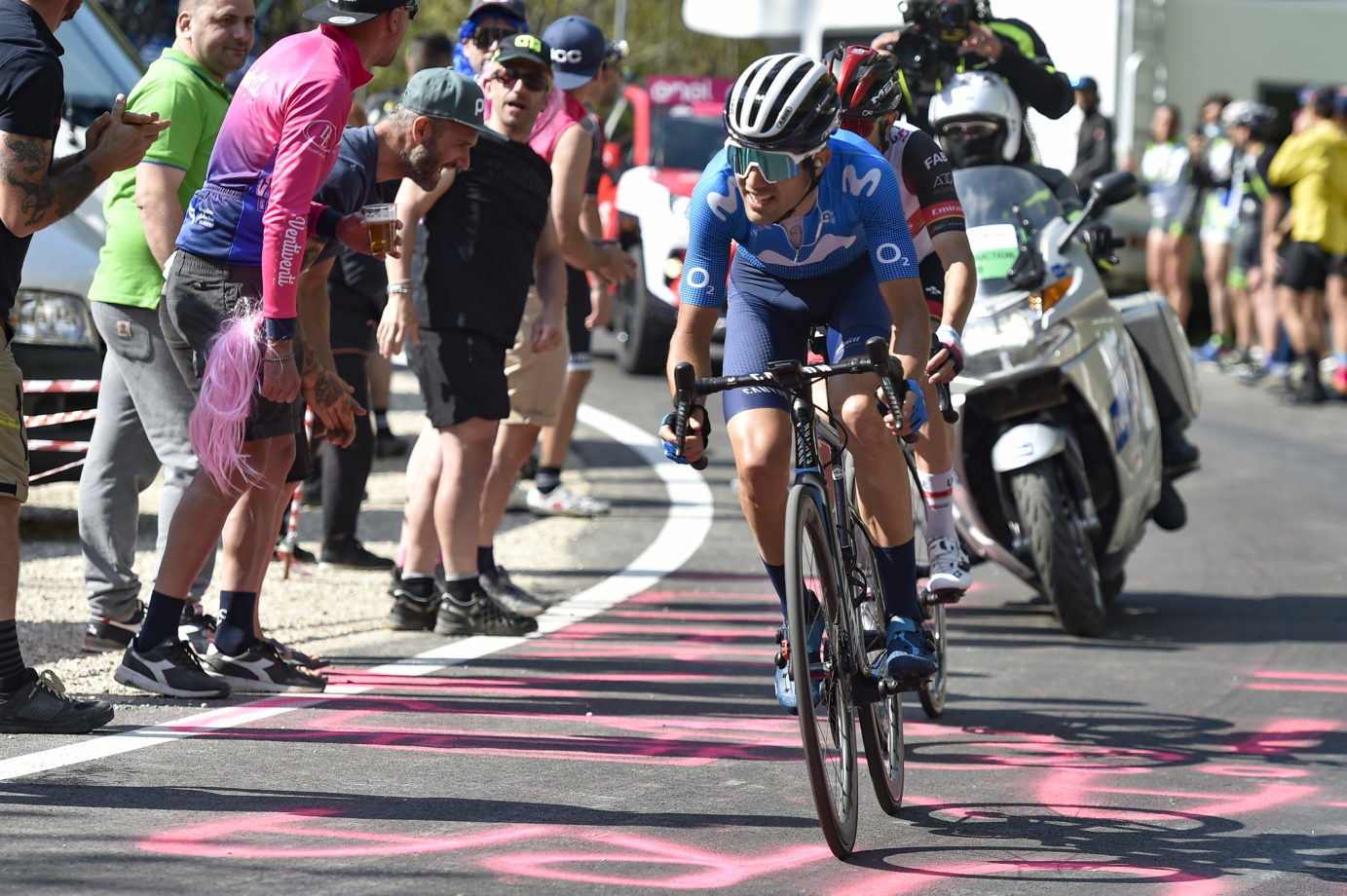 Catalan climber from Movistar Team gets into yet another big breakaway -alongside Matteo Jorgenson-, as Martin (ISN) wins from early move in front of shattered field of GC contenders.

Antonio Pedrero (Movistar Team), a reference of the almost-extinct species of pure climbers in modern cycling, fought hard again to offer the Telefónica-backed squad some joy in the 2021 Giro d’Italia, full of commitment from the whole Blue outfit. The Catalan finished in 8th place at the brutal Sega di Ala climb (Cat-1; 11km at 10%), after making part again of an early break also featuring Matteo Jorgenson.

The young American sacrificed himself to achieve better cooperation into a big group (19 riders) which was reduced to only four leaders at the top of the San Valentino (Cat-1), with Pedrero as well as Gianni Moscon (IGD), Geoffrey Bouchard (ACT) and eventual stage winner Dan Martin (ISN).

The Irishman made his move almost from the foot of the last climb, leaving behind Pedrero, who was only caught by the GC contenders, though, 3km from the end, as the attacks into the group made race leader Bernal (IGD) show cracks while Simon Yates (BEX) made significant gains.

Antonio, who covered the final section of the climb together with the Maglia Rosa, finished just over 1’30” behind the winner, his next goal now being the two big mountain stages left on Friday and Saturday. Before that, Thursday’s stage 18 should offer a different kind of break another chance, on a really long (231km), not–as-difficult route, only with some minor climbs near the finish in Stradella.