Samitier into strong breakaway towards Leukerbad 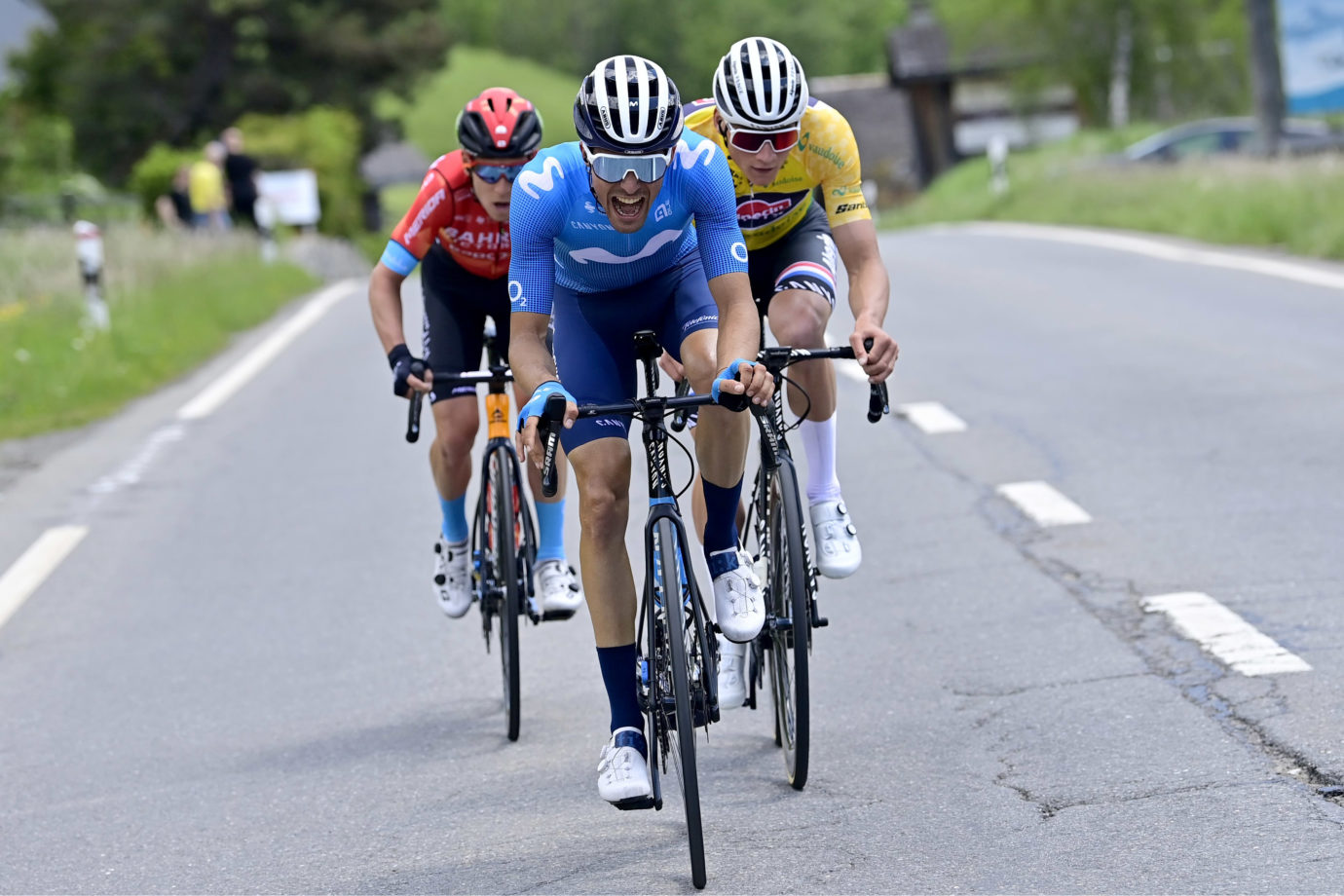 It was a nice effort, at a strong leading group, from Sergio Samitier (Movistar Team) on the first big mountain stage of the 2021 Tour de Suisse, with the climb of Erschmatt (Cat-1) followed by a gentler, yet still uphill, finish in Leukerbad. The Spaniard got himself into the early moves after the Col du Pillon (Cat-1) and joined a long, four-man attempt including the man who was the race leader until today: Mathieu van der Poel (AFC).

The adventure of those two riders, alongside Pernsteiner (TBV) and Imhof (SUI), was caught with 27km from the finish, as the favourites charged towards the climbs. Gonzalo Serrano (18th) was the best Blue rider over the line.

Friday’s stage six will bring the first traditional, long Alpine ascents in the race, starting from Andermatt -venue for the final weekend of the race- and climbing the passes of Gothard (Cat-1) and Lukmanier (Cat-1) before finishing in Disentis-Sedrun.