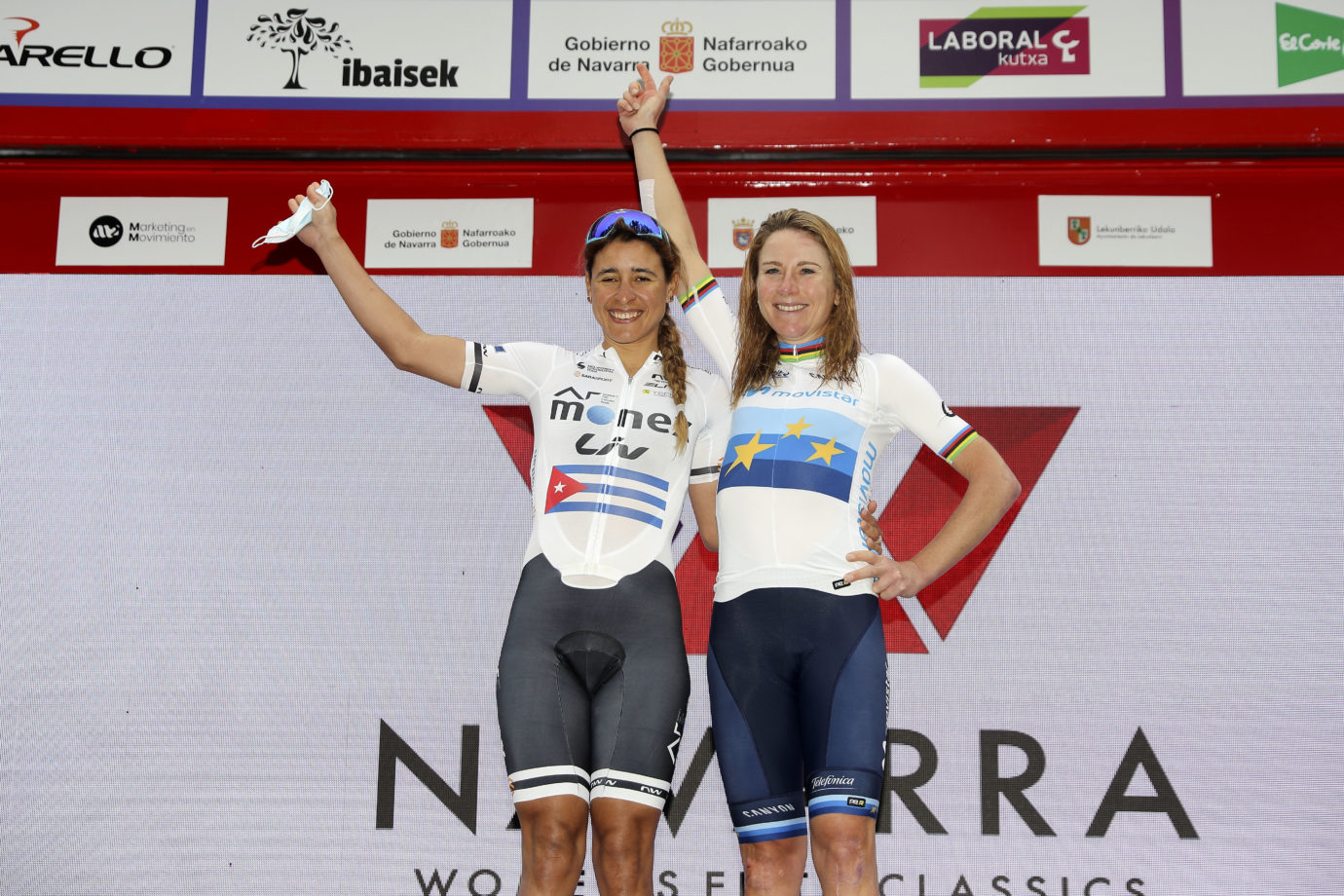 Cuban rider -5th in this year's Worlds RR, one of the strongest allrounders in the WWT- wraps up world-class lineup, with Van Vleuten and Norsgaard again as big leaders.

The Movistar Team confirmed Monday its women’s roster composition for 2022, which will be the fifth season of the Sebastián Unzué-led squad -third as part of the recently-created UCI Women’s WorldTour category- in the top tier of women’s cycling.

In her sixth pro season, after five years as part of Aldo Piccolo’s Astana / AR Monex structure (2017-2021), Sierra (Manzanillo; 1992) will bring the Movistar Team her strong all-around abilities: she’s got great resilience, does well at hilly terrains and has a really strong sprint. She’s completed a fantastic 2021 late season: after her victory at the second of the Navarra Classics in May, she took two stage wins and the GC of the Giro Toscana, stage one of the Tour de l’Ardèche, the Tre Valli Varesine one-day race and a 5th spot in the Flanders World Championships’ road race.

Arlenis Sierra: “I’m so thankful to the team for their confidence. They really want to help me continue to develop myself and reach my best potential. I want to take advantage from this new experience, make the most out of this two-year contract, achieve even better results and improve as a rider and person.”

As the 2022 roster is confirmed, the Movistar Team would also like to wish all the best, and thank for their contribution, to the two departing riders: Alba Teruel, a founding member of the Blue squad in 2018, and Leah Thomas, a big protagonist of the Spanish team’s big success in 2021.