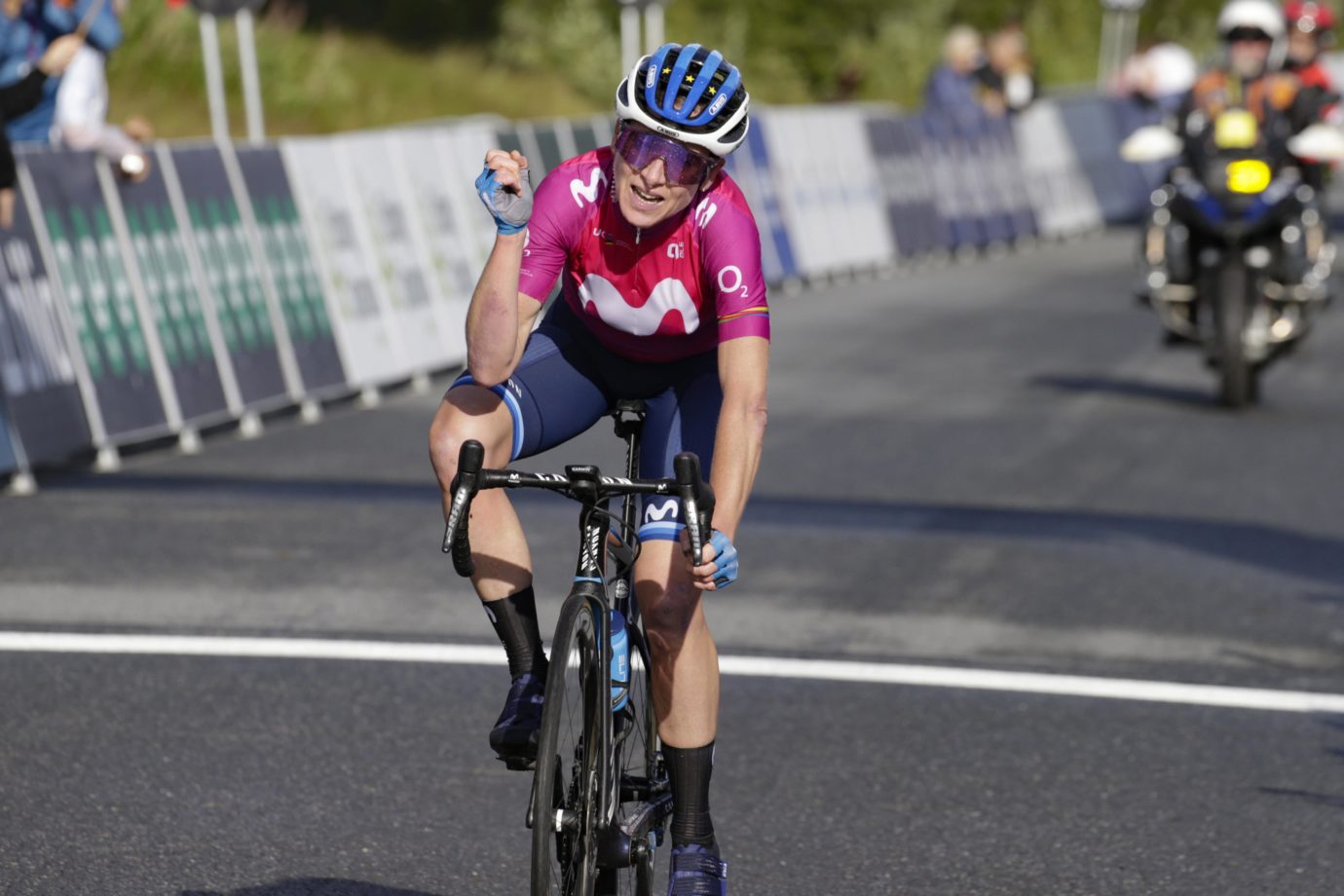 Wins the 2021 WorldTour, will lead the UCI ranking at year's end

Dutch superstar completes another sensational season, leading the table at the two most important world rankings: the WWT one and the Union Cycliste Internationale list.

As the Ronde van Drenthe, the last categorized race of the 2021 season, was held on Saturday, the Movistar Team can now celebrate the final success from its main reference, Annemiek van Vleuten, in the two biggest international rankings: the UCI Women’s WorldTour, which she has led uninterruptedly since July, and the UCI World Ranking, whose list will be led by the Dutchwoman at the end of the year.

Van Vleuten, who obtained 12 victories in 2021, including the Olympic ITT gold, the Ronde van Vlaanderen and three stageraces -two of them (Norway, La Vuelta) part of the WWT-, will end the season with almost 1,600 points of advantage in the World Ranking over her nearest pursuer, Elisa Longo Borghini (TFS). At the WorldTour, which only counts top-ranked events, ‘Miek’ has a 600-point margin over a trio with Demi Vollering (SDW), Longo Borghini and Marianne Vos (TJV).

The Movistar Team’s enormous growth in 2021 -with Emma Norsgaard just off the top-ten (11th) in the world ranking- also sees its effects applied to the team WorldTour and UCI ranking, both of which feature the Sebastián Unzué-led squad in 3rd place, behind SD Worx and Trek-Segafredo. That position could improve even further on January 1st, thanks to the points scored by their 2022 signings: Arlenis Sierra (26th) and Sarah Gigante.