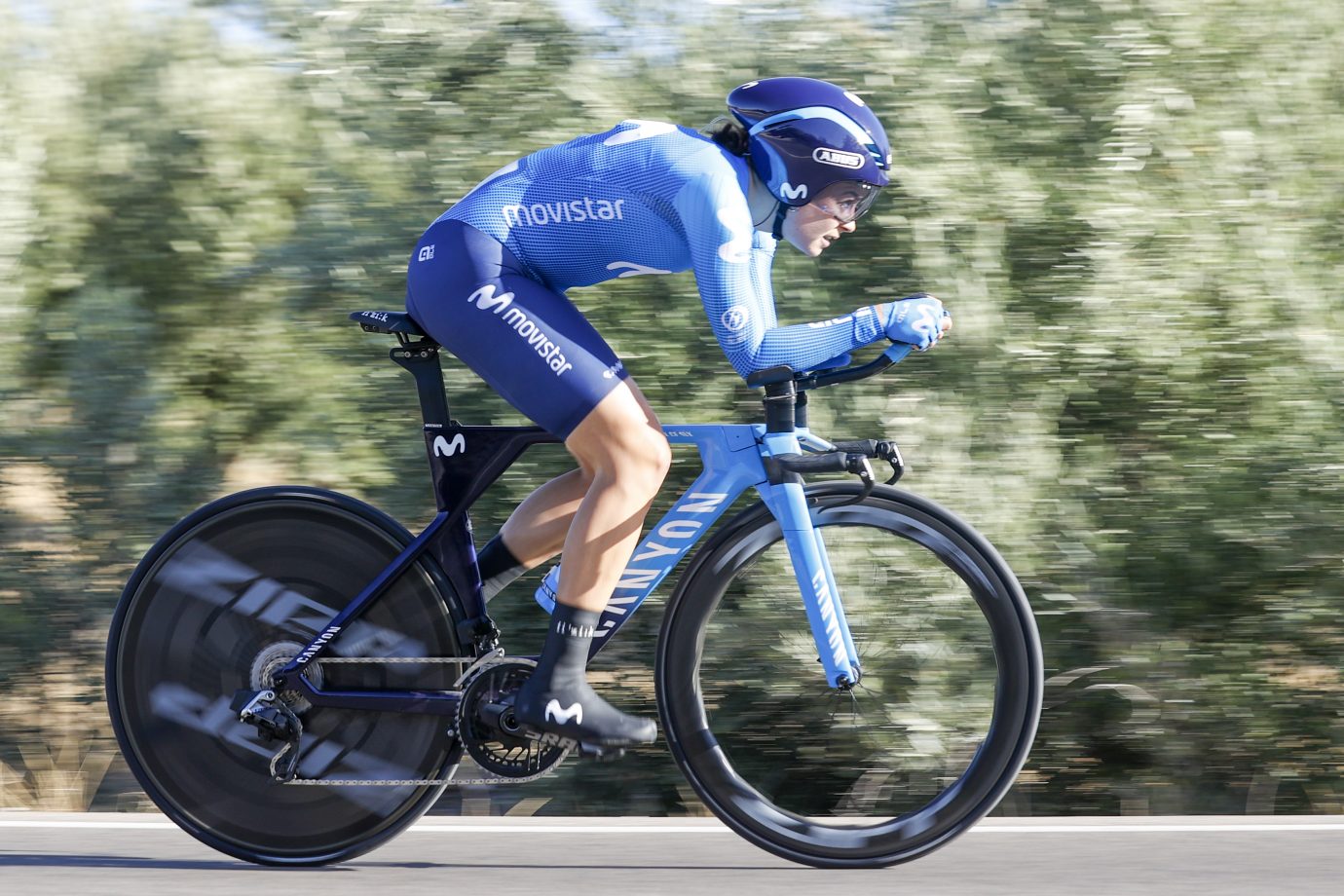 The National Championships weekend across Europe started for the Movistar Team with two bronze medals, for Sheyla Gutiérrez at the Spanish TT in Cazorla (26.3km) and for Aude Biannic, under the rain, in Grand-Champ (28km).

Gutiérrez, who improved over a course with an early fast descent and tough slopes in the approach to the La Iruela finish, went from fifth place in the intermediate checkpoint to third over the line, only behind a dominating Mavi García (ALE) and under-23 champion Sara Martín (SWT), who took gold and silver respectively.

Behind Gutiérrez finished in the Andalusian matinée -the race finished as early as 10.30am- the former Spanish TT champion Lourdes Oyarbide (4th, only 4″ behind her-team-mate), Eider Merino (5th), Alicia González (7th) and Gloria Rodríguez (8th).

Over in France, Aude Biannic followed a progression quite similar to Sheyla’s, going from fifth at the two intermediate points to the third spot of the podium, behind youngster Juliette Labous (SUN) and experienced Audrey Cordon Ragot (TFS), coming back to the French ITT Champs podium after three years. As her team-mates, who will tackle a tough circuit around Úbeda and Baeza, Aude will be riding the road race on Saturday -having won two national titles in the past-, quite close to her home Rennes.

Guarischi 24th at “training ITT” -first Nationals ever- in Italy